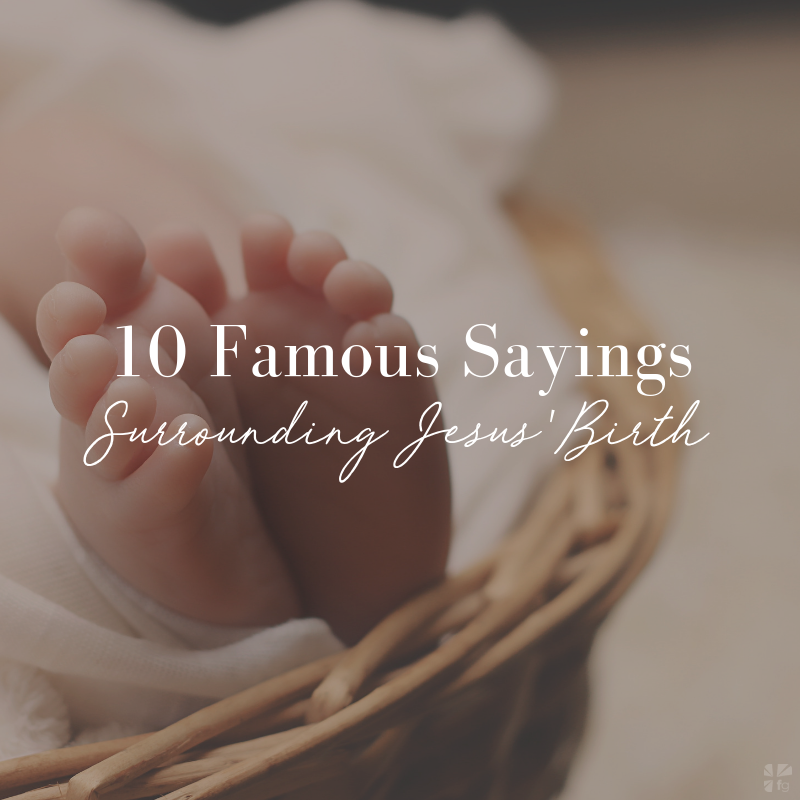 Hear the Words of the Angels, Magi, Shepherds, Mary, Joseph, Elizabeth, Simeon, and Herod Come to Life in a Whole New Way!

The birth of Jesus is depicted in the Gospels of Luke and Matthew and is traditionally represented in nativities with the characters central to the story: Jesus, Joseph, Mary, the shepherds, the magi, and the angels, of course. But how much do you know about what each person said about Jesus’ birth? We invite you to read these famous quotes from Scripture… and we have a special surprise for you! You can listen to the incredibly powerful audio version on our blog from The Bible Experience Audio Bible, narrated by Samuel L. Jackson with performances by a star-studded cast of almost 400 performers, including 23 Grammy winners, 8 Emmy winners, 5 Golden Globe winners, and 3 Oscar winners. If your family has a tradition of reading The Christmas Story every year, you will love this dramatic audio version!

What Did the Angels Say?

What Did Elizabeth Say?

What Did Mary Say?

My soul glorifies the Lord
and my spirit rejoices in God my Savior,
for he has been mindful
of the humble state of his servant.
From now on all generations will call me blessed,
for the Mighty One has done great things for me—
holy is his name.
His mercy extends to those who fear him,
from generation to generation.
He has performed mighty deeds with his arm;
he has scattered those who are proud in their inmost thoughts.

He has brought down rulers from their thrones
but has lifted up the humble.
He has filled the hungry with good things
but has sent the rich away empty.
He has helped his servant Israel,
remembering to be merciful
to Abraham and his descendants forever,
just as he promised our ancestors.”

What did the Shepherds Say?

What did Simeon Say?

Now a man named Simeon was in Jerusalem. This man was righteous and devout. He was waiting for the one who would comfort Israel, and the Holy Spirit was upon him. It had been revealed to him by the Holy Spirit that he would not die until he had seen the Lord’s Messiah. Led by the Spirit, he went into the Temple. When the parents brought the child Jesus to do for him what was customary under the Law, Simeon took the infant in his arms and praised God, saying,

Jesus’ father and mother kept wondering at the things being said about him. Then Simeon blessed them and told Mary, his mother, “This infant is destined to cause many in Israel to fall and rise. Also, he will be a sign that will be opposed. Indeed, a sword will pierce your own soul, too, so that the inner thoughts of many people might be revealed.” (Luke 2:25-35)

What Did the Magi Say?

What Did Herod Say?

Which of the statements surrounding the birth of Jesus moves you the most? How does hearing the words change your perspective on The Christmas Story? Share your thoughts with us!