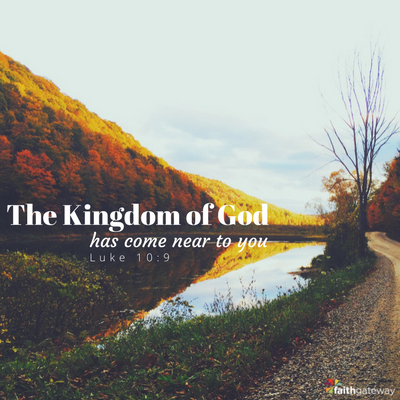 After 2,000 years, we’ve heard the Easter story so many times we often think we know everything about it.

But there are some aspects that are not as well known, particularly the actions that the followers of Jesus took in the days and weeks after the resurrection.

Here are five specific things the disciples did after Easter that may surprise us:

#1.  The disciples were skeptical.  The Gospel records are clear:  many of Jesus’ closest followers were openly skeptical of the early reports of the resurrection.

When the women who first saw Jesus alive reported what they had seen, the other followers dismissed it as “an idle tale” and “did not believe them” (Luke 24:11).

The Gospel of John adds that one of Jesus’ closest followers, named Thomas, refused to believe that God had raised Jesus to life.  He insisted that he would have to put his finger in the nail holes in Jesus’ hands before he would believe such a thing.

Some of the disciples had doubts even when they saw Jesus with their own eyes.

On a mountain in Galilee, Jesus appeared to eleven of His disciples and they worshiped Him there, but, Matthew reports, “some doubted” (Matthew 28:17).

What does that mean for us today?

It means that Christians should acknowledge the skepticism they encounter about the Christian testimony.

“Always be prepared to give an answer to everyone who asks you to give the reason for the hope that you have,” we are told in 1 Peter 3:15. “But do this with gentleness and respect.”

What else did Jesus’ followers do following Easter?

#2.  They broke bread in Jesus’ memory.  It appears that the Last Supper rite that Jesus bequeathed to His followers was put into practice very early, perhaps within days of the Crucifixion.

A story related briefly in Mark and at length in Luke concerns two followers who had an encounter with the risen Jesus near the village of Emmaus, about seven miles from Jerusalem.

The disciples did not recognize the risen Jesus but invited Him to eat with them.  At the table, Jesus took bread, blessed and broke it, and, Luke says, the disciples’ eyes were opened.

They reported the incident to the entire community, saying that Jesus was made known to them in the breaking of the bread (Luke 24:12-35).

What does that mean for us?

Christian denominations differ on how they interpret what the Last Supper means, but it’s clear from the New Testament that Jesus’ earliest followers followed Jesus’ command to “do this in memory of Me.”

According to Acts, after Easter the disciples in Jerusalem “broke bread in their homes and ate together with glad and sincere hearts” (Acts 2:45).

But Jesus’ followers didn’t break bread only.  They did something else as well…

#3.  They searched the Scriptures.   With a few exceptions, the earliest followers of Jesus were devout Jews, steeped in the traditions and laws of their ancestors.  It was natural, then, for them to search their ancient holy books (or holy scrolls) to find explanations for the extraordinary events that had happened in their midst.

Modern skeptics make much of the parallels between the Gospels and Old Testament texts, examples of what scholars call midrash, the Jewish technique of stitching Biblical passages together to expand on a given point or interpret an event. They claim that this shows New Testament incidents were just made up.  But this is to misunderstand what midrash is.

A modern equivalent might be a journalist who says a current U.S. president “cannot tell a lie,” deliberately referencing a very old saying about George Washington but also, at the same time, making a comment on a real situation in the present day.

It’s clear from the New Testament that Jesus’ followers did search the Jewish scriptures, often using the Greek translation known as the Septuagint.

Acts describes how the apostles, particularly Peter, explained in great detail the meaning of passages in the Hebrew Bible and how they explained Jesus’ life and mission.  The apostle Philip did the same with the Ethiopian eunuch.  Later, Paul and Barnabas also explained the Jewish scriptures in synagogues throughout Cyprus and what is now central Turkey.

The meaning for Christians today is that we, too, should be like the residents of Berea who received the Gospel message with great eagerness but “searched the scriptures every day to see if what Paul said was true” (Acts 17:11).

#4. They took care of the sick.  A major component of Jesus’ mission on earth appears to have been free healing.  Twenty-five of the thirty-seven miracles attributed to Jesus in the New Testament, or fully 65 percent, are miracles of healing.

One of the first things the gospel of Mark says about Jesus is that He was a healer:

[Jesus] healed many who were sick with various diseases, and cast out many demons. — Mark 1:34

What is less well known is that Jesus commanded His followers to do the same.

According to Matthew’s account, Jesus called His twelve apostles and instructed them to heal “every disease and every affliction” (Matthew 10:1). In Luke, Jesus sends out seventy-two of His disciples as emissaries of the kingdom, instructing them specifically to

The very first miracle recorded in the Acts of the Apostles after Easter is the healing of a lame beggar by Peter who was seated on the steps leading up to the Beautiful Gate, probably the spectacular bronze doors donated to the Temple a few years earlier by  the Alexandrian craftsman Nicanor.

“I have no silver and gold, but what I do have I give to you,” Peter told the man. “In the name of Jesus Christ of Nazareth, rise up and walk!”  Throughout the rest of Acts, Peter and the other disciples are engaged in a healing ministry, for example through the healing of Aeneas and the resuscitation of Tabitha (Acts 9:32-40).

Ever since, Christians have been involved in medical mission work – building hospitals, establishing medical organizations such as the Red Cross.  The original hospital for the sick in Paris, France, the Hôtel-Dieu, first opened in AD 651 and still operates today in the very same location.

We should remember that medical missions have been an essential part of the Christian witness from the very beginning.

#5.  They invited others into their fellowship.  In the 20th century, some New Testament scholars claimed that Jesus never intended to launch a movement or form a fellowship.

But that is precisely what the earliest Christian records say.  The Gospels and the rest of the New Testament are emphatic that Jesus instructed His followers to “make disciples of all nations” (Matthew 28:19).

From the very beginning, it appears, this was Jesus’ intention for His followers.  Jesus’ first challenge to the Galilean fisherman Simon bar Jonah, for example, was for him to follow Jesus and He would make him “a fisher of men.”

Indeed, that was one of Jesus’ metaphors to explain what the kingdom of God is like, a fishing net.  “The kingdom of Heaven is like a net that was thrown into the sea and gathered fish of every kind,” He told a crowd one day on the lakeshore.

Within weeks of Easter, then, Jesus’ followers were inviting everyone who would listen into their fellowship.  According to Acts, after Simon Peter’s sermon to the crowds gathered at Pentecost, “about three thousand” people joined the community in a single day.

This is surprising because in the ancient world religious groups were often exclusive.

The sociologist Rodney Stark points out that the phenomenal growth of the Christian movement can be explained, at least partially, by the welcoming attitude of Jesus’ followers towards groups scorned by other religious movements, such as women, slaves, Samaritans and foreigners.

Stark estimates that the Jesus movement grew at the rate of about 40 percent per decade,  from an initial 1,000 followers to roughly 217,000 followers at the end of the second century, to almost 34 million in AD 350, to 2 billion today.

Not surprisingly, the rapid growth of the Jesus movement was also due in large part to the other steps the disciples of Jesus took after Easter – their willingness to patiently answer the skepticism of their critics, break bread with strangers, search the scriptures and take care of the sick.

These, more than anything, proclaimed to the world what Jesus and His followers were all about.  It is something worth pondering in our secular world…

Original post by Robert Hutchinson for Devotionals Daily. Hutchinson is the author of numerous books.  His most recent is The Dawn of Christianity: How God Used Simple Fishermen, Soldiers, and Prostitutes to Transform the World (Nelson Books, 2017).  He blogs at RobertHutchinson.com

As followers of Jesus, how are we doing following what He said we should do? We have a great privilege set before us — doing as His first followers did! Come share with us on our blog. We want to hear from you! ~ Devotionals Daily