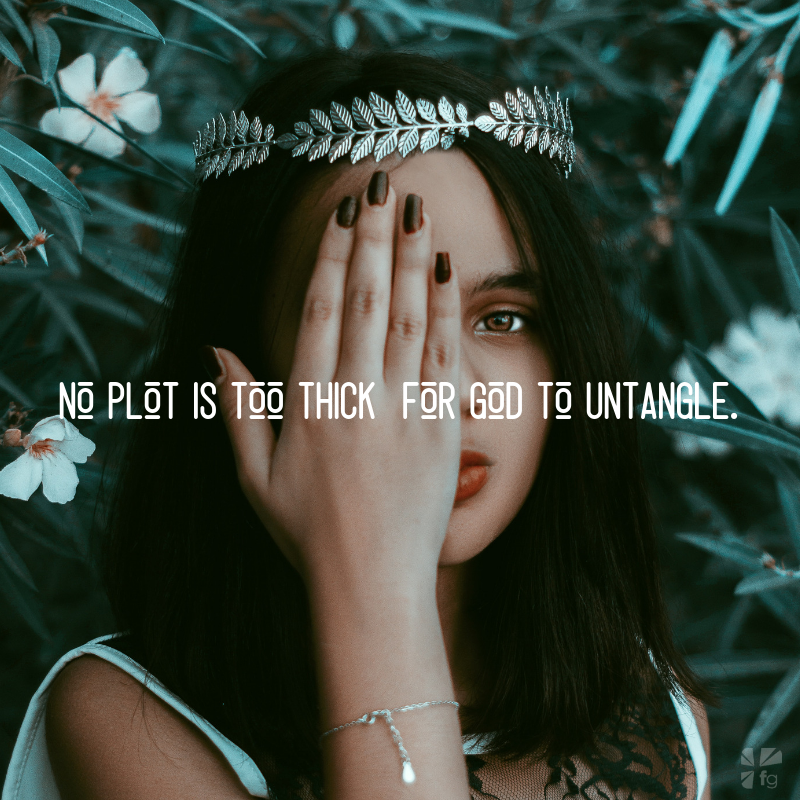 On the third day Esther put on her royal robes and stood in the inner court of the palace, in front of the king’s hall. The king was sitting on his royal throne in the hall, facing the entrance. When he saw Queen Esther, he was pleased with her and held out to her the gold scepter. So Esther approached. — Esther 5:1-2

Sometimes a chain of events can start when one seemingly innocuous domino falls.

Case in point: Esther approached Xerxes, who welcomed her rather than having her killed. She invited Xerxes and Haman to a banquet. After accepting the invitation, Haman was feeling good about himself — until at the king’s gate he saw that Mordecai

neither rose nor showed fear in [Haman’s] presence. — Esther 5:9

Haman was enraged! And the plot thickened.

That night Xerxes couldn’t sleep, so at his request a servant read to him from the kingdom’s chronicles, and he just “happened” to read about Mordecai foiling an assassination plot and saving Xerxes’s life. Learning that Mordecai had never been honored, Xerxes asked Haman what should be done for him. Thinking Xerxes wanted to honor him, Haman described an elaborate and generous show of respect. Not so fast, Haman.

No plot is too thick for God to untangle.

Excepted with permission from The Story Devotional, copyright Zondervan.

The Book of Esther is just 10 short chapters and yet it is a story full of suspense and danger that teaches us that even when we don’t see Him, God is always at work in the lives on His people. There are no coincidences. Things don’t just “happen”. God ordains and weaves our lives in an intricate fashion to allow His purposes and show off His glory. How have you seen this happen in your own life? Come share with us on our blog. We want to hear from you! ~ Devotionals Daily