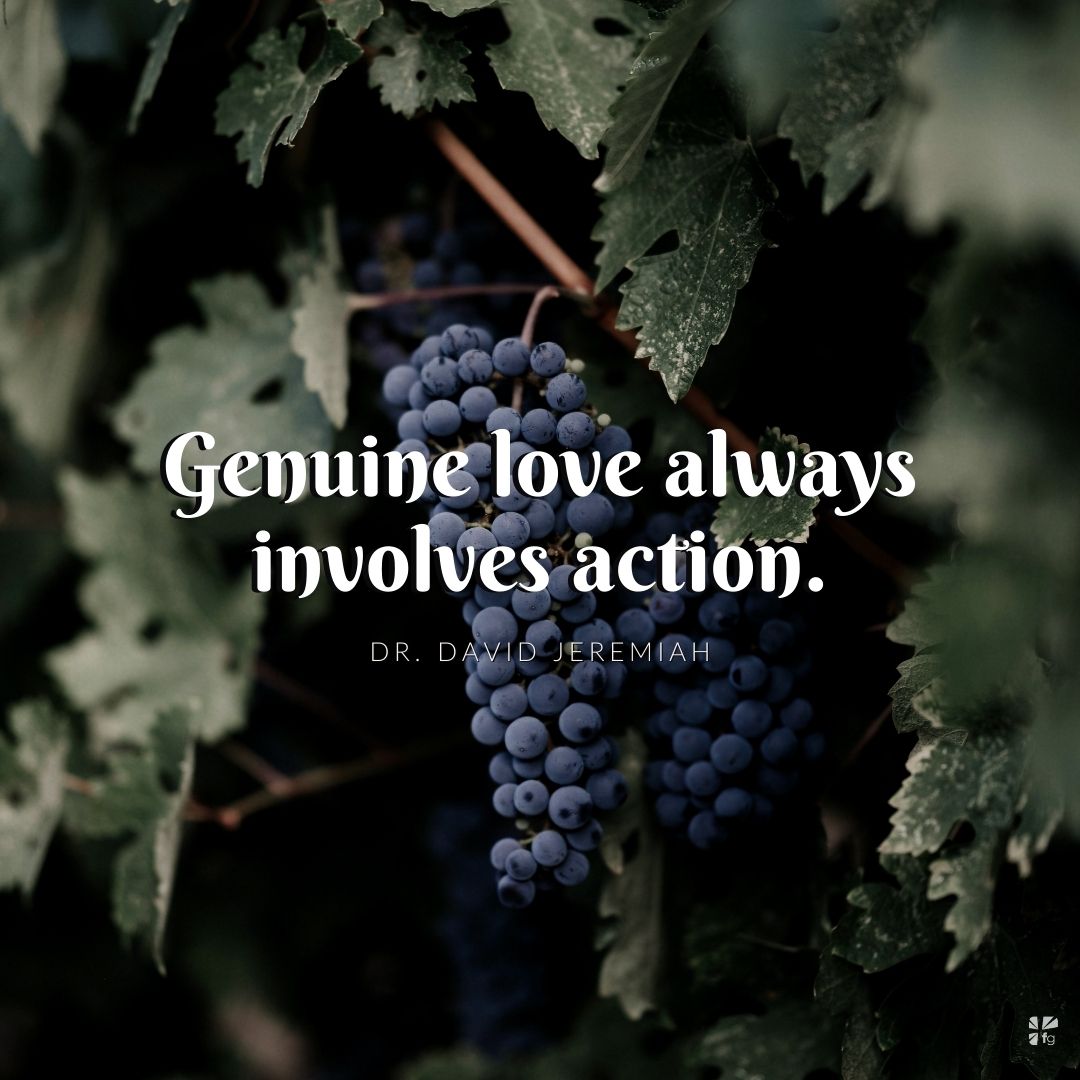 Compassion Is Not Abstract

A certain man went down from Jerusalem to Jericho, and fell among thieves, who stripped him of his clothing, wounded him, and departed, leaving him half dead.

Jerusalem is some 2,300 feet above sea level, and Jericho is about 800 feet below sea level. So the road where the traveler was left for dead was steep, filled with narrow gorges and short curves that provided excellent hiding places for robbers.

The lawyer would have known how dangerous this road was. He’d have been able to picture in his mind the bruised and wounded body of the traveler. In telling him this story, Jesus refused to allow the lawyer to deal with compassion in the abstract.

And Jesus will not allow us to be abstract about the identity of our neighbor today either.

In 2003, California experienced its largest wildfire in more than a century. The Southern California Cedar Fire was a confluence of fifteen individual fires intensified by the hot, dry Santa Ana winds. It destroyed more than 2,300 homes and incinerated more than 280,000 acres. Many families in our congregation lost their homes to that fire.

In the mountains just above our church campus is a small community called Crest. Almost every family in Crest was severely impacted by the cedar fire. These people were our neighbors, and they desperately needed our help.

For the next six weeks, we adopted the Crest community. We collected blankets, clothing, shoes, and toys. One of our couples, David and Debbie St. John, made Crest their home for those six weeks. Debbie spent long hours every day helping people fight their way back from this awful fire.1

One of my most vivid memories of that time was being a part of one of our ministry teams for a day. An important act of compassion we offered families who lost their homes was helping them clean off the concrete slab their home had stood on so the debris could be trucked away and rebuilding could begin.

As a team we helped these people sift through the burnt debris of what had once been their home, looking for items of value that might have withstood the fire. I’m talking about jewelry, occasionally even some pictures. When we finished, we invited the family who’d lived in that home to join hands with our team in a circle of prayer. I never had such a hard time getting through a prayer as I did that day. And I never felt so useful to God as a pastor and as an individual.

We have people in our church today who first felt the love of God during that fire. Before the fire, they were our neighbors. Because of the fire, we became neighbors to them.

COMPASSION IS NOT AFRAID

Jesus continued the story, saying that by chance a certain priest came down the road (Luke 10:31). Again, Jesus’ listeners would have known the backstory. The temple required twenty-four teams of priests, with each team allowed to serve in the temple proper for only two weeks a year. The priest who traveled down that road would have been one of the twelve thousand priests living in Jericho at that time, and he might have just finished his two-week stint in the temple. As he walked along, he was remembering and reliving the excitement and joy of his fourteen days in the holiest place on earth. His desire to serve God out of purity and holiness was at an all-time high.

Suddenly this priest sees the wounded man, and he’s forced to confront the neediness and dirtiness of the real world. And he’s afraid!

There was no way the priest could be sure if the man was alive or dead, and he couldn’t afford to find out. By the religious law of that time, if the man was dead and the priest touched him, the priest would have been ceremonially unclean for seven days. So the priest made a decision; he put the afterglow of his temple experience above the claims of suffering humanity. Not only did he pass by the wounded man; he passed by on the other side of the road.

COMPASSION IS NOT ANALYTICAL

It’s easy to become paralyzed when we analyze. Because we are busy analyzing everything that needs to be done, we fail to do anything. This paralysis by analysis is what happened to the next character in Jesus’ story.

Likewise a Levite, when he arrived at the place, came and looked, and passed by on the other side. — Luke 10:32

The Levite was a servant of the temple, a minister of religious worship and an interpreter of the law. He should have been eager to help this distressed soul. He had the opportunity, he had the knowledge, and he even had a bit more curiosity.

The Levite actually took the trouble to go near and look at the victim. But then he did the unthinkable. He crossed to the other side of the road and made no attempt to help. He probably knew the man was alive and suffering yet, heartlessly, did nothing.

The priest and the Levite illustrate the fact that religious work does not make the worker religious. They probably were both very good at their official work in the service of God, but because they lacked compassion, they did not — could not — understand what serving God really meant.

Now that we’ve discovered what compassion isn’t, what is it?

COMPASSION CAN SURPRISE YOU

But a certain Samaritan, as he journeyed, came where he was. And when he saw him, he had compassion. So he went to him and bandaged his wounds, pouring on oil and wine; and he set him on his own animal, brought him to an inn, and took care of him. On the next day, when he departed, he took out two denarii, gave them to the innkeeper, and said to him, ‘Take care of him; and whatever more you spend, when I come again, I will repay you.’ — Luke 10:33-35

To fully understand this story, you have to know that there were few people Jesus could have used as an example of compassion who would have shocked His listeners more — especially the “certain lawyer.” The Samaritan was a foreigner, with strange clothes and an odd accent. The Samaritans hated the Jews, and the Jews hated the Samaritans. He wasn’t like the others in the story, with whom the listeners could identify.

Out of all those who could have been neighbors to this man, the one who became a neighbor out of compassion was a despised foreigner, a Samaritan. This thought would have been particularly intolerable to the lawyer. Picture the moment when Jesus asked the lawyer at the end of the story which of the three men had demonstrated that he was a neighbor, and the lawyer said,

He could not even mention the fact that he was a Samaritan.

COMPASSION IS ABOUT WHAT YOU SEE

The priest, the Levite, and the Samaritan all looked at the traveler. But only the Good Samaritan saw him.

For Jesus, who is the ultimate Good Samaritan, compassion began with what He saw. On many occasions in the Gospels, Jesus’ compassion was linked to seeing. In Matthew 9, He saw a crowd of people who were weary and confused, and He had compassion on them. In Matthew 14, Jesus saw another great multitude, and He healed their sick. In Mark 6, Jesus saw those who were like sheep without a shepherd, and He was moved with compassion to teach them.

When Jesus looked at those around, He saw opportunities to help. And in seeing, He was moved to compassion in many ways.

He touched lepers, cured sick people, befriended social pariahs, and cherished children. His last acts were to pray for the forgiveness of His murderers and then to look beside Him and feel compassion for a dying thief whom He encouraged and assured of salvation. In His deepest hours of agony, never for a moment did He take a break from showing compassion to others. The more difficult His life became, the more people crowded around Him with demands, and the closer He moved to a torturous death, the more loving, compassionate, and forgiving He became.2

When Jesus saw broken humanity, His heart was moved with compassion. And in this story the Samaritan saw this broken traveler through the eyes of Jesus and had compassion for him.

And seeing him, he had to do something.

COMPASSION IS ABOUT WHAT YOU DO

The Good Samaritan did more than observe the fallen traveler as the others had done. If I have counted correctly, he performed nine different acts of compassion on this wounded stranger. Not only that, he did this at his peril. By getting involved in this situation and tarrying on the road, the Samaritan risked the same kind of treatment that had befallen the wounded man.

Unlike the priest, the Samaritan touched the traveler with hands of kindness and compassion. No ceremonial reason restrained him. He bandaged the stranger’s wounds, bathed his sores, and helped him to a safe place where he could recover. This was true compassion on display. This was compassion at work.

But whoever has this world’s goods, and sees his brother in need, and shuts up his heart from him, how does the love of God abide in him? My little children, let us not love in word or in tongue, but in deed and in truth. — 1 John 3:17-18

Excerpted with permission from A Life Beyond Amazing by Dr. David Jeremiah, copyright David P. Jeremiah.

Compassion is more than looking; it’s seeing. It’s caring. It’s doing something. It’s risking. It’s costly! Who can you show compassion to today?