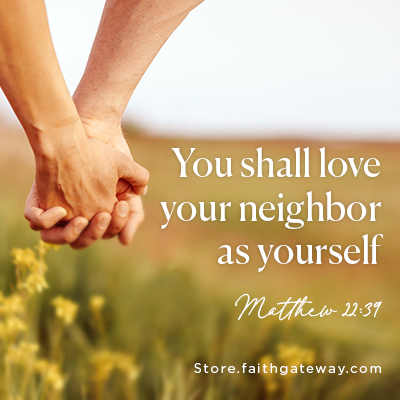 Many will be offended, will betray one another, and will hate one another. Then many false prophets will rise up and deceive many. And because lawlessness will abound, the love of many will grow cold. — Matthew 24:10-12

Except for 1968 with its riots and assassinations, I can’t remember a more challenging year for America in my lifetime than 2020. Between the pandemic, the flaring of racial tensions after the death of George Floyd, a floundering economy, skyrocketing murder rates, and the impeachment of President Donald Trump, people had a lot to argue about. Of course, the US presidential election added fuel to those fires.

In the midst of that tension and animosity, pastor Chris Hodges of Birmingham, Alabama, logged onto his Instagram account one day and clicked “like” on a small number of posts from a conservative author and speaker. Can you imagine something so innocuous causing trouble? Well, it did.

A high school English teacher living in Birmingham saw what pastor Hodges had done and felt uncomfortable. She created a Facebook post to address that discomfort, including an image of Hodges’s name next to the notorious “likes.” She later ironically told reporters, “I would be upset if it comes off as me judging him… I’m not saying he’s a racist. I’m saying he likes someone who posts things that do not seem culturally sensitive to me.”

In less than two weeks, the Birmingham Housing Authority voted to cut ties with Pastor Hodges and the Church of the Highlands, no longer allowing the church to rent space for one of its campuses. The Housing Authority also cut ties with Christ Health Center, a separate ministry founded by Church of the Highlands to provide free health services for residents of public housing.

Now, stop and think about that. A local government shut down a free clinic for the poor in the middle of a public health crisis! Why? In their words, “Pastor Hodges’ views do not reflect those of HABD and its residents.”1

That wasn’t the end. The Birmingham Board of Education also voted to cut ties with Church of the Highlands after the so-called scandal. For several years, the church had rented two high school auditoriums to serve as additional campuses on Sunday mornings, paying more than $800,000 for that privilege. No more. The leases were terminated immediately.2

Ed Stetzer was quick to point out the sad irony of these decisions, given all the ways Hodges and his church have contributed to the Birmingham community and beyond. He wrote:

[Chris] has… led his church to be the largest diverse church in Alabama, to engage the poor and marginalized, and to minister widely and well in his community. He and the church he leads has served the poor, engaged the sick, volunteered in the schools, and more. During the pandemic, Church of the Highlands has served thousands of meals, made masks, hosted blood drives, and helped other churches with online services. He also liked some social media posts. Get the pitchforks.3

The long and short of it was that Pastor Hodges had been “canceled” because he liked a few posts from a popular conservative pundit.

The word cancel once described what we did to magazine or newspaper subscriptions, or to what happened to a faltering television program. Now it’s what we do to people.

In our society, canceling someone is a punishment for doing something, saying something, or even thinking something that violates a set of unwritten rules currently in play throughout much of the liberal world. These punishments are typically carried out in three stages:

Professor Evan Gerstmann said, “There is no single accepted definition of cancel culture, but at its worst, it is about unaccountable groups successfully applying pressure to punish someone for perceived wrong opinions. The victim ends up losing their job or is significantly harmed in some way well beyond the discomfort of merely being disagreed with.”4

What does it take for a person to be canceled? We’d like to know because most of us would rather avoid the experience. But no one knows what it takes to be canceled. At least, not specifically. As I said, the boundaries that govern this new way of life — what many are calling “cancel culture” — are unclear. The rules are unwritten, and it reminds me of a car driven by an inebriated person, swerving from lane to lane. We’d best stay out of the way, if possible.

Yet it’s not always possible. People have been canceled for a broad range of offenses — everything from being accused of rape to voting the wrong way to expressing unpopular opinions. Or even liking social media posts that make other people feel “uncomfortable.”

One of the more frightening aspects of cancel culture is that its tendrils extend even to regular members of society. You don’t have to be famous to be canceled. For example, Mary Purdie is a local artist who was accused of plagiarism when a piece she designed went public. The accusations were false, but that didn’t matter to the hundreds of people who posted hateful comments on her Instagram account and found other ways to harass her. She even attempted to apologize for a possible misunderstanding, but, in her words, the apology was “torn to threads.”

“I’ve survived five miscarriages and breast cancer,” Purdie told Good Morning America, “and this was still the worst thing that’s happened to me.”5

If this culture sounds unreasonable to you — even unbiblical — you’re correct. When Jesus was asked to identify the most important commandment in the Bible, He replied with a two-for-one special:

I can think of few things less loving than publicly excoriating random people, even trying to get them fired and shamed and silenced, all for the sin of daring to disagree with a prevalent opinion. Yet that’s what cancel culture demands.

It bears noticing that Jesus spent a lot of time with people in His day who had been canceled, so to speak. Remember the woman at the well? Women were considered second-class citizens in the ancient world, and Samaritans were scorned. Even her own people shunned her, which is why she came alone to draw water from the community well during the

heat of the day. Yet Jesus approached her. He spoke kindly to her. He even offered her the water of life, saying:

Jesus touched lepers who were untouchable according to the law. He welcomed sinners who were despised. He blessed children when others tried to nudge them away. He expressed compassion for a woman taken in adultery, and He accepted the worship of a woman criticized for pouring perfume on His feet. He touched the eyes of the blind and the ears of the deaf. He cast demons from the violent. During His final hours He comforted a criminal nailed to a cross beside Him. After His resurrection, He reassured a doubting disciple and reestablished the one who had denied Him.

Jesus had no place in His heart for the cancel culture, but He was wonderful at demonstrating God’s love and grace to everyone. He still is.

Excerpted with permission from Where Do We Go From Here? by Dr. David Jeremiah, copyright David P. Jeremiah.

Cancel culture is not Jesus’ way at all. He hasn’t cancelled you. He’s right with you no matter what you’ve done, whether other people have rejected you or stuck around. He will always be your biggest Supporter and Friend! Come share your thoughts with us. We want to hear from you! ~ Devotionals Daily