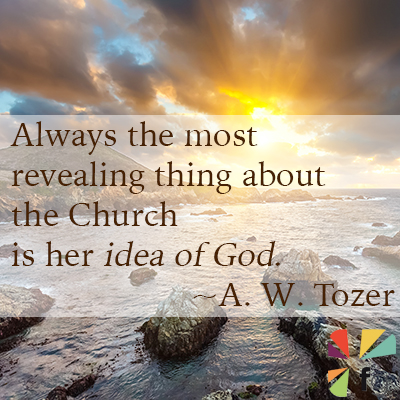 What is God Like? Hebrews 13:8, reminds us that He is the same yesterday, today, and forever. But has our view of God changed throughout the generations? A.W. Tozer offers a challenging and thought provoking challenge to the modern church. The following article is from the book Knowledge of The Holy published in 1961.

Knowledge of the Holy

What comes into our minds when we think about God is the most important thing about us.

The history of mankind will probably show that no people has ever risen above its religion, and man’s spiritual history will positively demonstrate that no religion has ever been greater than its idea of God. Worship is pure or base as the worshiper entertains high or low thoughts of God.

For this reason, the gravest question before the Church is always God Himself, and the most portentous fact about any man is not what he at a given time may say or do, but what he in his deep heart conceives God to be like. We tend by a secret law of the soul to move toward our mental image of God. This is true not only of the individual Christian, but of the company of Christians that composes the Church.

Always the most revealing thing about the Church is her idea of God, just as her most significant message is what she says about Him or leaves unsaid, for her silence is often more eloquent than her speech. She can never escape the self-disclosure of her witness concerning God.

Were we able to extract from any man a complete answer to the question, “What comes into your mind when you think about God?” we might predict with certainty the spiritual future of that man. Were we able to know exactly what our most influential religious leaders think of God today, we might be able with some precision to foretell where the Church will stand tomorrow.

Without doubt, the mightiest thought the mind can entertain is the thought of God, and the weightiest word in any language is its word for God. Thought and speech are God’s gifts to creatures made in His image; these are intimately associated with Him and impossible apart from Him. It is highly significant that the first word was the Word: “And the Word was with God, and the Word was God.” We may speak because God spoke. In Him word and idea are indivisible.

That our idea of God corresponds as nearly as possible to the true being of God is of immense importance to us. Compared with our actual thoughts about Him, our creedal statements are of little consequence. Our real idea of God may lie buried under the rubbish of conventional religious notions and may require an intelligent and vigorous search before it is finally unearthed and exposed for what it is.

Only after an ordeal of painful self-probing are we likely to discover what we actually believe about God.

A right conception of God is basic not only to systematic theology but to practical Christian living as well. It is to worship what the foundation is to the temple; where it is inadequate or out of plumb the whole structure must sooner or later collapse. I believe there is scarcely an error in doctrine or a failure in applying Christian ethics that cannot be traced finally to imperfect and ignoble thoughts about God.

It is my opinion that the Christian conception of God current in these middle years of the twentieth century is so decadent as to be utterly beneath the dignity of the Most High God and actually to constitute for professed believers something amounting to a moral calamity.

All the problems of heaven and earth, though they were to confront us together and at once, would be nothing compared with the overwhelming problem of God: That He is; what He is like; and what we as moral beings must do about Him.

The man who comes to a right belief about God is relieved of ten thousand temporal problems, for he sees at once that these have to do with matters which at the most cannot concern him for very long; but even if the multiple burdens of time may be lifted from him, the one mighty single burden of eternity begins to press down upon him with a weight more crushing than all the woes of the world piled one upon another. That mighty burden is his obligation to God. It includes an instant and lifelong duty to love God with every power of mind and soul, to obey Him perfectly, and to worship Him acceptably. And when the man’s laboring conscience tells him that he has done none of these things, but has from childhood been guilty of foul revolt against the Majesty in the heavens, the inner pressure of self-accusation may become too heavy to bear.

The Gospel can lift this destroying burden from the mind, give beauty for ashes, and the garment of praise for the spirit of heaviness. But unless the weight of the burden is felt the Gospel can mean nothing to the man; and until he sees a vision of God high and lifted up, there will be no woe and no burden. Low views of God destroy the Gospel for all who hold them.

Among the sins to which the human heart is prone, hardly any other is more hateful to God than idolatry, for idolatry is at bottom a libel on His character. The idolatrous heart assumes that God is other than He is – in itself a monstrous sin – and substitutes for the true God one made after its own likeness. Always this God will conform to the image of the one who created it and will be base or pure, cruel or kind, according to the moral state of the mind from which it emerges.

A god begotten in the shadows of a fallen heart will quite naturally be no true likeness of the true God.

”Thou thoughtest,” said the Lord to the wicked man in the psalm, “that I was altogether such as one as thyself.” Surely this must be a serious affront to the Most High God before whom cherubim and seraphim continually do cry, “Holy, holy, holy, Lord God of Sabaoth.”

Let us beware lest we in our pride accept the erroneous notion that idolatry consists only in kneeling before visible objects of adoration, and that civilized peoples are therefore free from it. The essence of idolatry is the entertainment of thoughts about God that are unworthy of Him. It begins in the mind and may be present where no overt act of worship has taken place.

”When they knew God,” wrote Paul, “they glorified him not as God, neither were thankful; but became vain in their imaginations, and their foolish heart was darkened.”

Then followed the worship of idols fashioned after the likeness of men and birds and beasts and creeping things. But this series of degrading acts began in the mind. Wrong ideas about God are not only the fountain from which the polluted waters of idolatry flow; they are themselves idolatrous. The idolater simply imagines things about God and acts as if they were true.

Perverted notions about God soon rot the religion in which they appear. The long career of Israel demonstrates this clearly enough, and the history of the Church confirms it. So necessary to the Church is a lofty concept of God that when that concept in any measure declines, the Church with her worship and her moral standards declines along with it. The first step down for any church is taken when it surrenders its high opinion of God.

Before the Christian Church goes into eclipse anywhere there must first be a corrupting of her simple basic theology. She simply gets a wrong answer to the question, “What is God like?” and goes on from there. Though she may continue to cling to a sound nominal creed, her practical working creed has become false. The masses of her adherents come to believe that God is different from what He actually is; and that is heresy of the most insidious and deadly kind.

The heaviest obligation lying upon the Christian Church today is to purify and elevate her concept of God until it is once more worthy of Him – and of her. In all her prayers and labors this should have first place. We do the greatest service to the next generation of Christians by passing on to them undimmed and undiminished that noble concept of God which we received from our Hebrew and Christian fathers of generations past. This will prove of greater value to them than anything that art or science can devise.

Evaluate what Tozer has to say. Are his warnings of value for the Church today? How do we maintain a correct understanding of who God is? 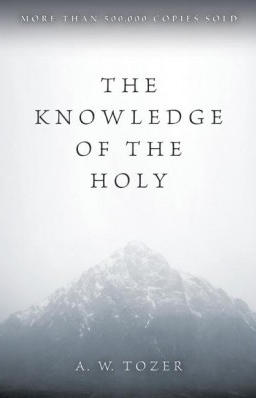 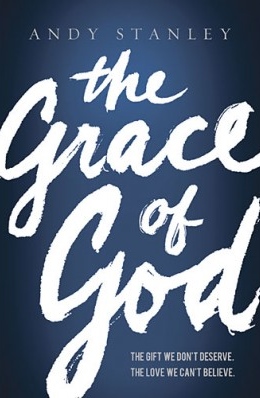