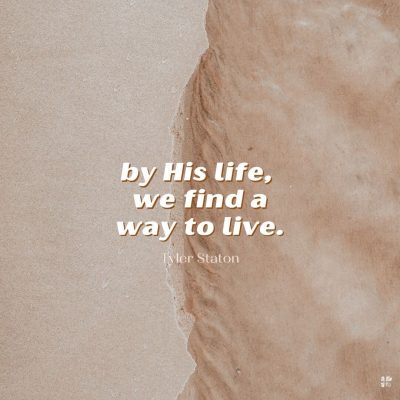 Some may come to faith in God and to love, without a conscious attachment to Jesus. Both Nature and good men besides Jesus may lead us to God. They who seek God with all their hearts must, however, some day on their way meet Jesus. ~ Heinrich Weinel, Jesus in the Nineteenth Century and After

I’ve always admired anyone who attempts live comedy. It seems like one of the hardest, most potentially embarrassing ambitions imaginable. Of course, you have to be a funny person, but anyone can slip in a few witty comments over drinks with friends. Humor used while public speaking is a step closer, and a joke slipped unexpectedly into the lull of the keynote speech at a fundraising gala has a certain advantage. Laughter definitely comes easier when it sneaks up on an unsuspecting, probably bored audience. But standing in front of people who know your only goal is to make them laugh? That’s another level. Everyone knows it’s coming; they’re watching your mechanics closely, listening for the buildup to the punch line. Live comedy is terrifying. And that’s why I’ve always shown up and laughed — hard and loud — when a friend invites me to any sort of comedy gig.

It wasn’t that difficult, because for years, I lived in the East Village, where quite a few of my friends took improv comedy classes at Upright Citizens Brigade. The UCB theatre was just a few blocks from my apartment. When a friend would say, “My class is just wrapping up, and we’re doing an improv show; please come to support!” I knew I could look super supportive with very little effort by taking a five-minute walk for a (free or at least very cheap) half-hour amateur improv show.

If you’re totally unfamiliar with improv comedy, here are the basics: A scenario is given to a group of actors on the spot, and they act out the story as they go, entirely off-the-cuff. Usually, this leads to an enjoyable and ideally hilarious scene for everyone, but occasionally, the actors all have a different direction in mind and are struggling to follow each other’s subtle cues. They somehow end up so far from the original premise that the story continues on but goes nowhere in particular. It’s painful to watch.

That’s when the class instructor has to get involved to salvage the story. The more unnoticeable, the better, but anyone paying attention can see it happen. The teacher casually inserts himself into the story, acts as one of the characters for a minute or two (however long it takes to get the story back on track, back to the parameters it was given to exist within from the start). As soon as the other actors have it, the very moment they’ve all remembered where this thing was going and started moving together in the right direction, the teacher exits stage right and lets the drama roll on.

This maneuver is called “recovering the plot,” and that’s exactly what the life of Jesus was all about.

The “plot” is most concisely understood in the four relationships that make up every human life: God, self, others, and the world. Regardless of age, gender, ethnicity, opportunity, historical era, or even belief, every person must fundamentally interact in these four spheres. This is the plot we are given, the plot we tend to drift from across the humdrum of so many ordinary Tuesdays, and the plot Jesus claimed he was recovering.

God. We all must relate to God or our conception of God or our refusal to believe in a “god,” but however you slice it, we all relate to some idea of the ultimate that is most commonly summed up in the word God.

Self. We are all cognizant of ourselves and therefore have a relationship with ourselves. We are self-aware and possess self-esteem. In fact, the person you think about most is almost certainly… yourself.

The World. We relate to the actual world we live in. We gather food from the earth, and the habits and decisions of our lives have large-scale consequences for the environment we inhabit.

The biblical story doesn’t start with a messed-up world in need of fixing; it starts with a perfect world of pure relational bliss — unbroken, perfect relationship with God, with the self, with other people, and with the created world. All of this is summed up in the final words of Genesis 2: “Adam and his wife were both naked, and they felt no shame.”

This is the description of this world as it was always meant to be, this life as it was meant to be lived. Doing and talking and listening before God without reservation, a sort of complete freedom before the divine that’s nearly the opposite of what most people feel when walking through the doors of a church building.

But it gets better. There’s freedom before one another too. Freedom to be themselves, to feel like themselves. And not in a defiant “I’ll be me whether you like it or not” sort of way either. It was much more liberating than that. This was the purest form of relational freedom — really knowing yourself meant the freedom to truly see another person — selflessly loving others without the need to grit your teeth in determination.

When you are stripped of the way you’d like to present yourself, when you’re “naked,” you suddenly become conscious of yourself above all others. A teen is proven wrong in front of class and her intellect is exposed, so she instinctively runs inward, into herself. She becomes self-conscious, and from that self-centered place, she reacts, somehow providing for herself, protecting herself, or exalting herself. Sound familiar? That’s the fate we’re stuck with that is called sin. It happens with every sort of nakedness — physical, emotional, spiritual, and intellectual. We don’t like to be exposed. We are guarded nearly all the time, but it wasn’t always like this.

There was a time of only relational bliss. There was a place when people were seen all the way through and loved all the way through. There was a world where exposure wasn’t feared; it just was. There was a relationship between God and people that didn’t center on cause and effect or moral transaction or even parental give-and-take. It was delight. God and people enjoying one another’s company with no strings attached, no unspoken demands, no passive-aggressive expectations. And it spilled over into a perfect view of the self, unconditional love for other people, and the sort of simple, ordinary harmony with creation we elusively call contentment.

Then mankind became conscious of the self and chose the self for the center, and the world you and I actually live in fell like a heavy velvet curtain at the end of the show. Only it wasn’t the end of the show; it was the beginning. The Genesis summary of that sudden, fatal new normal reads like this:

Then the eyes of both of them were opened, and they realized they were naked. — Genesis 3:7

It’s the antithesis of the perfection summarized only a few verses earlier. The darkness that covered the world when man chose himself for the center drove a chasm between every one of those four relationships — God, self, others, and the world.

Self. Insecurity, shame, and self-consciousness plunged into the human heart for the first time. The emotions we spend our whole lives trying to escape were introduced into the story.

Others. In a moment, people went from “effortless love” to “effortless competition,” fracturing into distinct groups, resorting even to violence because that’s what self-provision, self-protection, and self-exaltation cost sometimes.

The World. And suddenly, a world in perfect cooperation is cursed with airborne disease and hard soil that requires harder work; a world bountifully working for its inhabitants began fighting against them.

Through one man, acting on behalf of us all, we lost the plot. We are still on the stage, still acting because the show must go on, but it’s going on without a coherent story. We are still alive, but we’ve lost the way to truly live.

Through one man, acting on behalf of us all, we can recover the plot. We can remember the coherent story if the director will climb onto the stage as one of the actors and join in the drama. If he can recover the story, we can all pick it up again and remember our part. That’s why the Bible calls Jesus “the last Adam.”1

The story was far, far off course, so the Director inserted Himself into the story to recover the plot. By His life, we find a way to live.

Excerpted with permission from Searching for Enough by Tyler Staton, copyright Tyler Staton.

How we relate to God, ourselves, others, and the world can get way off course pretty quickly, right? That’s why Jesus is the center! He entered into time and space to rescue and save us. Amazing grace! ~ Devotionals Daily