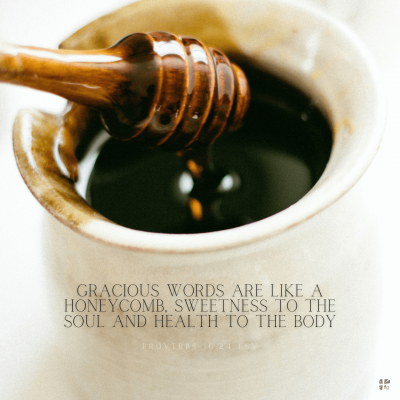 If we really believe the good news is to

heal the heartbroken, announce freedom to all captives, [and] pardon all prisoners — Isaiah 61:1 The Message,

those of us in the church had better start talking about what people are really going through and find ways to meet them there. We need to show them the acceptance God shows to us. We must normalize the battles of depression so those who suffer from it will be willing to turn to us for help, comfort, and community.

Satan has done a masterful job of shaming us for how we feel and what we do. But when we don’t deal with things in our lives, we fall into a continuous cycle of defeat. To make matters worse, we live in a culture that stigmatizes certain types of brokenness more than others. Sadly, this is true even in the church. Whether we realize it or not, Christians often encourage people to keep hiding because of our subtle, and not so subtle, attitudes and actions toward them. Too often, we heap shame on those who are struggling rather than help them come out of their caves and into the light.

The truth is, our whole world is a fallen, broken mess — not without hope, but messy all the same.

We are all broken in different ways. No particular shape of brokenness is worse or better than any other.

When I see the remains of houses still standing after a tornado, I don’t compare the broken windows of one house to another and think, Now that one is broken more severely than this other one. No! Shattered windows, like shattered lives, are all simply in need of repair.

Part of offering real help to those we care about who are suffering from depression requires looking at the “logs” in our own life rather than judging the “specks” we see in the lives of others (Matthew 7:5). We’ve got to stop stigmatizing brokenness and demonizing fallenness. God helps each of us with whatever shape our fallenness takes.

One of the simplest ways we can begin to extend compassion and acceptance to those struggling with depression is to choose our words with care. However well-meaning we might be, some words do more harm than good, and we need to stop saying them. As a starting point, here’s a list of ten things not to say.

What Won’t Help Someone Struggling with Depression

No one wants to hear these responses when they’re depressed and anxious. When you say something to someone you care about that implicitly or explicitly conveys, “You don’t have to be that way,” they will resent you. If you’ve ever had others say something similar when you’re struggling, you know how insensitive such words can be. The speakers might mean well, but their words only leave us feeling more isolated, more alone, more detached.

When we’re not okay, we need others who are willing to come alongside us. We need people who will use their words to shine God’s love into the darkness of our cave.

So what should you say to someone experiencing depression? How can you help them see a glimmer of God’s light while they’re still deep in the darkness of their cave? Basically, the rule is to say the same things you want to hear when you are struggling! Here are ten suggestions for how you can use your words to bring light to someone in the darkness of depression.

What Will Help Someone Struggling with Depression

The Bible tells us,

Gracious words are like a honeycomb, sweetness to the soul and health to the body. — Proverbs 16:24 ESV

This is never more evident than when we speak words of life to those in need of deep encouragement.

Let me share one final thought that often encourages me when I’m not doing okay. After Jesus conquered death and rose again, He appeared to people on earth for forty days before His final ascension into heaven. Now, if I were Jesus, I would have wanted to take my “I told you so!” tour and revisit certain Jewish religious leaders (“Ha! Guess what? I won!”) and Roman soldiers (“I’m ba-ack! You can’t kill me!”).

So good thing I wasn’t given that opportunity, right? Instead of what you or I might do after rising from the dead, Jesus appeared specifically to three individuals. The first was Mary Magdalene, whom Jesus met just outside the tomb following His resurrection (John 20:11-18). Not only was she a woman, but a fallen woman, many scholars believe. His visit with her broke tradition — and gender barriers — by showing how highly Jesus valued everyone, even those society deemed unimportant or immoral. Their encounter is a reminder that no matter who we are or where we find ourselves in life, God still values us and shows us compassion.

Next, Jesus made it a point to appear to His disciples, and particularly to Thomas, while all of them had locked themselves into an upper room for fear that they, too, might be arrested and suffer as Jesus did. Thomas had previously voiced his doubts about his Master’s resurrection, but Jesus was willing to do whatever it took for Thomas to realize that He was indeed alive — even if it meant allowing Thomas to put his fingers in the nail wounds on His hands and side (John 20:24-29). The encounter with Thomas reminds us that our doubts and demands don’t bother Jesus at all. He reveals Himself to us even when we’ve gone into hiding.

Finally, Jesus connects with His disciple Peter, the only one of the Twelve to flat-out deny knowing Him the night and early morning before He was crucified. Jesus had even foretold that Peter would deny knowing Him three times, which Peter adamantly denied he would do. But a few hours later, there he was, lying about knowing Jesus before the cock had crowed three times (Luke 22:54-62). And yet, Peter’s betrayal didn’t prevent Jesus from choosing Peter to be a foundational leader of His church. In a beautiful encounter on the shores of the Sea of Galilee, the Lord forgave Peter and restored him (John 21:15-19). Jesus saw beyond the emotional denials in the midst of the worst night of Peter’s life. Jesus’ message to Peter is the same message He speaks to us:

Your past is your past and I still love you. I see who you are — who you really are, as My Father created you — and want you to thrive. I want to use you and have you represent Me to everyone you encounter.

Jesus meets you right where you are. He has defeated death and He is more powerful than anything that could ever come against you. His victory is your victory. He invites you to share in His triumph, the ultimate win-win.

It’s okay to not be okay.

But don’t settle for a lifetime of “not okay.”

God is calling you out of your cave.

Depression is an important issue for the church to address… rightly. Not with judgment or hiding, but with compassion, help, coming alongside, and kindness. It’s okay to not be okay! If you’re not okay today, know that God sees you and loves you so much! But, He has more for you, a future and a hope! He is calling you out of your cave! ~ Devotionals Daily