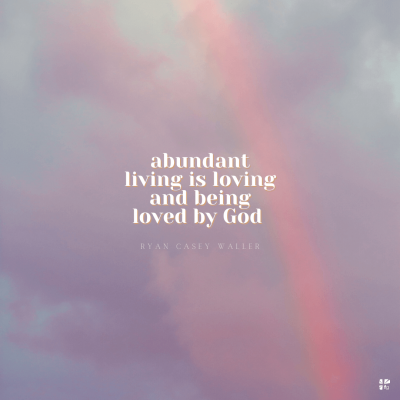 I have no interest in throwing unnecessary shade at the church when it comes to how it has traditionally dealt with mental illness. One of the things I love most about the church is its fierce commitment to helping those in need. Having worked for nearly a decade in the church as a teacher, lay pastor, and ordained minister, I can attest to the reality that most Christians I’ve met want to help those in need. Most Christians I know take seriously the command of Jesus to love others as we love ourselves (Mark 12:31). Most Christians I know want to draw more people into the love of God as opposed to leaving them out in the cold. And so I don’t think it’s some active animus toward those who suffer from mental illness that has kept the church from doing a good job of caring for them. Rather, I think it’s been driven mostly by a general confusion about how to actually help.

We don’t know what to do, and that’s scary.

If I’m right, this is good news because we know exactly how to make scary things less scary: we talk about them, openly and honestly. It is human nature to fear what we don’t understand. But with understanding usually comes empathy, followed rapidly by harmony.

The church I served in for the better part of a decade hosted an event each summer that I looked forward to all year long called Theology Live. Each Monday night in June we’d gather in a local pub to listen to someone speak on a theological matter for about forty-five minutes before opening the discussion to Q&A from the audience. The idea was to move the conversations we were having in the church to a venue where folks who might never darken the door of a church could participate in them. Each Monday the bar would inevitably fill to capacity and teem with life. It was an electric atmosphere that sometimes made me wish we’d permanently trade our cathedrals and chapels for parks, restaurants, and pubs. But that’s a topic for another book entirely.

A few years ago we were planning this event when I suggested we take up the topic of mental health. Judging by the room’s reaction you’d have thought I suggested we study the virtues of sex trafficking. The other staffers looked at me as though I’d lost my mind.

“Why would we do that?” someone asked.

“Because it’s important,” I said. “It affects a lot of people, and the church needs to be talking about it.”

“Won’t that be fairly depressing?” another person proffered. “Theology Live is serious, I get it, but we want those in attendance to also have a good time. After all, we’re in a bar. Do we really want to be talking about suicide or whatever?”

“Nobody will come,” someone else said. “It’s too uncomfortable.” “I think the opposite will happen,” I said.

The debate carried on like this for several weeks. In the end, my idea carried the day, and we did four weeks on mental health. Guess what?

The bar overflowed with people clamoring to hear from the mental health professionals we invited to discuss the topic. After each talk the comment I heard over and over again from the folks in attendance — often with tears in their eyes — was, “Thank you. Thank you for talking about this.”

Families who have been affected by mental illness are dying, in some cases quite literally, for the church to embrace this discussion.

But Christians who haven’t been directly affected by mental illness are often suspicious of the subject altogether, as my colleagues initially were. For many believers the whole notion of suffering in mind or soul while also trusting Jesus Christ as Lord and Savior is incompatible, or at least very difficult to integrate into their Christian worldview. How can one feel as though life isn’t worth living while also embracing the love, hope, and forgiveness offered to us by God in Christ Jesus? Shouldn’t we simply “count it all joy” as the book of James commands us (James 1:2 ESV) and get on with our suffering? Sure, life here on earth might be difficult and far from perfect, but that’s what Heaven is for. While I take these sentiments to be misguided, I do sympathize with those who have them. For a long time I did as well.

Nowhere in the Bible does God promise His followers an easy life. To the contrary, Jesus told His followers to expect trouble in this world (John 16:33). And find trouble they did. Each one of the disciples was executed for his faith, with the exception of John, who was exiled to the island of Patmos, and Judas, who died by suicide. These were the men who literally changed the fate of the world by their willingness to follow Jesus and kick-start the great movement that would eventually become known as Christianity. And they all died. Badly.

And the suffering didn’t stop there. Paul, who took up the mantle of the first disciples, boasted of his sufferings for the Lord (2 Corinthians 11:16–33). Consequently, throughout the ages, Christians have often embraced suffering as not only necessary to life but also a sign of living the life God intended for them to live. And, no doubt, this is sometimes the case, as Jesus said it would be when He declared that whoever wanted to become His disciple would need to “deny themselves and take up their cross” and follow Him (Mark 8:34).

So, for more than two thousand years, countless Christians have interpreted their own trials and tribulations as forms of taking up their crosses to follow Jesus, enduring whatever life throws their way for the sake of a faith that will be rewarded — perhaps not immediately but certainly eternally.

Peace, then, is not to be found in the circumstances of life but in God’s peace, which “surpasses all understanding” (Philippians 4:7 ESV).

There is a great deal of wisdom and truth in the line of theological reasoning I’ve briefly sketched out above. Life is suffering — brutal, unfair, and often very, very cruel and confusing.

Yes, Jesus told us to expect suffering in this world, sometimes of the unimaginable variety.

But that is not all Jesus said.

In fact, in the very same verse where He promised that life will be hard, He also reminded us that He has already overcome this world, a truth He not only articulated with words but also manifested physically in His resurrection from the dead. In life there is suffering and death, but in God there is healing and life. In John’s gospel, Jesus said this life is the very reason He came to earth. And not just any kind of life but one lived “abundantly” (John 10:10 ESV).

What does that entail?

Well, probably a lot. God’s call on our lives is never singular. To live as God intends is to necessarily experience life in all of its diversity. As the book of Ecclesiastes teaches,

There is a time for everything, and a season for every activity under the heavens. — Ecclesiastes 3:1

In other words, yes, the Christian life will necessarily call us to experience hardship and sacrifice, but it should also involve abundance.

But please hear me out on this.

Abundant living is not driving a Range Rover. Sure, Range Rovers are awesome. I don’t have anything against Range Rovers. My dad drove a Range Rover when I was in high school, and it was pretty sweet. These days I drive an eleven-year-old dinged-up Volvo. It’s not quite as sweet. What is sweet, however, is driving that Volvo in abundant peace and with abundant joy.

For me, abundant living is not about living any version of the high life or succeeding at the American dream — whatever that even means. #millennialprobs

For me, abundant living is loving and being loved by God.

That’s abundant living, and that’s what I believe all of us deserve because Jesus Christ said we do. That includes every person, especially those of us who struggle with our mental health. Abundant living means we also deserve the chance to walk through life not mired forever in the deeper ditches of depression.

The Christian life boils down to this… Suffering, yes. Abundance, absolutely yes. We are loved by God! He has an abundant life planned for us even when it includes difficulties and hardships. Depression doesn’t have to be the end game for us. Come share your thoughts with us on our blog. We want to hear from you! ~ Devotionals Daily