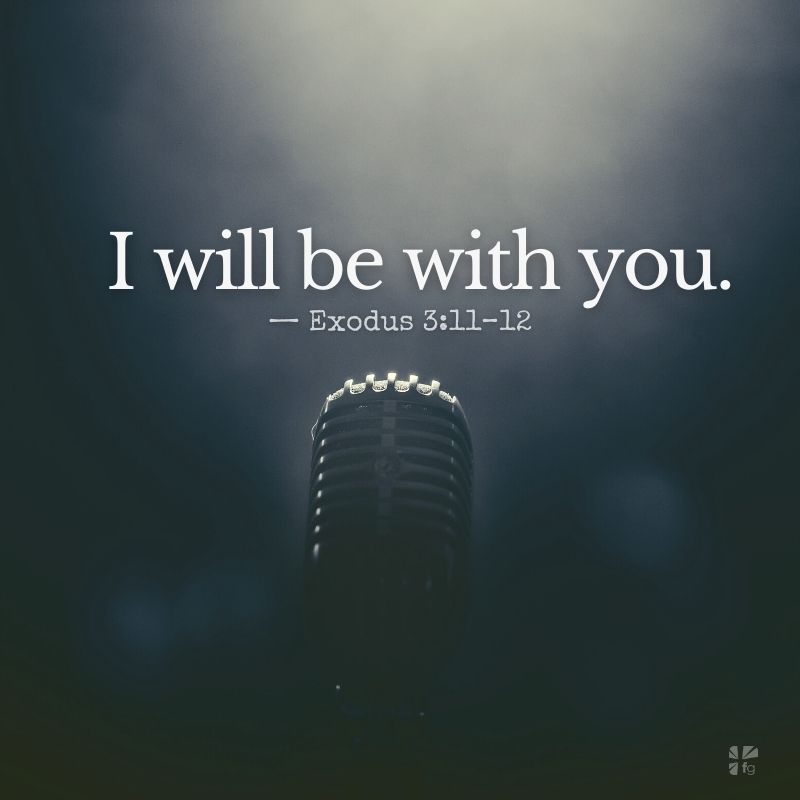 Rob and I had spent the better part of the last hour in intense prayer. I don’t know when I had felt closer to him. We had played on the Puyallup city champion Little League baseball team. In high school, we graduated to the grueling cross-country runs — Rob having the advantage, I remember, of never needing to duck under low-lying branches. The respect, and even fear, for the impending pain before such races binds boys together like war binds men.

But now, in college, we were facing a new challenge. I don’t know that either of us had ever been more nervous. Both Rob and I looked out over Red Square, shifting our weight from side to side; then, instinctively, we both knelt down to retie our shoes. Looking at each other, we laughed. Retying shoes is a natural habit for runners, but it was a classic case of symbolic nervous confusion for what we were about to do.

Rob laughed it off. “We don’t want our shoes to fall off while we’re preaching,” he said.

The square started to fill with college students, and we walked up to the fountain like two lightweights facing a boxing ring housing Muhammad Ali. We had done this before, but open-air preaching is never easy, especially to your collegiate peers.

Open-air preaching was my first introduction to the confrontational world of the activist. Emulated by many, yet scorned by an equal number, the activist is actually in good company, biblically speaking. Persons of this temperament can join such luminaries as Elijah and Moses, who showed evidence of profound and courageous activism. From them and others we can learn both the blessings and pitfalls of loving God by standing up for righteousness in hostile places.

Activists burst onto the history of faith in Scripture in both glory and infamy. It seems that few groups of believers can be so right at some times and so wrong at others. When I think of Moses, Elijah, Habakkuk, and Peter, I think of men who have challenged me with their courage and leadership yet encouraged me through their weaknesses. Let’s look at a few of these individuals to get a feel for the activist mentality.

Moses began his career as an activist (albeit a misguided one!) when he killed an Egyptian in defense of a fellow Israelite (Exodus 2:11-12). His strategy was all wrong, but he would need all this courage, and then some, in the years ahead. I’ve met few activists who don’t cringe, as Moses must have, when they look back at their early days of faith. It can take some time for the enthusiasm generated by the activist mentality to be tempered and seasoned by maturity and foresight.

Shortly thereafter, Moses the activist rescued some young women who were being pushed by unruly shepherds (Exodus 2:17). Whenever we see the young Moses, he is embroiled in confrontation. In this case, the conflict led him to his future wife.

Then there is Moses’ classic confrontation with Pharaoh. Moses didn’t have the benefit of being told beforehand that there would be ten plagues. All he knew was that God told him to tell Pharaoh, “Let My people go!” and that when he obeyed, the situation actually grew worse. Pharaoh put a greater burden on the Israelites, and overnight Moses became the most hated man in Israel (Exodus 5:1, Exodus 5:20-21).

God sent Moses back again — and again, apart from a few snake tricks, nothing happened. It was at this point that the ten plagues started (Exodus 7:8-18). I think most of us would quit around the third or fourth plague. I can just hear myself: “God, give me a break! I’ve done what You told me to do — five times now. Pharaoh hasn’t set Israel free, so forget it; I’m done. Send somebody else.”

When God first gave Moses his commission, Moses did display a little reluctance: “Who am I, that I should… bring the Israelites out of Egypt?” God’s response was an implicit rebuke against such self-sufficiency. He said simply,

In other words, it doesn’t matter who you are, Moses; what matters is who is sending you.

After great perseverance, Moses finally saw Israel gain freedom. It wasn’t long, however, before he adopted the “I’m the only one who can do it” complex and began wearing himself out on good causes (Exodus 18:14). Fortunately, Moses also had a teachable heart. By listening to his father-in-law, he avoided the nervous exhaustion so common among activists. Still, his attitude reveals the danger of the activist mind-set — “me and God against the world.” at one point, Moses asked in desperation, “What am I to do with these people?” (Exodus 17:4). Exasperation and fatigue are particular temptations for activist Christians.

Elijah reveals classic activist symptoms (the negative kind) in his feelings of isolation and exhaustion (1 Kings 19:4). activism is one temperament that can spiritually feed many Christians but can also exhaust them.

Elisha, Elijah’s replacement, was also an activist, and he showed great maturity in his confrontation with Hazael, who would eventually become king of Israel. Elisha saw the harm that Hazael would do and wept over it, but he didn’t become consumed with it (2 Kings 8:11-13). Most Christians have to learn that whenever God calls us to an activist posture, we must leave the results to Him or we will be consumed and driven by immediate results rather than by the Holy Spirit. I’ve seen a number of activists who just can’t accept defeat. When their political or social campaigns fail, their faith is rocked. Elisha would be a good role model for such people to emulate, in part to keep them from responding like Habakkuk did.

Habakkuk is a good biblical warning to activists, one that I’ve taken to heart many times. I’ve heard too many prayers offered by activists in which God is accused more than He is petitioned, as if the activist is more concerned about justice than is God Himself. Habakkuk cried out,

How long, O Lord, must I call for help, but You do not listen?

therefore the law is paralyzed, and justice never prevails.

the wicked hem in the righteous, so that justice is perverted.

God’s response to this accusation is instructive. He says that he is working behind the scenes. Justice is coming even though Habakkuk couldn’t see it. Activists need to learn the message of the book of Habakkuk: live by faith (Habakkuk 2:4). Life situations and circumstances can tempt us to question God’s sovereignty and goodness, but we see with a finite eye. God is not blind to injustice, nor is He indifferent.

The activist must be careful that intercession doesn’t become accusation. Because there is so much apathy in our world and even in the church, it is easy for an activist to feel isolated and alone. We see the injustice; we see wickedness passed off as good. Our hearts burn within us, yet when we look around, the church seems to be sleeping. This can create an isolation that, if not kept in perspective, can eventually be broadened to attribute “apathy” to God. Not only will the church not respond, the activist thinks, but even God is silent! When we think our concern for righteousness exceeds God’s, we have slipped into the delusion of being self-appointed messiahs. “[The proud] is puffed up; his desires are not upright — but the righteous will live by his faith” (Habakkuk 2:4).

This world needs activists! Activists like Moses, Elijah, Elisha, and Habakkuk are fighters against injustice. They see what needs to be changed and charge at it. Who are the activists in your circle that we can be praying for? Come share with us on our blog. We want to hear from you! ~ Devotionals Daily