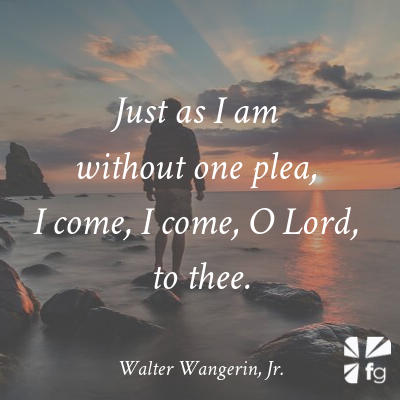 Paul spent eighteen months in Corinth, establishing and enlarging a church there. After he met and befriended two of the Christians whom Claudius Caesar had driven out of Rome, Aquila and his wife, Priscilla, Paul left Corinth and sailed to Ephesus, where, as always, he proclaimed the name of Jesus as the Messiah.

Six months after his arrival, a Corinthian businesswoman named Chloe sends Paul a letter with bad news. She’s worried about her church and describes the errors and the dangers now embroiling it: Rivalry. Backbiting. Dissention.

Paul fires a letter to Corinth, demanding that it be read aloud before an assembly in the house of Titus Justus. He intends to shame them into repentance.

“Factions, is it?” he writes. “And each fraction has its own slogan? Some of you say, ‘I’m Paul’s!’ and others, ‘I’m Apollos’s!’ and others, ‘I belong to Peter,’ and still others — oh, for heaven’s sake! — say, ‘I am Christ’s!’ Which of you claims Christ for yourself? We all belong to Christ the Crucified! Or do some of you think you have his bleeding feet, while others of you think you have his bleeding hands? You are so divided that it’s as if you’ve chopped off the hands and feet of your church! But Christ prayed that we all should be one! What do you have to say for yourselves? — not to me. To Jesus.”

What if someone asked the same of us today? How would we answer? “I’m a Lutheran.” “I’m a Baptist, not like Catholics, who pray to saints.” Or “I’m a Catholic, not like Protestants, who reject the pope.” What stubborn fools we are! We all believe in the same Savior.

We believe in God the Father, the Creator. And in His Son, our Savior, Jesus Christ. And in our Comforter, the Holy Spirit. This is our creed. This is the confession of the whole Christian church on earth. Father, Son, and Holy Spirit, we beg You to keep your whole Church in trust and in faith to You. Amen.

In Ephesus Paul has thrown himself body and soul into teaching and preaching and performing miracles, converting many Ephesians and building up the church. He cautions the new Christians not to fornicate, not to be greedy, not to indulge in obscenities or silly or vulgar talk.

“The days are evil,” he says. “The Prince of Darkness seeks to devour your souls. But Christ is your light. Live in the light! Let the Spirit of God fill your souls with His light and His life! You may have good reasons to be angry — I certainly have. Be angry, but don’t sin. If you’re angry at your brother or sister, reconcile yourselves before you go to bed. The Devil sings at night.”

The more that Paul’s exhortations are successful, the more do his enemies despise him. Near the end of two years in Ephesus, they seize him and throw him into prison.

Do we backbite other Christians? Or bed others without a second thought? Or mumble obscenities against the cop who just gave us a ticket? Or at the driver who cut us off in traffic? Then we must remember the breadth and the length and the height and the depth of the love we have in Christ Jesus.

But You, dear Jesus, have built a precious house for my soul. Thank You. Amen.

“Reconcile with one another,” he writes. “Be of the same mind which you have in Christ Jesus.” The apostle then quotes a hymn which the Philippians sang when he was with them, hoping that the repetition will call them to account.

Even before God uttered the world into being, Jesus shared in the personhood and the dignity of the Father. Yet, for our salvation, the Son of God became the flesh-and-blood Son of Man. He “made Himself in human likeness” and was born like us, limited human beings (Philippians 2:7). How great was His love and how beautiful His sacrifice, for He died as all humans must die, but His death saved us.

In Paul’s day people believed that the world was divided into three parts: a heaven above, an earth in the middle, and, below, a place for the dead. Jesus descended from heaven to earth, and then still farther into the underworld (Ephesians 4:9). But then He rose from the dead and ascended through the earth into heaven, where He resumed His exalted glory with the Father. Let everyone on the middle-earth worship Him and praise His name, for He is Lord of all!

“Make peace, my daughters,” writes Paul. “Kneel down. Worship the one God in whom you both have put your faith.”

Likewise, let none of us think we should be exalted for our good and superior works. We might think it right when our pastor calls us up in front of the congregation to give us an award, a plaque or something. But James wrote in his book, “Humble yourselves before the Lord, and [then] He will lift you up” (4:10).

Unity goes against our grain, doesn’t it? It seems since the beginning of time, we’ve been in a battle with others… even other believers! But, the Word of God calls us to unity, humility, and peace within the Body of Christ. Who do you need to reconcile with today? We want to hear from you! ~ Devotionals Daily