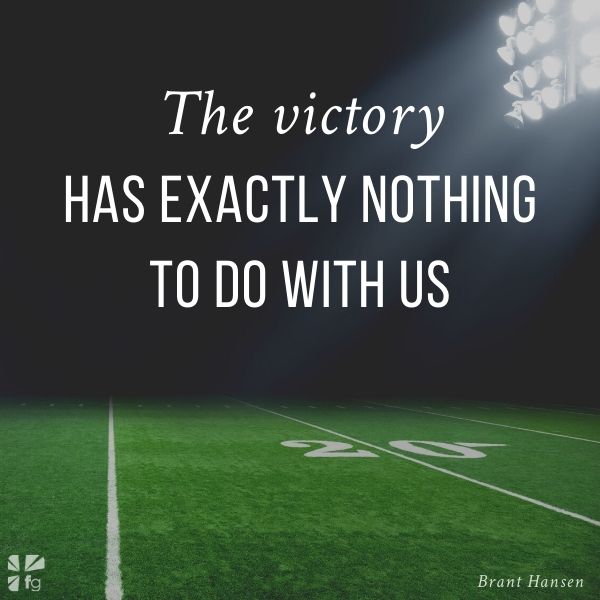 My son is like me. He’s not much into athletics. But we signed him up for a flag-football league when he was in sixth grade. My wife told me the league needed someone to coach my son’s team, the Rams, and I told her, point-blank, I would not be doing it. I know nothing about coaching football. Nothing. “I will not be coaching the Rams,” I said.

The park district called me before the first practice and told me about the Rams, and how they needed a coach, and would I do it? I told them no. “I’m sorry; I just can’t do that; it’s out of the question. I will not be coaching the Rams.”

I dropped Justice off at practice, and all the teams went to different parts of the practice fields. They all had coaches. The Rams assembled, and everyone’s parents had dropped them off, and I towered over all the kids. They asked me if I was their coach. I told them no. “I’m sorry, I will play catch right now, but I will not be coaching the Rams.”

The smallest kid, a little scraggly-blonde kid named Jared, threw the ball back and forth with me. He asked me again if I would coach. I told him, again, no. They’d have to find someone else to coach the Rams.

He caught the ball, stopped, and looked at me. He said, “Okay, but for today, can I please call you ‘Coach’?”

When I got home, I had to tell my wife why I was carrying a big bag of footballs, pylons, and flags. I was now coaching the Rams.

I was clueless. Over the first eight games, we not only didn’t win; we didn’t score any points. We were shut out, every game. I loved the kids, but I just didn’t know what I was doing. We’d all look over during our practices and see the Yellow Shirt Team Over There, the team that had six football dads, coaching positions, fancy drills, and football-y things I didn’t know about. They were amazing, a well-oiled machine. I feared playing them.

We stunk. I think we hit rock bottom when we were penalized for wearing illegal shorts. (Apparently, you can’t wear shorts with pockets in flag football.) To avoid forfeiture, I sent my team into the crowd of parents to randomly ask people if they could swap shorts with them. That was a low point.

And we played that team, the Yellow Shirt Team Over There, the one with the dads with visors and whistles and multiple future NCAA recruits, the very last game of the season.

We were 0-11. They were 11-0. Sounds like we had no chance, right? Sounds like there’s no way in the world we could possibly beat these guys, right? They laughed at us before the game.

Something incredible happened. Our best player, a little guy named Christian, returned the opening kickoff for a touchdown. We were ahead 6-0!

So the team that supposedly “didn’t have a chance,” the one that was mocked, derided, considered the worst-coached team in the league, now led the game over the mighty Yellow Team! There were gasps from the crowd. Could the impossible happen? This could be like the 1980 hockey upset, the “Miracle on Ice,” all over again. Unbelievable.

I patrolled the sidelines, proudly announcing our intent to go for two!

And then we missed that, and then they scored 77 unanswered points, and we lost 77-6.

So, yeah, it’s not really that great of a story.

Except for one thing. As our dejected, winless kids left the field, the kids who went 0-12 and just got humiliated again, something wonderful happened, something you usually don’t see in football.

A white stretch limousine pulled up along the field, a limo with flags. Rams flags.

Everyone stopped and stared. The Rams, the playoff-bound Yellow Team, everybody. And a mom said, “Guys, it’s time for your end-of-season party!”

The Rams went from dejected losers to royalty. Just like that. They were smiling and laughing and jumping up and down. They all piled into the limo, and off they went for our big pizza-and-swim party.

The Yellow Team, coaches and all, were in awe.

This is how the kingdom of God works. The last are first, the first are last, and in the end, as much as we want to think our performance is all that matters, the victory has exactly nothing to do with us.

We’re human, so we’re going to occasionally feel threatened. It happens. Anger happens too. So do jealousy and bitterness and resentment. But if you want to be a citizen of this other Kingdom, the one in which God promises things will be set right in the end, you may as well remind yourself of it all the time.

If you put your trust in God, you’re already a “success” because Jesus succeeded. You needn’t be insecure in who you are — not because you’re so great, but because your security isn’t found in who you are. In the end, you’re free to fail all you want, kids, because here’s a sweet thought: The limo is coming for you anyway.

Choosing to be unoffendable means choosing to be humble. Not only that, the practice teaches humility. Once you’ve decided you can’t control other people; once you’ve reconciled yourself to the fact that the world, and its people, are broken; once you’ve realized your own moral failure before God; once you’ve abandoned the idea that your significance comes from anything other than God, you’re growing in humility, and that’s exactly where God wants us all.

It’s contrary to seemingly everything in our culture, but the more we divest ourselves of ourselves, the better our lives get. Jesus told us as much. He said if we’d give up our lives, for His sake, we’d find real life.

When we surrender our perceived “rights,” when we let go of our attempts to manipulate, we find — surprise! — joy.

I’ve seen it happen in my own life, in little bits. I’m still learning. But I’m so glad someone told me to choose to be unoffendable, because something clicked in my understanding of what it means to follow Jesus. It turns out that life is not only more joy-filled for me but more attractive to others.

I have to die to myself. What I’m finding is it doesn’t happen all at once, and it’s simultaneously simple to understand and arduous to actually do. But little by little, I think I’m seeing what God is up to.

He wants to be in control. And you know what? I want Him to be. This hasn’t always been the case. I think I can trust Him. I don’t need to control things anymore. There’s so much less at stake when I let go, so much less of me to defend, so much less of “my way” to get in the way and feed my anger.

God tells us to die to ourselves, and get rid of anger, for a reason: He loves us.

And I guess I always knew that, that He loves us. But I’m now less prone to anger, and more prone to forgive, because I’m finally really believing, a bit more, day by day, that He actually loves me.

God is my Defender. He’s in control. And no, I don’t know where I’m going, but I know He loves me.

Watch these Videos with Brant Hansen

Unoffendability. Have you mastered it? Are you practicing? Secure in the knowledge that we are loved by our Heavenly Father and we get to ride in the limo whether we’ve won or failed at what really doesn’t matter eternally, we can relax. Be humble. Let go of anger and control. Because it’s really all about Jesus anyway, right? Come share your thoughts with us on our blog. We want to hear from you!