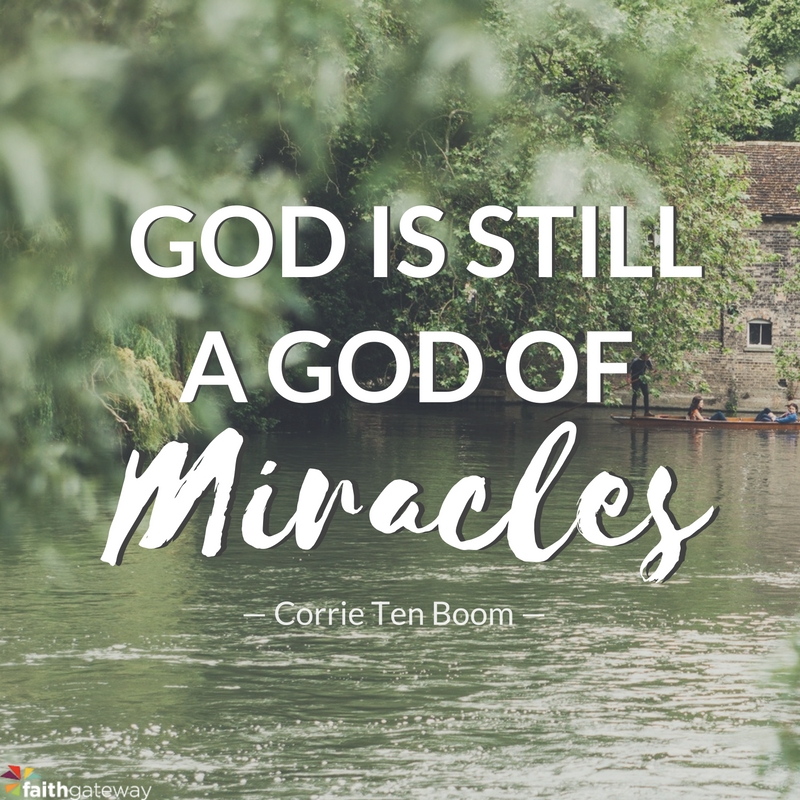 We read and hear so much about demons today. Many books were published last year, and it’s so good to read that demons are defeated enemies, but in the meantime they can still rant and rave and cause people considerable trouble.

They are servants of darkness. It is good for us to be aware of the danger. Many people are unaware of the fact that spiritism, astrology, and fortune-telling are all occult practices and the work of demons.

It is also good to know that we are victorious through the blood of the Lamb and the words of our testimony. The Lord Jesus taught us that we can and must cast out demons in His name. Our battle against the powers of evil is a victorious battle, and those who are with us are far greater than those who are against us. We have a great High Priest and legions of angels on our side.

Recently I have been studying the Bible to see what it says about angels, and it is wonderful that there’s much more in the Bible on the subject than I had ever imagined — wonderful because angels are ministering spirits sent to help those who will inherit salvation. Hebrews 1:14 tells us that. We are dealing with angels constantly, even though we’re not always aware of them.

Are there angels here on earth? What do they look like? Do they have any influence on the history of mankind? Do they really have anything to do with the lives of human beings? The Bible writers believed in them and thought they were important because they wrote about them hundreds of times, much more than about evil spirits and Satan. So why do we hear so little about them these days?

What great value to know how strong our position is in the great final battle before Jesus’ second coming. Undoubtedly, angels have much work to do on earth at this time of terrible attacks by the Evil One. When you read the paper it seems as if the world is full of sin and disasters, air pollution, hijacking, and murder. What a world!

Who is it who will conquer this world? He who believes that Jesus is the Son of God.

John tells us that, and that means that you and I, who believe in Him, stand on the frontline of an enormous battle, not against flesh and blood but against the representatives of the Devil’s headquarters. Let’s see which allied forces are on our side.

Satan sometimes appears as an angel of light, so we have to be able to discern well. Of course, his soldiers, the demons, will certainly be trying to do that too. In fact, the Lord Jesus spoke of what will happen before His second coming, saying that if it were possible, even the elect could be deceived (Mark 13:22). Fortunately, it says “if” it were possible, which means it is not possible. We need discernment of spirits, and the Holy Spirit wants to give us that.

In his book The Screwtape Letters, C. S. Lewis warns of two dangers. The uncle devil writes to his nephew, who works on earth, “Ensure that people do not believe that we exist, that’s the first thing. But if people do know we exist, work in such a way that they have an unhealthy interest in us and think and talk about us a lot.”

Now, we see that happening a lot these days, so we are going to speak about angels! And that is a much happier study than finding out what evil spirits are and what they do. God is still a God of miracles, and in the future, when we can expect much worse things, He will save and rescue us in many unusual ways. We will experience the fact that the need is not greater than the Helper.

Horace DuBose wrote: “I expect that in the last days before the great re-creation of the world, a renewed demonstration will come from angels to those who will inherit salvation. In the past angels have achieved a great deal for mankind and the nations. The Bible speaks of their work on earth three hundred times. We can therefore learn a lot about them in the Bible, what they did and were, in the days which the Bible describes, but we should also realize what angels are doing now and in the future. Their presence and actions help change defeat into victory.”

Lord, will You please protect us from the Enemy as we speak, listen, and read the Bible about Your blessed angels. Will You grant us wisdom and lead us by Your Holy Spirit? We thank You, Lord, that we know Your angels are there and may — and must — help us. In Jesus’ name, amen.

In the middle of crisis, or in the middle of an average day, do you remember that God Almighty’s army of angels is in your midst defending, ministering, protecting, and helping you? What a thought that will bring courage to our days! Come share your thought about angels on our blog. We want to hear from you! ~ Devotionals Daily