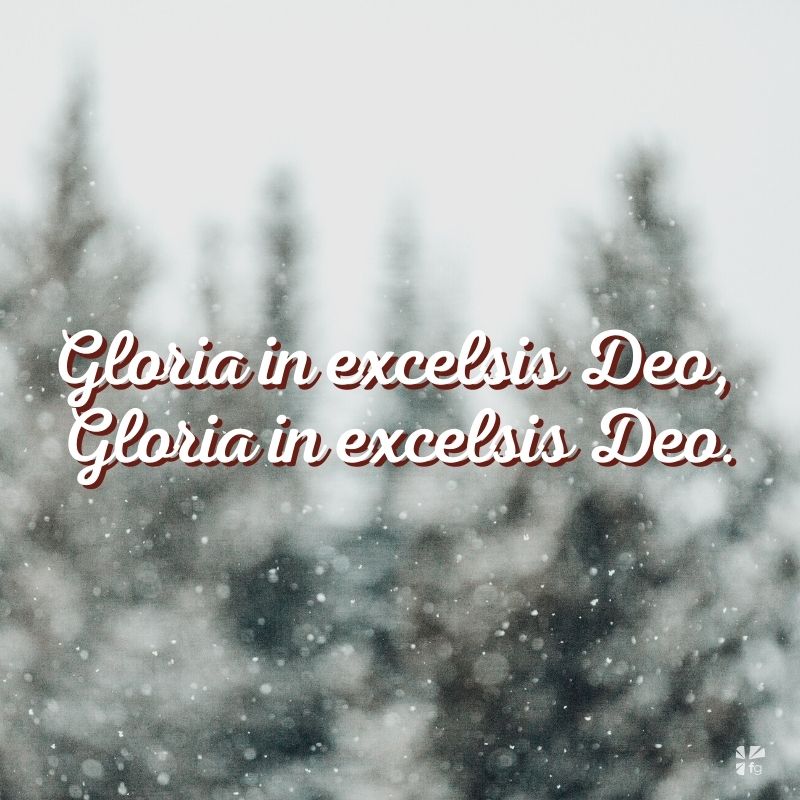 Many images accompany Christmas — fun and frolic, snow and decorations, laughter and family gatherings — images so ingrained in most people’s minds that they find it difficult to imagine the holiday any other way. Yet, in truth, Christmas only recently became the festive holiday we now cherish. For almost fifteen hundred years, the observation of the birth of Jesus was not recognized on every street corner but left to divinely called men who led a hard and demanding life, toiling in poverty and serving people who understood little about the most elementary facets of Scripture and the life of the soul. Yet these men stayed the course and left their fingerprints on every church of every denomination in the world today.

Monks were and still are solitary men, dedicating every ounce of their being to the Lord and giving up their own families to serve the family of God. Their voices were often the only ones who told of the birth of Christ and their lives the only example of Christian faith. Even to those who knew them, monks were mysterious figures. Their world was one of sacrifice, their sense of duty second only to their humble spirit. Yet from this spirit and life came one of the most beautiful and soaring carols of Christmas.

Much like the lives of most monks, “Angels We Have Heard on High” is a song steeped in great mystery. Unlike other carols whose writers are unknown but whose origins can be clearly traced to a certain time or certain place, this song seemingly appeared out of the air. Because the first to sing “Angels We Have Heard on High” lived in nineteenth century France, many believe that it must have originated there. In fact, most sources today call it a French carol. Yet even that assumption is often called into question by songologists. What can be stated with absolute certainty is that this Christmas song must have been penned by a person who had a professional knowledge of the Bible and an incredible gift for taking Scripture and reshaping it into verse. This fact, combined with the use of Latin in the song’s chorus — making it a macaronic carol — seems to indicate that a monk or priest from the Catholic church was more than likely responsible for writing “Angels We Have Heard on High.”

Angels we have heard on high, Sweetly singing o’er the plains, And the mountains, in reply, Echoing their joyous strains.

Shepherds, why this jubilee? Why your joyous strains prolong? Say what may the tidings be, Which inspire your heav’nly song?

Come to Bethlehem and see Him whose birth the angels sing; Come, adore on bended knee Christ the Lord, the newborn King.

See within a manger laid, Jesus, Lord of heav’n and earth! Mary, Joseph, lend your aid, With us sing our Savior’s birth.

Because the first published versions of the song used French for the verses, many have naturally assumed that its writer was a priest from France. Yet there is evidence that at least part of this great Christmas hymn was sung before Christianity took deep root in western Europe. A portion of the carol was used in early Christian church services even before the Roman Empire adopted Christianity as the state religion.

“Angels We Have Heard on High” was first published in 1855 in the French songbook Nouveau recueil de cantiques, and records indicate that the song had been used in church masses for more than fifty years before that publication. During those five decades the lyrics were coupled with the melody that is still used today. Except for the verses translated into languages other than French, today the song is sung just as it was a hundred and fifty years ago. Yet for maybe a thousand years or more before that, monks probably sang this same song as they celebrated the birth of the Savior. The story may well be as old as the church itself.

The song’s four verses embrace the angels’ visit to the lowly shepherds and the shepherds’ response. For many biblical scholars, the angels coming to men who worked menial jobs in the fields and informing them of the birth of the Son of God symbolizes that Christ came for all people, rich or poor, humble or powerful. The angels’ words in Luke 2, “Fear not: for, behold, I bring you good tidings of great joy, which shall be to all people,” paired with Jesus’ own parables concerning shepherds and their flocks, symbolizes that it would be the common man and not kings or religious leaders who would first carry the story of Jesus’ life to the masses.

But while the shepherds’ story of why they came to see the babe in the manger is easily identified in all the stanzas, for many who sing this old song, the chorus is an enigma. “Gloria in excelsis Deo” means, in English, “Glory to God in the highest,” a phrase that played an important part of worship at church masses dating back to 130 A.D. During that period, Pope Telesphorus issued a decree that on the day of the Lord’s birth all churches should have special evening services. He also ordered that, at these masses, after the reading of certain Scripture or the conclusion of specific prayers, the congregation should always sing the words “Gloria in excelsis Deo.” Historical church documents reveal that monks carried this executive order throughout the land and that by the third century it was a practice used by most churches at Christmas services.

It can be argued that if the chorus was written within a hundred years of Christ’s birth, the roots of “Angels We Have Heard on High” might go back to someone who actually knew Jesus when He walked on earth. Though unproved, it is a very interesting and inspiring idea and ties in to the selfless image of a called member of the clergy bringing faith alive in order to spread the message of Jesus Christ’s birth, life, and death.

Another facet of this carol that would seem to tie at least its chorus to the very early Catholic church is the range of notes found in the chorus. While most modern carols move up and down and cover at least an octave and a half, thus testing the upper or lower limits of the average singer, the phrase “Gloria in excelsis Deo” barely moves at all. In addition, the melody used by the song never strays more than one octave and the verse moves through only six notes. This simplicity seems to tie the melody to early chants used by monks and taught to their congregations.

Webster defines a chant as “singing or speaking in a monotone to a hymnlike repetitive melody.” Using this approach, important elements of worship were passed on from person to person and generation to generation in the oral tradition. In a day when few read words — much less music — chants helped keep the gospel alive among the common people. Of all the carols born in the chanting tradition, “Angels We Have Heard on High,” was one of the easiest and least challenging, despite the fact that the word “gloria” covers three measures and hits almost twenty different notes. Unlike others, which failed to inspire as they taught, this song lifted hearts while telling the story. It embraced the spirit that a called man of God would have felt as he gave up everything to serve his Lord.

So why has this carol of unknown origin remained so popular for so long? Though the tune may be considered monotonous, when the simple text is read it becomes obvious that few Christmas songs so fully describe the joy that the world felt when a Savior was born in Bethlehem. The lyrics don’t just ask the singer to lift up his or her eyes and heart in wonder and observe the beauty of what God has given the world, they demand it. There can be no doubt that whoever wrote “Angels We Have Heard on High” not only believed the words found in the Bible, but relished that belief.

Ultimately, it is the sensitive retelling of the angel-shepherd story that carries this song and has made it one of the world’s most popular Christmas carols. As Kenneth W. Osbeck wrote in his devotional book, Amazing Grace, “The Bible teaches that angels are the ministering servants of God and that they are continually being sent to help and protect us, the heirs of salvation.” “Angels We Have Heard on High” speaks of the incredible, special relationship between Heaven and earth, God and man, like few songs ever have. It embraces one of the most important elements of faith just as the shepherds embraced the Good News they were given two thousand years ago.

The mystery of who wrote this song points back to the lives of all those who are called to spread the gospel, to keep the story alive, to provide a means for people everywhere to hear and know the message that came to earth on that first Christmas. One of those nameless servants wrote this song to share the story with others. Though he has long been forgotten, what he believed is alive in not only his song but in hundreds of millions of souls around the world. His prayer has been answered: the angels are still heard, the Savior still welcomed, and the soul still stirred.

Excerpted with permission from Stories Behind the Best-Loved Songs of Christmas by Ace Collins, copyright Andrew Collins.

Isn’t it a lovely thought that a song we sing probably every single year may have been sung by our brothers and sisters in Christ since nearly the beginning of the Church? Since very near to the time of Jesus Himself? And, it’s meaning is powerful and rejoicing! Join us in singing “Angels We Have Heard on High” this Christmas and remembering to rejoice! Come share your thoughts with us. We’d love to hear from you! ~ Devotionals Daily