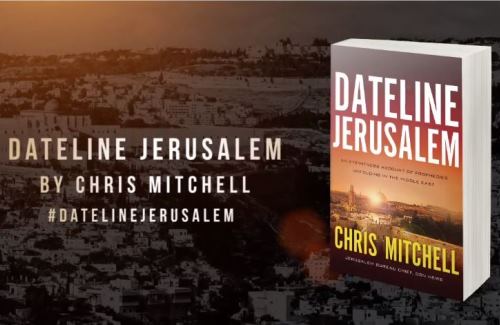 Muslim Brotherhood: Jihad Is the Way

Who then is the Muslim Brotherhood?

Their founder, Hassan al-Banna, established the group—Jama’at al-Ikhwan al-Muslimin—in 1928 after the collapse of the Ottoman Empire. He based the Muslim Brotherhood on the premise that Islam is the solution. Its motto is “Allah is our objective. The Prophet is our leader. The Qur’an is our law. Jihad is our way. Dying in the way of the Prophet is our highest hope.”

The Palestinian Media Watch (PMW) published a translation of Jihad Is the Way, a book by one of the leaders of the Muslim Brotherhood. It reveals a global agenda:

He [Hassan al-Banna] felt . . . the urgent need and obligation which Islam places on every Muslim, man and woman, to act in order to restore the Islamic Caliphate and to re-establish the Islamic State on strong foundations . . . and to liberate the Muslims and defend them from attack, and to spread the Da’wa [Islamic missionary activity] of Islam in the world and to establish this great religion, which Allah wanted for his servants . . . the banner of Jihad has already been raised in some of its parts, and it shall continue to be raised, with the help of Allah, until every inch of land of Islam will be liberated, the State of Islam will be established, and Allah’s Da’wa [Islamic missionary activity] will reach all of mankind.

Their first step toward establishing the caliphate rested on overthrowing secular Arab regimes, exactly like Mubarak’s Egypt, which maintained relations with the West and established a peace treaty with Israel. That’s why since 1954 successive Egyptian governments outlawed them. Mubarak feared them, as did Egypt’s president Anwar Sadat before him.

On October 6, 1981, Mubarak stood behind Sadat when they celebrated Egypt’s Armed Forces Day. During the military parade, Muslim Brotherhood members posing as soldiers jumped out of their vehicles, threw grenades, and sprayed the reviewing stand with machine-gun fire. They killed Sadat. Mubarak—then the vice president—survived. The assassination seared his memory about the danger this group represented to his brand of “moderate” Islam. He jailed their leaders and outlawed them as a political group. Yet they continued to spread their influence through a powerful social network throughout the country in schools, clinics, universities, and mosques. In fact, the Muslim Brotherhood became Egypt’s most organized group.

He controlled the government, but they won many of the people’s hearts.

During the 2011 revolution when the Twitter and Facebook crowd first fomented the country, they waited. But after Mubarak’s fall, they sensed a once-in-a-generation opportunity and emerged from the political netherworld. They knew, however, that they were feared and many suspected their motives, so they moved slowly, cautiously. They camouflaged themselves under the moniker “moderate.” For example, Essam el-Erian, the Muslim Brotherhood’s spokesman, said, “We’re not in a hurry . . . we need to convince people that we are not the bogeymen that Mubarak talked of.”

In June 2011, they formed the Freedom and Justice Party (FJP). When their first political test of strength came following the revolution, they won decisively and outmaneuvered Egypt’s liberal political parties. First they pledged they would run for a limited number of seats in parliament. But in September 2011, they broke that pledge and ran more candidates than promised. The election results exceeded their expectations, and together with the Salafi Al-Nour Party—an even more radical Islamist group—they won more than 70 percent of the seats in Egypt’s new parliament.

If Qaradawi’s appearance on the stage felt like a shock, the Islamic takeover of Egypt’s parliament hit like a tremor. The compass of the Arab Spring that once pointed toward freedom and democracy now swung toward Islam and tyranny. With the overthrow of Ben Ali in Tunisia, Mubarak in Egypt, Gaddafi in Libya, and Ali Abdullah Saleh in Yemen, the Arab Spring had spread the euphoria of democracy through the air. It intoxicated many Westerners who saw these admittedly autocratic and hated Arab regimes fall. But they underestimated the savvy, political skill, and ruthlessness possessed by the Muslim Brotherhood.

The Arab Spring set in motion a Muslim Brotherhood takeover of the Sunni Arab world. Here’s how several commentators put it:

“So here’s the bottom line. There’s a new power in the Middle East. It is an alliance of the Muslim Brotherhood groups already ruling the Gaza Strip (Hamas), Egypt and Tunisia (likely to be ruling parties), Libya, Syria, and Jordan. That’s pretty impressive. They are all dedicated to revolution (even if it has to be achieved through the ballot box) and genocide against the Jews in Israel.”

“The voices of those calling for Western-style liberal reforms are invariably crushed by the more ruthless, and better organized, forces of militant Islam and military tyranny.”

“Ever since Islamists took office in Tunisia, Libya, and Egypt, they have been trying to convince us that they are advocates of moderation, democracy, women’s rights and individual freedoms. And most people in the West, after jubilantly watching the Arab Spring’s amazing revolutions last year, wanted to believe them. But now we can see that these Islamic groups are taking us for fools.”

While the words democracy and Arab Spring seemed interchangeable during the revolution, the Muslim Brotherhood’s idea of democracy differed dramatically from the Western ideal. According to the Meir Amit Intelligence and Terrorism Information Center, “The Muslim Brotherhood does use the term ‘democracy.’ In its view, however, it has two main connotations: a tactical, instrumental means of taking over countries through the use of democratic process [Some explain this cynical use of democracy as “one man, one vote, one time.”]; and an ‘Islamic democracy’ based on Shari’ah law [Islamic religious law] and a model of internal consultation with the leadership [shura]. These views have nothing in common with the ideas of liberal democracy [including minority rights, personal freedoms, rule of law (and) pluralism].”

Former Israeli ambassador to Egypt Zvi Mazel spent a lot of time in Egypt and understood the mentality of the Muslim Brotherhood. During an interview, he warned us, “They will not go away and will try and stay forever. [The] election was good because it allowed them to reach power by [a] democratic way but I don’t think they will continue to be democratic later.” Another Islamic leader—Turkish prime minister Recep Tayyip Erdogan—once described democracy like a streetcar: “you ride it until your destination and then you get off.”

The Muslim Brotherhood jumped on board the “democracy streetcar.”

Déjà vu All Over Again

Some saw the Egyptian revolution as history repeating itself. Marina Nemat did.

She saw the Iranian revolution in 1979 through the eyes of a teenager. She opposed the new and oppressive Islamic regime of Khomeini, wrote articles against the new revolution, and sometimes with her friends played dangerous cat-and-mouse games with the revolutionary police. But one day a knock on the door changed her life forever. At the tender age of sixteen, the police arrested her and the courts sentenced this young antirevolutionary to death. They dispatched her to Iran’s infamous Evin prison. Her book The Prisoner of Tehran contains her harrowing account. She suffered two years of torture, isolation, and finally the humiliation of being forced to marry the man who tortured her. Even years after experiencing those horrors of Evin prison, it seemed you could hear the nightmarish echoes of Evin haunting this brave soul.

Through a set of remarkable circumstances, Nemat escaped and now lives in the West. She says the Iranian revolution—just like the Egyptian one—started out as a cry for freedom and democracy. But when she watched the TV images coming out of Cairo, it was like watching her past. “I thought, wow, that looks really like Iran in 1979, and I couldn’t help it. You know, you go talk to Iranians. I’ve been talking to Iranians here in Israel and they agreed with me. It looks identical.”

Nemat knew even in the early days of Egypt’s revolution that the Muslim Brotherhood outmatched the social media crowd. “Is it going to be the Google guy [to rule Egypt] who started the whole thing, the young man? That would be really promising. But unfortunately, that’s not the way it goes. Usually the ones who end up leading the revolution are organized, ones who know how to go for power, how to pounce for it.” 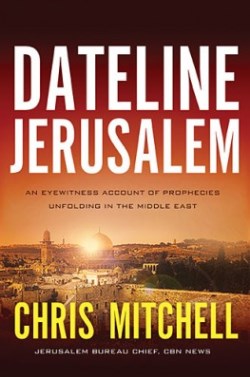