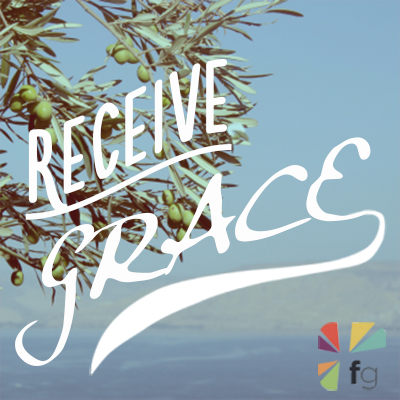 Located on the northwest shore of the Sea of Galilee, Tabgha is the supposed location where Jesus, after His resurrection, appeared a third time to the disciples as a stranger on the shore.

For Peter, this was the beach where everything changed. Here, an exhausted, confused fisherman embraced a to-the-death martyr’s calling.

On this beach, his shame was washed away, like a signature in the sand eradicated by a surge of bubbling surf. His purpose was reaffirmed. His bewilderment was banished, his focus regained.

A few weeks after their meeting on this beach, the disciples would experience another epic event: the Day of Pentecost. They were fueled by the power of the Holy Spirit even as they huddled nervously in prayer. On that Pentecost day, Peter would step up to the plate, plant his feet, and begin his role as a bold spokesman for the infant church. Head- and heart-turning miracles would pulse from his shadow. The coward would become a hero, later enduring insults, threats, prison, beatings, and ultimately execution.

But how might history have been different if Peter had never even made it to the Upper Room, excluded by his own failures, disqualifying himself because he’d made such a mess of things?

Judas had betrayed Jesus for cash. Unable to live with the shame of that, he’d chosen suicide, oblivion at the end of a rope.

While Peter didn’t actually sell his Friend out to the authorities, he did betray Jesus to save his own skin. What might have happened to Peter if he had not been able to receive the grace that forgave his treacherous words? The beachside breakfast was a major turning point for Peter – it was his pathway to the Day of Pentecost and beyond.

And so I decided to get to Tabgha by boat, a brief voyage across the Sea of Galilee. I knew the beach would not be unsullied by the religious fervor that rushes to build shrines. This would be yet another “holy” site. Sure enough, the beach has a church building to mark the spot, the Church of the Primacy of St. Peter. Although the current building is only eighty years old, there has been a shrine-church here since the fourth century. It’s built around a rock, and tradition says that it was here that Jesus served that historic breakfast to Peter and His friends.

The boat trip was exhilarating and amusing. Glad to be in the fresh air and rustic beauty of the Sea of Galilee, I was starting to feel alive again. Here Jesus spent much of His life, and it was easier to imagine Him enjoying glorious sunsets and misty mornings. The shrines of Jerusalem and Bethlehem had distanced me from Him, and had even made His mission seem somewhat farcical: He had not died to create a church ridden with mindless tradition, where clerics fight over ladders. But He had traversed this sea, ridden out its storms, even walked on its surface.

Even the antics of the boat captain couldn’t dampen my enthusiasm for the beach. After asking what my religion was and what denomination I was from, he selected a music CD from a large collection: organs and choirs for Anglicans, drums and guitars for Pentecostals and charismatics, and a sung mass for Catholics. I smiled as we floated across the beautiful lake, accompanied by the strangely incongruous soft-rock anthems from Hillsong Australia.

The captain was a good host. He was obviously familiar with the story of Peter and his friends hauling a miraculous catch of fish out of these waters, as the mysterious Man on shore told them where to cast their net. A hundred yards from the beach, the captain produced a net of his own and asked me if I’d like to try my hand at Peter’s craft.

Just as Peter had done at Jesus’ command, I cast the net on the right-hand side of the boat. To do anything else would have seemed wrong, faintly rebellious, as if I knew better. It still came up empty.

The captain tapped his CD player into silence mid-song and docked the boat.

My moment had arrived. We made our way around to the front gate, the entryway to the church and the beach. Suddenly my heart sank as I approached the gate.

It was guarded by a scowling priest, surveying every visitor like an ecclesiastical sentry. I thought back to the grim-faced monks and priests at the sepulcher. But I dismissed the image, and with the sun on my back, I smiled at the priest as I passed him by. By now I was excited. I didn’t want to go inside the church; instead I just headed past it, straight to that shoreline.

But I almost didn’t make it.

As I went to walk by the poker-faced priest, he jumped up and snapped something at me in Hebrew.

I’m not sure why I momentarily searched my memory banks for a translation. My Hebrew is limited to one word. Shalom. And that didn’t seem to be what he was saying. I started to walk on, but he yelled and pointed directly at me, speaking in heavily accented English.

A lot can happen inside my head in a second or two.

For an illogical moment, I thought that somehow this stern cleric knew my deepest flaws, my darkest moments of shame. Ridiculous though it sounds, I wondered if perhaps he just knew that utterly holy I was not, and so was blocking my way to the beach.

In a world of ultra high-speed everything, some of us can hurtle into irrational guilt and shame in a millisecond. Seeing the look of shock on my face, the priest used his pointing finger to jab at a sign, one that I had not noticed before. In four languages – Hebrew, German, French, and English – a two sentence prohibition was clear: No shorts.

There was even a drawing of a pair of shorts in a circle, with a line drawn through them, like a no-smoking sign. Yikes. This was bad news indeed.

I was wearing shorts.

I felt the pitying eyes of others behind me, waiting in line. Some glared at the blasphemer that was apparently me, a good candidate for a stoning. I wanted to protest. The blistering heat meant that shorts were the only sensible attire – unless, of course, you plan on visiting a holy site. And I had planned to do just that. I’d come too far to miss the beach. And so, pride cast aside, I decided to beg. When all else fails, plead.

The folds of the old priest’s face seemed to fall most naturally into a frown; a scowl had been his facial expression of choice for some time. He stood up, hands on hips, a look of disdain locked in place, his posture screaming the message: I’m in absolute charge here, and don’t you forget it.

I stammered out an apology. Explained that this was the last day of the trip, my final opportunity to visit the beach. Promised that I wouldn’t try to go into the church and defile it by my startlingly white legs.

I could tell he was in a quandary. He wanted to let me in, and he wanted to maintain his authority. He had to compromise, but his suggestion was alarming.

“Pull your shorts down and cover as much of your legs as possible. Then you can go in.”

It’s not a pleasant picture, is it? Rather obviously, if you yank your shorts down a couple of inches, you maintain your modesty at the front, but your back is… exposed. Okay, I’m trying to be discreet. It’s your backside that’s in view.

And so that’s how I finally made it to the beach. I walked there awkwardly, because my shorts were too far down my legs. I stood on the beach, feeling ridiculous and exposed, wondering if those camera-festooned tourists were confused as to why anyone would visit this place while revealing the crack of his rear end.

On the bland sand at last, I kicked at a pebble angrily, smothered by shame because I wasn’t wearing the right uniform, stung by being made to feel like an outsider. I had felt like a refugee at Bethlehem, unable to wholeheartedly join in with all that kneeling and self-crossing and kissing. The sepulcher, with its shadowy territories and its immovable ladder, far from inspiring my faith, made me feel like I wanted to run away from faith at high speed. I felt overwhelmed by all I perceived that was wrong – a feeling that had become all too familiar to me.

I feel that when a hollow cliché is palmed off as a profound truth. I feel it when an evangelist declares that a wheelchair-bound man is healed, but even as the crowd cheers, I see him wince in familiar pain. When fellow leaders act so anointed, so very certain of themselves, I feel like I’m on the outside. I feel like an outsider when Christians snarl and bite, and when heaven seems silent and has been for a while.

And sometimes I’m overwhelmed by all that is wrong with me.

When all of my resolution is as dust and I am flushed with the shame of failure, I feel like an outsider.

Having finally made it to the beach, instead of experiencing a warm glow as a pilgrim, I was red faced with embarrassment. It wasn’t just about me, hapless in my impossibly stretched shorts. While I stood at the gate and frantically tried to stretch them down over my knees, I watched as a bright, smiling young couple were turned away from the gate because she too was wearing shorts. Their smiles were quickly wiped off their faces. I wondered if they thought that God was similar to the glowering priest guarding the beach: tetchy, illogical, unwelcoming.

The God who rages at those who wear shorts.

Did you know it would turn out like this, Jesus?

And, if you’re happy to line up with such an odd crowd – one like you.

The beach at Tabgha is often shrouded with fog, especially in the early morning hours. Seeing anything much is difficult on those days.

I want us to walk in Peter’s sandals for a while and ponder what it means to call ourselves Christian when life is tough, tragic, hard, and just plain boring. I’d like us to ask some hard questions as we sit on the beach together:

I’d like to intertwine reflections on Peter’s beach experience with some snapshots from my own journey. I’m embarrassed that some might feel that parallels between my story and Peter’s are inappropriate or even pretentious. But be assured by my conviction that my affinity with him is simply as a fellow failure, nothing more. Perhaps you feel similarly at home with the headstrong fisherman, aware as you are of your own flaws and failures.

Peter makes good company. Ask any congregation to vote for their favorite Bible character apart from Jesus, and Peter usually wins by a landslide. His fragility is strangely comforting. So let’s listen in on the conversation between Jesus and his friends, especially Peter.

And as we do, perhaps we’ll be nudged to have some conversations with Jesus ourselves. He listened well that day. He still does.

Do you sometimes feel like an outsider too? Like a failure? What do you think of Jeff’s hard questions above? Come join the conversation on our blog! We would love to hear from you! ~ Devotionals Daily 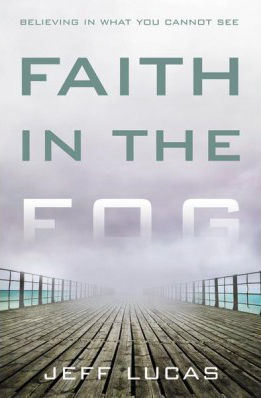