A true renaissance man, Rory Feek is known as one of Nashville’s premiere songwriters, entrepreneurs and out-of-the-box thinkers. He is a world class storyteller that crosses all creative mediums from music and film to books and the internet. As a blogger, Rory shares his heart and story with the world through his thislifeilive.com blog that has over 2 million Facebook followers. The love story of he and his wife, her recent battle and loss to cancer, and his vignettes of unwavering faith and hope in the face of tragedy inspires millions of readers who follow along with each post. As a songwriter, Rory’s written multiple number-one songs, including Blake Shelton’s “Some Beach”, Easton Corbin’s “A Little More Country Than That”, and Clay Walker’s “Chain of Love”, and had dozens of other songs he’s written recorded by Kenny Chesney, Randy Travis, Reba, Trisha Yearwood, Waylon Jennings, and many others. As an artist, Rory is one-half of the Grammy nominated county-music duo Joey+Rory. He and his wife Joey Martin toured the world, sold hundreds of thousands of records, and have their own weekly hit television show that airs all across the country on RFD-TV. Their latest album “Hymns That Are Important To Us” sold 70,000 copies the first week and debuted at number on Billboard album charts. As a filmmaker, Rory just finished directing his first feature-length film, “Josephine”, an epic love story set during the declining months of the Civil War, with a screenplay that he co-wrote with Aaron Carnahan. Rory has three other screenplays in process. He also writes, shoots and edits their music videos, and is the creator of the television shows and specials in which he and his wife appeared. He and his 2 year-old daughter Indiana live an hour south of Nashville in an 1870’s farmhouse near their family-owned diner, Marcy Jo’s Mealhouse. 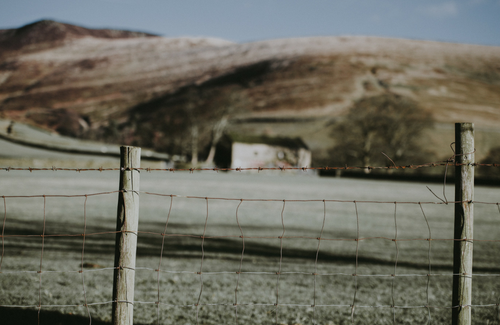 Somewhere between Heaven… and burning in hell. She doesn’t believe in God. At least that’s what she tells me. Heidi is so much like me it’s scary. No, not in that way… I do believe in God. But she’s like me in the way that she questions everything and analyzes life to the nth degree.…

I asked for God to give me a sign… He gave me a building-sized billboard. Joey and I kept in touch and would talk to and see each other now and then, but it was clear that she was headed in one direction and I was headed in the other. And just as she had told…