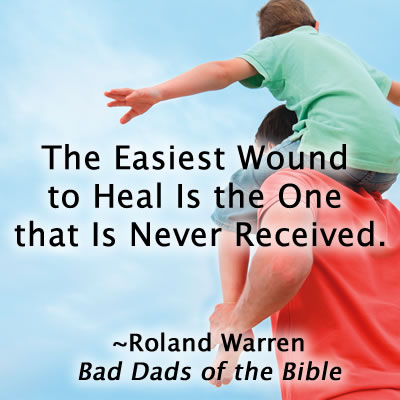 When my oldest son, Jamin, was moving out of the toddler years, I started to have a difficult time hugging and kissing him. I wasn’t really sure why. But for some reason, it felt strange and well… just weird. So I decided to talk this situation over with my wife, Yvette. She listened intently as I explained my dilemma. When I finished, without hesitation she said matter-of-factly, “Well, you’re just going to have to hold your nose and do it because he needs it…”

So I did. I hugged and hugged and kissed and kissed. And, ironically, I found that the more I did it, the less weird it felt. So much so, that my now thirty-year-old son and his twenty-eight-year old brother Justin still frequently get a “wet one” on the forehead along with a daddy bear hug — or two.

Some years ago, I reflected upon what was going on with me and concluded the following. First, this hugging and kissing thing didn’t happen for me because I grew up without my father. I realized that it’s difficult to be what you don’t see and difficult to give what you didn’t have. And, in my case, I didn’t see this type of affection from my dad, and so it was hard for me to give it to my own son. In fact, had it not been for my prescient and persuasive wife, I was about to pass on a not-so-good legacy to my sons that I had inherited from my absent father.

Second, I determined that children have a “hole in their soul” in the shape of their dads, and if fathers are unable or unwilling to connect with them physically, emotionally, and spiritually, it can leave a wound that is not easily healed. Admittedly, for much of my life, I was a wounded soul. Truth be told, my difficulty giving the much-needed affection to my son was the result of unhealed wounds from years of feeling neglected and less than worthy. Over the years, I had learned to stuff these feeling away as if they didn’t matter, but they clearly did.

Interestingly, it was the act of truly embracing my role as a father that helped to heal me because it required me to love not only my sons, but also myself. It became clear that I couldn’t really love my children – the way that God wanted and needed me to – unless I did some “work” on myself.

Finally, I noticed that an interesting thing happened when I hugged and kissed my son. He hugged and kissed me back, even when I didn’t expect him to. It was as if he needed to give affection as much as he needed to receive it. And, as a child, so did I, and I guess that I missed something special because I did not have this opportunity with my father.

As I have traveled the country to speak about the importance of fatherhood, I have met other wounded souls – adults and children – who long for the special love and affection that only good fathers can give. Indeed, I am blessed with their burden. It is what motivates me to reach as many fathers as I can as fast as I can, even when the money is short and the days are long. After all, the easiest wound to heal is the one that is never received.

Watch the Trailer for Bad Dad’s of the Bible:

Dads, take a moment to think through what legacy you don’t want to pass on to your children, and what legacy you do want to impart to them. What do you want them to remember about you and the way that you loved and fathered them? Come join the conversation on our blog! We would love to hear from you about the importance of becoming a great dad! ~ Devotionals Daily 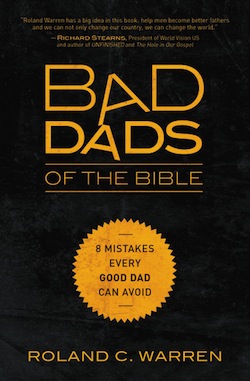