Editor’s Note: Welcome to Sit & Listen Saturday featuring Devotionals Daily audio devotions. Enjoy reading as well as listening to your devotional today from The Me I Want to Be by John Ortberg.

In the church, we have a sin problem.

Imagine going to see a counselor and saying, “I only want to talk about problems I used to have. Please do not ask me to acknowledge having any current problems. It would be embarrassing. I’m afraid you might reject me.”

Why would anyone go to church to try to convince the people there that they don’t need a church?

Years ago in southern California, I was part of a small group in which we were all relatively new husbands. We talked about our adjustments to married life, our sexuality, our jobs, our faith, and our money. We went to movies, baseball games, and weekends in Palm Springs. But one day one of the guys didn’t show up, and we found out that week that he had struggled with compulsive gambling for years. This put him in huge financial problems, which then led to financial dishonesty at work. Eventually he got fired and got divorced. He had lived in fear, compulsion, and self-loathing for years — but none of us knew. Maybe he didn’t have the courage to tell us. Maybe we sent subtle signals that talking about such deep problems would be unwelcome. I found myself wondering afterward, How deep did the roots of these issues go in his life? When did they start? If we could have talked about them, would his life have gone differently? How much did my own need to look better than I am contribute to a culture of superficiality? All I know for sure is that what should have been the place of greatest safety and healing was not.

David was Israel’s greatest king — but he was also a polygamist. He was a terrible father. He coveted another man’s wife, committed adultery with her, attempted to deceive the husband, eventually had the husband murdered, and covered up his crime for a year. He was a liar, an adulterer, a coveter, and a murderer. As a friend of mine noted, no one at the time was wearing a “What Would David Do?” bracelet.

Yet he was called “a man after His [God’s] own heart.”

Is it possible for someone to be struggling so deeply with sin and yet still long for God at the same time?

I heard a Christian leader speak about the two great sins that plagued his spiritual life. One was that there were times when he was on an airplane and was not as bold in witnessing to the passenger next to him as Jesus would have been. His other confession was that there were times when his mind wandered while he was praying. He expressed great angst over these sins.

What hope does that leave for those of us who, as the author Anne Lamott says, do things that make Jesus want to drink gin out of the cat dish? Even in writing this, I confront a strange problem. If a pastor confesses to serious sin, people think he should leave the pastorate. If he only confesses to safe, non-scandalous sins, people think he is inauthentic and hypocritical. So at this moment I find myself wanting to make some confession that will look vulnerable and honest, yet not be so scandalous as to cost me my job. I cannot confess sin without sinning in the act. You don’t have to be victorious to join Alcoholics Anonymous — just needy. There are no “recovered addicts,” only people in the process of recovering, because as soon as sobriety leads to self-righteousness, for disaster to come is just a matter of time.   However, relationships grow deep when people become real, which is to say, honest about the sin common to us all.

Honesty, openness, and vulnerability… are scary. But how else can we grow, and get better, and live in community the way God designed us to do unless we share what’s true with safe people around us? With whom are you being human? Who knows the real you and loves you still? Come share with us on our blog. We would love to hear from you! ~ Devotionals Daily 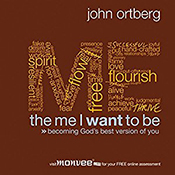