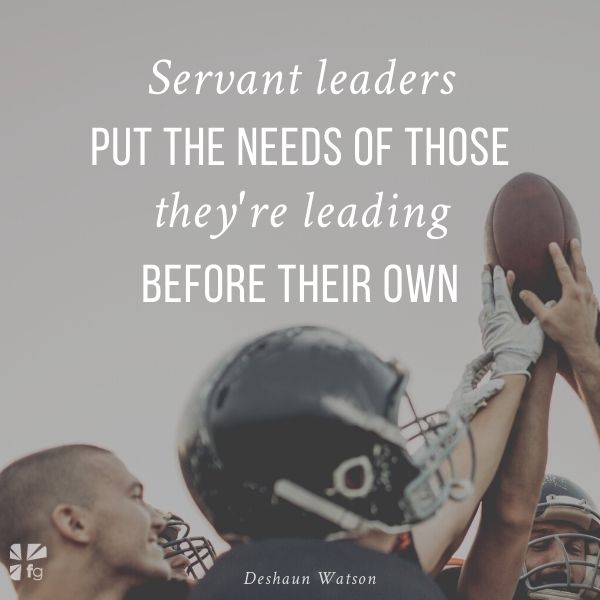 I stepped into the greenish water and walked until it came up to my chest. My white T-shirt clung to me, and I had to strain to hear the words of the rabbi over the wind that rushed past. He explained what would happen next. I nodded and took a deep breath. I was ready.

I had encountered many life-defining moments before—a football state championship in high school, a national championship in college. Watching my mother face down cancer. But this wasn’t just another experience. I knew, even as I stood there in that cold water, that this moment was more important.

The rabbi stepped forward, put his arms around me, and leaned me back. I pinched my nose as he lowered me into the Jordan River. The cold water closed over me, and then I was lifted up again. I couldn’t believe it. I had just been baptized in the homeland of my faith.

My baptism in Israel was the highlight of a life-changing visit to the Holy Land in 2019. I have always treasured the lessons history can teach us, and I was completely captured by the stories of both the land and the people of Israel during my time there. I absolutely loved standing on the banks of the Jordan River, looking out at the site where the tabernacle stood after Joshua led God’s people into the promised land. Trying to take it all in, I was humbled and overwhelmed but also felt a strong sense of peace and reverence all around me.

I knew how lucky I was to be there. I could never have imagined standing in this place when I was a boy growing up in rural Georgia with no father and a mother who struggled to afford to keep her family fed. I also knew that I wanted to encourage other people to chase their dreams, just as I had, and to see how far those dreams could take them. I hoped that my being in Israel would inspire those who started out like I did to be able to see themselves there—or wherever their version of this dream was—someday too.

As a quarterback in the National Football League, I’ve learned that when you’re an athlete, particularly a professional one, a lot of people are looking at you. And they’re not looking at you just on the playing field, although success in my craft has always been something I value enormously. I am constantly in the public view. When you’re a quarterback, people look to you to be a leader of your team, whether you want to be or not. That’s just part of the position. You’re the one calling the shots, you’re the one all your teammates look to on the field, and you’re seen as the team’s representative off the field as well. My role, I’ve come to understand, is bigger than throwing a football.

I didn’t start playing quarterback because I wanted to be in charge. It’s just the position I felt the most excitement about, and the one that felt the most natural to me, ever since I first took the field in high school. But with that role, I quickly realized, came expectations. Because I was the quarterback, people looked to me to lead, even back when I was a scrawny freshman. Those expectations only grew once I got to Clemson University and then into the NFL.

So I decided that if I was going to be seen as a leader, I wanted to do it intentionally. I didn’t want to just lead by default—I wanted my decisions to inspire and motivate people to want to do great things. I wanted to lead with meaning and purpose and never let anyone down.

Once I set my mind on something, I am totally dedicated to making it happen. As you’ll learn, I’ve been exposed to some remarkable leaders, people with the energy, commitment, and focus to bring out the best in everyone around them. I thought about the leadership they gave me, and I began to look for a common point, something they all expressed in their leadership style.

Still I noticed common threads. All the leaders I admired commanded respect. They didn’t have to demand it—it was their due. From my tutor in college to the various coaches I’ve been blessed to work with, respect was a given. Further, none of those leaders simply barked orders. Rather, they showed me why one particular idea or strategy would work and how I could best use it. Just as important, in leading this way, they truly wanted to make me better at whatever I was doing. That really resonated with me.

I remember a conversation I had with a friend when I was a rookie in the NFL. At some point, the topic of leadership had come up. She’d mentioned that my style of leadership wasn’t particularly forceful, nor did I ask everyone around for their opinions while making a decision.

Instead, she said, my demeanor was closer to that of a servant leader—someone who looks to serve those around him or her first, then turns their attention to leading. Unlike other leaders for whom leadership itself is the top priority, a servant leader emphasizes service above everything else. That appealed to me a great deal.

The term servant leader attracts a lot of buzz, but I can’t help but think that many people don’t understand what it truly means. The phrase was coined by Robert K. Greenleaf, founder of the Greenleaf Center for Servant Leadership. Greenleaf was a business and management executive who studied leadership for a number of years and determined that many leaders were ineffective in their roles. Rather than focusing on their own power and authority, leaders were far more influential when they served the people they were charged with leading. Servant leaders put the needs of those they’re leading before their own. They make sure the people they’re leading are experiencing growth. They think of others before themselves.

I embraced those ideals in part because they represented the same sort of leadership I saw in how Jesus interacted with His disciples back in the days when He was walking alongside the Jordan River. That was the kind of leadership I wanted to model: effective, powerful, and sacrificial.

One of the qualities of servant leaders is that they inspire others around them to follow their own dreams, and that’s where this book comes in. In this book I will lay out the eleven rules, or guiding principles, I try to live by. My hope is that these principles will inspire you to go after your dreams too.

Why eleven? There are eleven players on each side of a football game—it seemed like a natural way to arrange things! These principles are:

Never Forget Where You Came From:

Always embrace your past because that’s what helped make you the person you are today. Your roots help you identify not only the need for leadership in particular situations but also what you have inside you to offer to others—how you can be of service to them to help them grow and succeed.

Focus on What You Have, Not What You Don’t Have:

Sometimes it takes the struggles of others to put into perspective all that you should truly be grateful for.

If you want to win, you have to put in the work. If you have to ask yourself if you’re sufficiently prepared, the answer is no.

Your Word Is Your Oath:

When you make a commitment, you stand by your word.

Failure: The Best Teacher There Is:

Winning is wonderful, but losing can teach you so much more.

Never Get Too High, Never Sink Too Low:

Ignore the Doubters, Forgive the Haters:

Stay focused and positive, no matter the negatives swirling around you.

Find a Coach, Be a Coach:

Once you’ve gained knowledge from a great coach, pass it on to someone else.

I’ll expand on these principles using stories and experiences from my life—from my childhood through high school, college, and, ultimately, professional sports. Although my goal is to share ideas and lessons that can be applied to anyone’s life, there will be plenty of football stories for fans eager to get an inside view of what happens at the highest levels of the sport. Football has been much too important in my life not to tell some entertaining stories that also underscore my journey as a servant leader.

I feel very strongly that if you apply these principles consistently in your life, you will not only succeed in whatever dreams you may pursue but also share that strength and success with everyone else you come into contact with.

“Whoever wants to become great among you must be your servant”

Who has modeled servant leadership in your life? How can you begin living out the principles Deshaun mentions to become a better servant leader? We’d love to hear your thoughts in the comments!