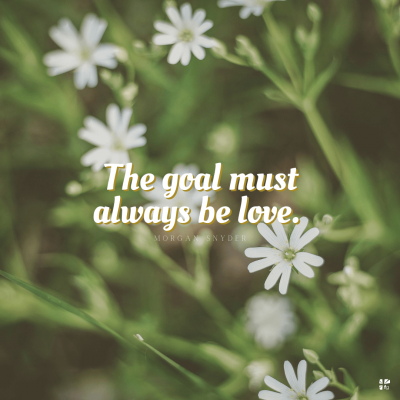 Before my father died, he said the worst thing about growing old was that other men stopped seeing you as dangerous. I’ve always remembered that, how being dangerous was sacred, a badge of honor. You live your life by a code, an ethos. Every man does. It’s your shoreline. It’s what guides you home. And trust me, you’re always trying to get home. — Lieutenant Rorke Denver, Act of Valor

Nine months after SEAL Team Six took out the world’s most wanted man, Osama bin Laden, they completed another dramatic and secret mission: rescuing Jessica Buchanan, an American aid worker, from the hands of Somali pirates. In response to her plight, two dozen SEALs parachuted into southern Somalia, killed all nine heavily armed kidnappers, and liberated Buchanan, as well as a second aid worker — all without any American casualties.

The heroic acts in the final moments of this remarkable rescue reveal something of the culture and character of the Navy SEALs. Here are Jessica’s own words: “At one point… this group of men who’ve risked their lives for me already asked me to lie down on the ground. Because they’re concerned there might be [more armed terrorists] out there. They make a circle around me and then they lie down on top of me, to protect me. And we lie like that until the helicopters come in.”1

To the world, it was extraordinary. To the Navy SEALs, it was another day’s work. It’s what they do. Because it is who they have become.

I was connecting with a United States Marine Corps officer as he reflected on his combat training. He said they’ve learned through trial and error that the only way to properly train and be fully equipped for war is with live ammunition. It’s the way of the marines, and it is the way of the Kingdom of God.

If you have traveled this far along the ancient path to becoming a king, you don’t have to be told it’s going to be a fight. That’s why so much of the masculine journey is warrior training.

God must restore the warrior if we are to become the kind of man and the kind of king who can be entrusted with the leadership of His Kingdom.

While becoming a warrior will take on expressions and applications unique to each man, the essence of the process transcends culture, profession, and context. We are being formed and forged in God’s image, as men.

Let’s take our place at the feet of great warriors who have marked out a path to becoming a warrior. Yet as we stand at this bend in the path, we remind ourselves that war is never the point.

The goal must always be love.

A wise elder once said that we fight what is in front of us so we might protect what is behind us. Our enemies (the evil one, the fallen world, and the flesh in the heart of every person) are aggressively waging war against our heart, the hearts of those we love, and the hearts of those entrusted to our care. Our passivity will only increase the casualties. We must turn with increasing measure to our Father to be trained as a warrior, to become the kind of man who not only has the heart to give his life heroically but also has the skills and strength to do it effectively.

What Story Are You Living In?

As one of my mentors put it, the interpretation you use to understand your reality and your role in it will be the single greatest force in shaping what becomes of your next decade. In the words of Dan Baker in What Happy People Know, “The stories we tell ourselves about our own lives eventually become our lives… The choice is ours.”2 Our life will be significant in proportion to the stories we choose to interpret our reality.

What stories are you using to interpret your reality?

In the novel Peace Like a River, Jeremiah Land, the father figure in the story, put it this way: “We and the world, my children, will always be at war. Retreat is impossible. Arm yourselves.”3

Yet in this powerful story, the weapons Jeremiah uses are not physical fire-arms but the even more fundamental weapons of courage, wisdom, strength, endurance, self-control, prayer, faith, love, and sacrifice. He wages war heroically against death, cruelty, and violence, but in the power of One far greater than himself.

While many Bible translations render the Hebrew name for God, Jehovah Sabaoth, as “the Lord God Almighty,” it is more accurately translated “the Lord of Angel Armies.” We can conclude that the Creator filled the spiritual realm with the kingdom equivalent of Navy SEALs for a reason.

The writer of Hebrews defined the nature of faith as “confidence in what we hope for and assurance about what we do not see” (Hebrews 11:1). That which is unseen must not be irrelevant to our lives. In fact, as Dallas Willard taught in The Divine Conspiracy, “the most important things in our human lives are nearly always things that are invisible.”4

The world, the flesh, and the evil one tempt us to settle for the smaller story: a narrow quest to arrange for the happy little life. Yet something deeper in us knows that a life arranged only for a sense of comfort, security, and personal happiness is far too small to hold the expanse for which the masculine soul was designed to thrive. We must remember Peter’s urging:

Be alert and of sober mind. Your enemy the devil prowls around like a roaring lion looking for someone to devour. Resist him, standing firm in the faith, because you know that the family of believers throughout the world is undergoing the same kind of sufferings. — 1 Peter 5:8-9

If we are to interpret our lives and understand the times, we must recognize the unseen war being waged for our soul as a man and let this be a central theme of our apprenticeship in warrior training for our unique place in the Kingdom of God.

In Waking the Dead, John Eldredge made the point,

Until we come to terms with war as the context of our days we will not understand life. We will misinterpret 90 percent of what is happening around us and to us. It will be very hard to believe that God’s intentions toward us are life abundant; it will be even harder to not feel that somehow we are just blowing it. Worse, we will begin to accept some really awful things about God.5

God’s story is a love story, no doubt. A story of thrilling goodness, intimacy, and beauty. Yet we live quite east of Eden. It is a love story set in the midst of war.6 And though we are elaborately provided for by Jesus’ death, resurrection, and ascension, we must still battle to recover the treasure for which we were made: interactive relationship with God and others from a healed and whole heart.

We are asking Jesus to help us see into the unseen, and He assures us that if we ask, we will receive. As we ask, the Holy Spirit will pull back the curtain, and we’ll never be the same. As we increasingly choose to believe, we will begin to see reality as Jesus sees it. To live the life Jesus lived, we must hold to the same beliefs that He held to regarding the nature of reality. Seeing as Jesus sees will change everything, for the good.

Training for the Fight

Where can we go to learn to resist and dismantle evil and fight for love as did Jesus, the warrior? Let’s again look at the U.S. Navy SEALs for specific counsel and leadership. The Navy SEALs live out in the natural realm what men are called up into in the spiritual realm. Right here. Right now. Right where we find ourselves to be. Just as every great story borrows its power from the greatest story of all, the trial-tested strategies for the SEALs’ survival and success borrow power from the truths of apprenticeship in the Kingdom of God.

The ability to identify, process, and comprehend the critical elements of information about what is happening to the team with regard to the mission. More simply, it’s being aware of what’s going on around you. It’s the ability to see the real world and react to any situation without hesitation and make split-second decisions that could have global ramifications.7

Though our battle is first and foremost an unseen one, all training is done with live ammunition. We need look no further than to our own story to see that the damage of evil is real and there is much at stake, including the life of our soul and the souls of those we love.

As believers, we can’t just settle for a happy little life in the middle of an unseen but very real war. We, out of love, have to be armed to fight the evil one, the fallen world, and the flesh in the heart of every person to protect our hearts, the hearts of those we love, and the hearts of those entrusted to our care. Come share your thoughts with us on our blog. We want to hear from you! ~ Devotionals Daily