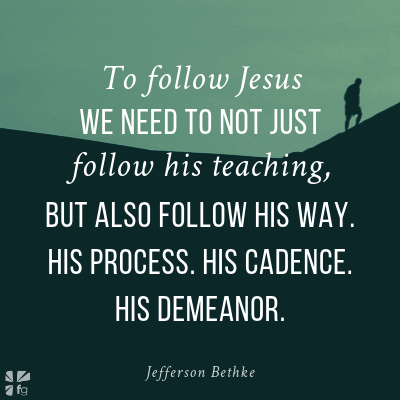 We’re Being Formed, Whether We Like It or Not

If a whiteboard were a love language, it would be mine. Who cares about “quality time” or acts of service?1 I just want to brainstorm and scribble about ideas.

While I love to use the whiteboard for just about anything, it also shows up in a few predictable and big ways for our family at the end of every year during our Bethke Family Summit. This is a fun practice we started a few years ago where we carve out a few days at the end of every December to reflect on the past year, cast vision for the coming year, and check in on how we are doing in areas like growing together, parenting the kids, and more. On the first year of our summit, Alyssa and I had a nice dinner away from the kids, and with a blank journal nearby, we started asking and answering questions. It has evolved and grown into a multi-day super fun and celebratory reflection camp that includes our toddler-aged kids. It’s like a corporate teambuilding event plus a vision-casting retreat, yet just for our little family team, and when they’re older, we’ll incorporate our kids’ input too.

But here’s one thing that might surprise you. One of our rules for the summit is no talking about goals. We aren’t allowed to talk about or even use the language of “goals.” We spend a few days reflecting and dreaming and connecting about the past year and the one coming up, and we don’t even set one goal.

There’s a principle in financial investing called a stop-loss order. It’s essentially a benchmark set to automatically get rid of a stock if it drops below a certain value. If you buy a stock for fifty dollars, then you could set a stop-loss order for thirty dollars. So if the stock dips to thirty dollars, it’d automatically be sold in the system without you actively doing it.

A few years ago, Alyssa and I looked at each other and knew that we had reached our stop-loss order for goals. The results we were getting from the goals we were setting had dipped far below what we wanted to get back from them. So we sold it back into the system. Moved on. We haven’t set goals since. And here’s why: for our family, goals haven’t really helped us become who we want to be.

So we swapped them with one word: formations, which is the “process of forming.”

What’s the difference? Keep in mind the definition of a goal: “the object of a person’s ambition or effort; an aim or desired result.” You can already see a stark difference between a goal and formation just in their definitions.

One is about doing. The other is about being.

One is about results. The other is about process.

To me they are similar, but the word formations seems to capture a bigger, truer idea. Goals are about what practices I’m doing. Formations are, too, but because they add a few extra words in the beginning, they take on a deeper layer: formations are who I am becoming through the practices I’m doing. While this has been a tiny and perhaps a semantic change, it has yielded a massive difference in our lives. It has shifted our north star so we see ourselves through not what we achieve but who we are becoming, and we are putting tiny, micro, and repeatable practices in our path that will take us there.

In short, how we live forms us into a particular human. And we have to ask, is that the same human Jesus envisioned for our flourishing and our lives?

I think if we were honest, most of us would answer no.

I’ll even say it a little more plainly for those in the back:

We as humans are the summation of our repeated practices and rituals. Humans aren’t made. We are formed.

So Alyssa and I over the last few years have leaned into this forming idea, asking ourselves, Who are we becoming through the practices we are doing? And, can we create or point ourselves toward certain practices that make us the fuller, richer, more anchored humans we are meant to be? And this matters. For a few reasons. One, it feels more human. We are designed and primarily wired for becoming, not achieving. And two, I think in Christian circles we tend to focus far too much on assessing every decision we make through a lens of morality—is it right or is it wrong? There is merit to this, but I think it’s too simple. It’s elementary. And it doesn’t take us where we need to go ultimately. It’s why a Christian may not be doing anything morally “wrong,” yet is addicted to being busy, feeling frantic, and overall staying anxious in their work and relationships, which clearly doesn’t line up with the way of Jesus. To follow Jesus we need to not just follow his teaching, but also follow his way. His process. His cadence. His demeanor. His spirit. His very essence.

Who am I becoming through the practices I’m doing?

That’s the better and truer question.

Watch the video from Jefferson…

He said to them, “Come with me by yourselves to a quiet place and get some rest.”
— Mark 6:31 NIV

How can you better follow the cadence of Christ in your life today? And how is this idea freeing for you — to move away from goals & achievement and instead toward formation & becoming?  We’d love to hear your thoughts in the comments!