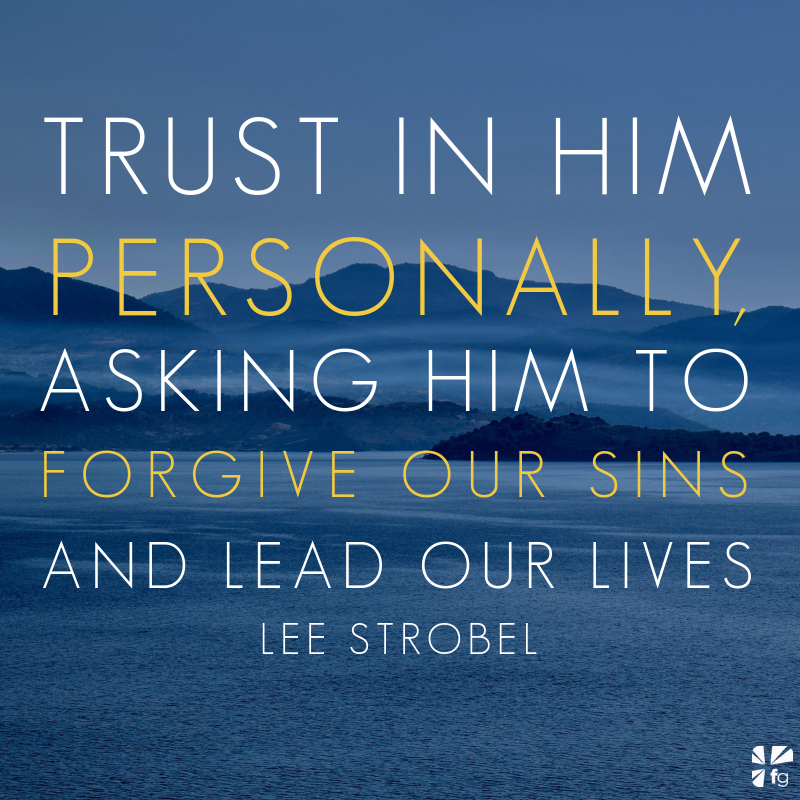 This verse is probably the best-known passage in the Bible. It is also one of the most misunderstood. Many people reduce it in their minds to a superficial understanding of believing, as in “I believe Jesus was a historical figure.” A good man. A wise teacher. Maybe even a prophet or the long-awaited Messiah. Some will even go so far as to acknowledge Jesus died on the cross and rose from the dead three days later, but they keep it at the intellectual “belief that” level.

The problem is, the context of John 3:16 shows that God requires more than just a nodding of our heads in agreement with the basic facts about his Son. Yes, that’s an important first step, but we need to go beyond merely believing that Jesus is who He claimed He is, to actually believing in Jesus. The Greek word that is translated in the verse as believe literally means “to be persuaded of… to place confidence in, to trust… [It is] reliance upon, not mere credence.”1

Mark Mittelberg explains this with an illustration that has helped many people. He says, “When this church service is over, I’m heading to the airport to fly back home. But it’s not enough for me to sit in the terminal and believe that airplanes fly. Just acknowledging the soundness of aviation science will never get me home. I have to go beyond mere belief that airplanes fly to a personal belief in the particular airplane that’s heading to my city —  demonstrated by climbing on board. It’s that act of trust that will ultimately get me where I want to go.

“Similarly,” Mark continues, “we all need to go beyond merely believing that Jesus is the Son of God who died on the cross for our sins. We must take the next step and trust in him personally, asking him to forgive our sins and to lead our lives. That is the equivalent of ‘climbing on board’ with Jesus in a way that will ultimately get us where we want to go spiritually.”

Believing that Jesus is the Savior of the world is a good start. But we need to make sure we’ve moved beyond just nodding our heads to the basic facts about Jesus and we’ve actually put our trust in Him as our forgiver, leader, and friend. Then we need to help our loved ones do the same!

Excerpted with permission from The Case for Christ Daily Moment of Truth by Lee Strobel and Mark Mittelberg, copyright Lee Strobel.

Believing that is just step one. It’s important, but not everything we need to grow and develop in our faith. Faith requires that we believe in, lean on, and put our full trust in Jesus as our Savior! Come share your thoughts with us on our blog. We want to hear your story of faith! ~ Devotionals Daily