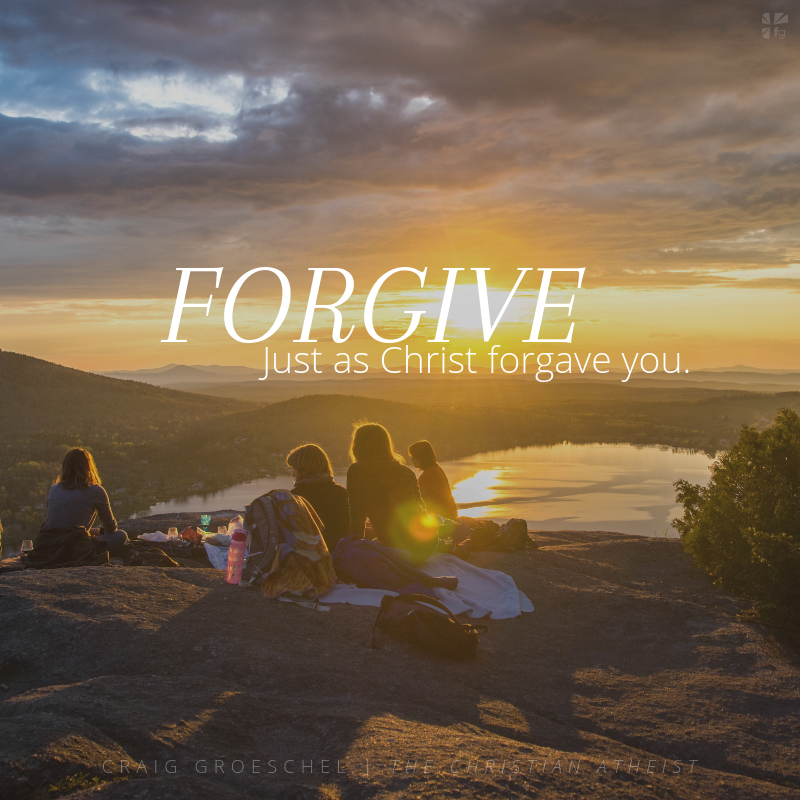 When my little sister, Lisa, was born on my third birthday, my parents told me that she was my birthday present from God. We’ve been inseparable ever since. Of course we endured occasional sibling rivalries and conflicts, but she was always my baby sis, whom I loved as much as anyone else in the world. She still is.

I always believed I was her protector. Like a mother lion protecting her cubs, I was the big brother looking out for his little sis.

You can imagine how I felt when I learned of the tragedy. I found out that my little sister had been molested for years by a close family friend. Max had been Lisa’s sixth-grade teacher. He taught me to play racquetball, shopped at my dad’s retail store, and often cheered for my sister at her school drill-team performances. At the time, this single man in his mid-thirties seemed like a nice person looking for friends. Our family readily accepted him, unaware that behind the supportive teacher facade was a very sick man who repeatedly abused numerous girls over many years.

To say that I wanted Max to die and burn in hell doesn’t even begin to convey how much I wanted him to suffer. Although the words rage, hate, and revenge come to mind when I think about Max, the English language simply doesn’t have a word for what I felt.

We all know Christians are supposed to forgive. But many of us Christian Atheists think that there are exceptions to this rule. Sure, we should forgive most of the time — maybe even almost all of the time. But forgive a guy like Max?

Hopefully you’ve never experienced something that hurt you as deeply as Max hurt our family. Unfortunately, chances are good that you have or that someone you know has. Sexual abuse is one of countless different kinds of betrayal. You might have confided in someone who betrayed your trust. Perhaps a close friend gossiped about you or cheated you out of money. Maybe your spouse lived a secret life and crushed you. If you’re like many, one or both of your parents did something that deeply disappointed you. Perhaps right now you’re reeling in pain from being trampled by someone you loved and trusted.

After the raw shock of discovering Max’s abuse of my sister, one feeling festered inside me: bitterness. Truthfully, feeling bitter felt right. What else should I feel? After what he did to so many innocent little girls, he should suffer like they suffered, right? One day Max will get what’s coming to him.

As a Christian Atheist, I felt justified in my bitter hatred, but the Bible clearly illustrates the danger of this natural response. One verse in Hebrews is easy to miss. It’s tucked between one verse about holiness and another about sexual purity. Hebrews 12:15 says,

See to it that no one misses the grace of God and that no bitter root grows up to cause trouble and defile many.

The root of bitterness grows in the soil of hurt that has not been dealt with properly. Unknown to me, a root of bitterness started to grow in my heart. Roots absorb and store, and my heart absorbed and stored hurt, anger, hatred, and thoughts of revenge. Love keeps no record of wrongs, but bitterness keeps detailed accounts. And that’s what I did. Over and over I played the story in my mind. Each time I pictured Max, my hatred grew.

Soon the root of bitterness started to push shoots out into my life. The verse in Hebrews warns that this bitter root can “cause trouble and defile many.” My sister was permanently scarred by this cruel offense. As her brother, I took her offense as my own and allowed her wound to stain, pollute, and contaminate my heart. Bitterness is frighteningly easy to justify. Since I’ve been wronged, I have a right to feel this way.

When the target of our bitterness suffers, we celebrate their misfortunes. After all, they are getting what they deserve.

When we found out that Max had been diagnosed with muscular dystrophy, I naturally concluded God was giving him his due. But when anyone celebrates another person’s being diagnosed with a crippling disease, it’s time for a heart check. The longer I allowed the root of bitterness to live, the harder it was to kill. The root bored deeper, and the poison spread.

Get rid of all bitterness, rage and anger, brawling and slander, along with every form of malice. Be kind and compassionate to one another, forgiving each other, just as in Christ God forgave you.

Forgiving is easier said than done, of course. Only God’s power can bring us to a place of being willing to forgive. How could human willpower even begin to want to forgive someone like Max?

Praying for the Miracle

As I sat in church one Sunday, my pastor preached a convicting message on forgiveness, explaining how we should release those who’ve wronged us. As he read the words from Scripture commanding me to forgive, everything in me screamed, No! I don’t want to forgive Max! I refuse to release him!

My pastor preached on. And God ever-so-slowly chipped away at the rough edges of my heart. As church neared its end, I walked alone to the altar to ask God for His help to forgive. I remember telling God that I knew I should forgive this man I hated, but I didn’t want to. And even if I did want to, I wouldn’t know how to forgive such a wrong.

The next week, in my personal Bible study, I came across a verse that helped to soften my heart a bit more. In Luke 6:28, Jesus teaches us to

bless those who curse you, pray for those who mistreat you.

I’m supposed to pray for those who mistreat me? Sure, I’ll pray for Max. I’ll ask God to give him a case of eternal hemorrhoids. I certainly wasn’t ready to pray for anything good.

Later I stumbled across another one of Jesus’ annoying commands. This one is found in Matthew 5:43-44, where Jesus says,

You have heard that it was said, ‘Love your neighbor and hate your enemy.’ But I tell you: Love your enemies and pray for those who persecute you.

There it was again — love and pray for your enemies!

Knowing I couldn’t ignore this command any longer, I tried to pray for Max. In sheer obedience to God, I simply prayed a grudging but obedient three-second prayer: “God, I pray you work in his life.”

Over the weeks and months, I continued uttering those same words. At first it was as painful as walking barefoot on burning coals. But eventually it became more bearable. Then I actually started to mean what I was praying. God, work in his life.

When we’re told to pray for those who’ve hurt us, I’m convinced our prayers are as much for ourselves as they are for the offender. As God has helped me move beyond my Christian Atheist doubts about prayer, now I see an added value of praying for those who hurt me. My prayers for others may or may not change them. But my prayers always change me.

Praying for Max over time changed me. It made me a different person, so different that I began to contemplate the impossible: asking God to help me forgive Max.

I knew I was supposed to forgive Max for what he did to my sister, but I honestly didn’t have a clue how to do it. God had convicted me and convinced me to begin but Max’s actions still seemed unforgivable.

The answer is simple, but the farthest thing from easy. Colossians 3:13 teaches us to “forgive as the Lord forgave you.” God has forgiven us freely and completely, without any strings attached. And that’s how we’re supposed to forgive others. In what’s now known as the Lord’s Prayer, Jesus taught us to pray,

Forgive us our sins, for we also forgive everyone who sins against us. – Luke 11:4

Nothing in me felt like forgiving, but I still made the choice to try.

By faith, I asked God to help me forgive Max for what he’d done to my sister. By faith, I told God that I released Max from his sin. My prayer didn’t feel sincere, but at least I was trying. Daily I bounced between wanting to forgive and wanting revenge. By nothing short of the power of God, I finally started to believe forgiveness was possible.

I can’t overstate what God had to do in my heart to get me to this point. This predator never apologized. He never attempted to right his wrongs. He never begged for our forgiveness.

My heart was stone hard. And only God could soften it to the point that I could even consider forgiving this molester. Miraculously, that’s what God did. To this day, I don’t know exactly how or when it happened. But it did. By God’s grace, I had forgiven Max for his sin and abuse. With God’s help I’d done the humanly impossible, and I felt as though a spiritual weight had been lifted. The Bible became clearer. God seemed nearer. My heart was purer.

One Christmas, when I was visiting my parents, I decided to write Max a letter expressing my forgiveness. The task wasn’t easy, but that’s often par for the course. In the letter, I explained how much God had forgiven me. I told Max the story of Jesus and His love for us. I explained that I had forgiven him and that God could as well. I included a short prayer he might pray, asking Jesus to heal his heart and forgive his sins.

I didn’t realize that Max’s sickness had advanced. He was losing the battle with muscular dystrophy. In fact, at the time he received the letter, Max was under the care of a hospice nurse, waiting for inevitable death.

Months after Max passed away, his nurse sent us a letter asking if she could talk to us. When we agreed, she told us about the last days of Max’s life, believing we needed to know. The caregiver explained that Max’s eyesight had deteriorated and that he had asked her to read him my note. Although she wasn’t aware of what he had done (and I never told her), it was obvious to her that he had done something grievously wrong. According to the nurse, he listened with tears streaming down his face. He asked her to pray the prayer with him. She recalled that his whole countenance changed as he asked Christ to forgive him and make him new. He died a few days later.

We Christian Atheists can rationalize as many excuses as we need to avoid forgiving. We Christians, however, can find in God the sheer strength to battle through the feelings of anger, hatred, and bitterness, and fight our way back to the cross. That’s where Christ forgave us. And that’s where, by faith, we can find the ability to forgive those who’ve wronged us.

Who have you decided that you cannot possibly forgive? Join us today in praying the baby-step obedient prayer: God, work in his/her life. Come join the conversation on our blog! We’d love to hear from you!