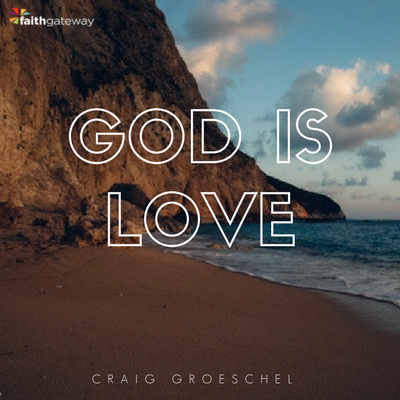 Several years ago, I was having lunch with a man I had just met. For some reason, he opened up to me about his struggling marriage. When I asked him how God fit into his marriage, his countenance darkened, and he cut me off: “I don’t believe in God, and I don’t want to talk about religion.”

Not wanting to push too hard, I respected his stance and continued to talk about his marriage without mentioning anything more about God. He interrupted me again, repeating that he didn’t believe in God and that he didn’t want me to push religion on him.

I stopped in puzzlement, then resumed the conversation, all the more resolved not to mention God. A third time he blurted out, “I don’t want to talk about God. I don’t believe in God.”

Finally it dawned on me: This hurting man really did want to talk about God. Since he wouldn’t drop the subject, I asked carefully, “Tell me about this God you don’t believe in.” He was happy to oblige. He said he didn’t believe in a God who was angry, always waiting to catch people doing wrong, and who delighted in sending people to hell.

This time I interrupted: “That’s really interesting. I don’t believe in that God either.”

He looked confused. “But I thought you were a pastor.”

Seeing a slightly open door, I explained, “I believe in a good God who takes a personal interest in all of us. My God loved the world so much that He was willing to send His Son, Jesus, to die for us. I believe in a God who loves you more than you could ever imagine.”

The man looked at me sadly, obviously carrying a heavy load of spiritual pain. After a moment, he said, “I wish I could believe in that God, like you.”

This honest man’s words give voice to a reality that many of us experience daily in silence. My whole life I’ve heard the phrase “God loves you.” I’ve seen it on bumper stickers, heard it in sermons, and listened to it in songs on Christian radio. It’s one thing to hear this with our ears, and another to understand it with our hearts.

This is the root of a challenge for many Christian Atheists: belief in God doesn’t automatically result in the belief — the genuine heart conviction — that God loves us.

Oddly, our disbelief doesn’t necessarily question whether God can or does love people. We Christian Atheists can easily believe that God loves other people; we just can’t comprehend

how or why He’d love us. We hide our real selves from other people to ensure they won’t reject us. How much more we hide from God! There’s just no way God could love someone as undeserving and evil as I am.

When Amy and I were first married, we purchased a tiny home that was built in 1910. Unfortunately, there were only two shoebox-sized closets in the entire house — enough space to hang a dozen shirts, but no place to hang guests’ coats, hide a plunger, or store a bag of dog food. Thankfully, we could store things in the basement, which worked great until our first big rainstorm.

Our realtor neglected to mention that the basement flooded several times a year, which unfortunately we discovered one day when driving home through a torrential rain. It was raining not only cats and dogs but also billy goats and llamas. After about an hour of downpour, we arrived home to find the basement flooded with three feet of water. What few valuables we owned were, to our dismay, trying their best to make like sponges.

I leaped into the torrent and found myself standing waist deep in water. Amy, peering safely from four steps up, helpfully reminded me that the previous owners had left a sump pump in the basement. I remembered seeing it, so I felt around until I found it. And its power cord. (Can you see where this is going?) Looking around for an outlet, I noticed the end of an extension cord dangling from a rafter directly overhead. Standing waist deep in water, one cord in each hand, I had a spark — so to speak — of inspiration: if I plug this in really, really, really quickly, maybe I won’t get shocked.

I pressed the two metal prongs of the pump cord into the corresponding slits in the extension cord. When they connected, I saw into another dimension. My body became a pathway for billions and billions of teeny tiny electrons, an open channel for the power currents that coursed through the cords. The piercing shock triggered certain neurons in the language center of my brain, where a long-unused word — a very bad word — was stored.

Milliseconds later, the sheer force of the electrical current pushed the foul word toward the front of my face and out of my mouth. I remember looking up to see the horror on my new wife’s face. Her preacher-husband had just shouted the mother of all bad words. She also was certain it would be the last thing he ever said.

Obviously, I lived to see another day. And the pump worked. But that moment shocked me in more ways than one. How could the same heart that speaks of the love and glory of Christ utter such filth? And more important, how could God love someone as bad as I was? You might be thinking, That’s nothing! And you’d be right. I’ve done so many worse things.

But that was in my old life. Now I was a pastor. I was newly married and still trying to prove to myself that I was worthy of Amy’s love. And God’s.

I felt bad about myself and distant from God because of my sinfulness. Job, the man who lost everything, said,

My ears had heard of you but now my eyes have seen you. Therefore I despise myself. — Job 42:5-6

The closer I get to God, the more I realize just how bad I am. Even the apostle Paul — who penned two-thirds of the New Testament — had some seriously negative feelings about himself. He wrote,

I am the least of the apostles and do not even deserve to be called an apostle, because I persecuted the church of God. — 1 Corinthians 15:9

If Paul felt that way, it’s no wonder that I’ve wondered how God could love someone as bad as I am. It isn’t only our sense of guilt that prevents us from believing that God loves us — sometimes it is a simple sense of insignificance.

insignificant as we are. Six billion people inhabit this planet; how could God love us all? That doesn’t seem possible, let alone likely, and surely God has bigger things on His mind.

It turns out that many people in the Bible battled similar feelings of insignificance. When God asked Moses to deliver God’s people out of slavery, Moses responded,

Who am I, that I should go to Pharaoh and bring the Israelites out of Egypt? — Exodus 3:11

King David, who was described as a man after God’s own heart, asked that very same question:

When an angel of the Lord encouraged Gideon to take on the Midianites, he immediately offered his not-so-impressive resume to prove why he wasn’t up for the task. The insecure warrior said,

If these stories tell us anything, it’s that we’re in good company if we’ve ever felt like we’re not good enough or important enough to be loved by God.

I didn’t begin to understand how God could love so many people equally until I had more than one child. In 1994, Catie, our first child, was born. From the moment she smiled, Catie had me wrapped around her little finger, the classic daddy’s girl. When we found out we were having a second daughter, I remember wondering, “How could we love another as much as the first?” It seemed impossible. Then Mandy was born. She is Catie’s opposite in many ways, and yet I found more love in my heart. I love her just as much, but with an individual kind of love. Three years later, Anna was born. Again, I discovered an untapped reservoir of love that I didn’t know I had. The same was true with Sam, then later Stephen, and finally with Joy. God gave us six very different children. I love them all equally, but I love them each as individuals.

That’s how God loves you.

Dare to claim the truth of John 3:16 for yourself:

For God so loved [insert your name] that He gave His one and only Son, that whoever believes in Him shall not perish but have eternal life.

Why would God love you? Because that’s who God is: He’s love. And that makes you who you are: beloved.

Do you wonder how God could possibly love you with all your messes, wicked thoughts, and bad deeds? Today, take some time to think about the fact that God IS love, which means He cannot help but love you no matter what you do or do not do? Come share your thoughts with us on our blog. We want to hear from you! ~ Devotionals Daily