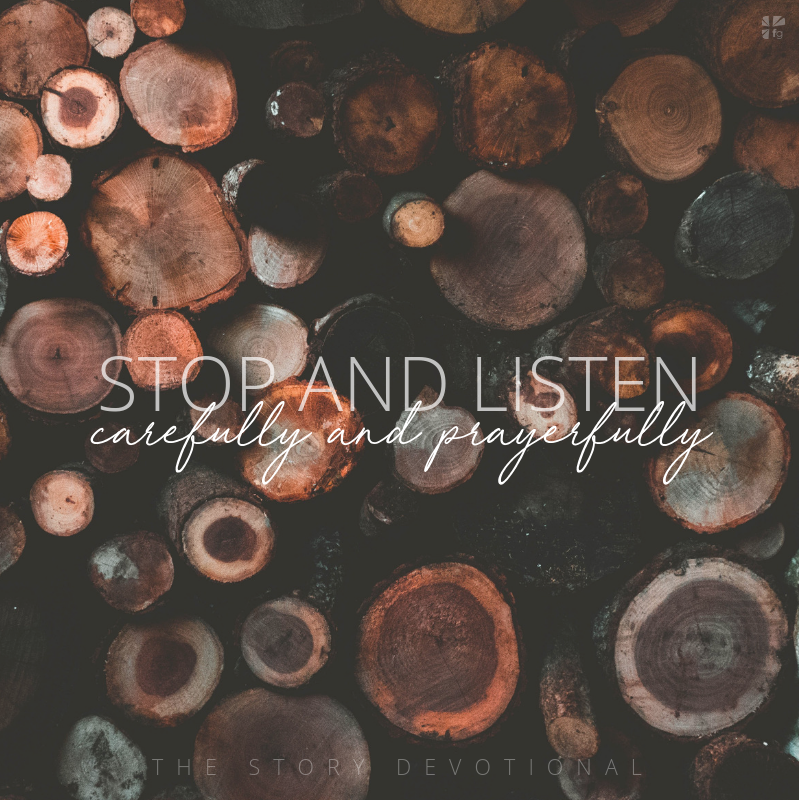 The Best Answer to Prayer

The word of the Lord came to [Abraham]… “A son who is your own flesh and blood will be your heir.” He took him outside and said, “Look up at the sky and count the stars — if indeed you can count them.” Then He said to him, “So shall your offspring be.” Abram believed the Lord, and He credited it to him as righteousness. — Genesis 15:4–6

Abraham had a very specific question for God — the God who had at one point promised to make him a great nation (Genesis 12:2). Abraham and Sarah were still childless, so how exactly was God planning to keep His promise? Abraham raised this issue, respectfully addressing the Promise-Maker as “Sovereign Lord ” (Genesis 15:2).

Samuel went and lay down in his place. The Lord came and stood there, calling as at the other times, “Samuel! Samuel!” Then Samuel said, “Speak, for your servant is listening.” — 1 Samuel 3:10

Think about your most recent ah-hah! moment. What dots did you finally connect? What insight did you suddenly have? It’s a great feeling, isn’t it? Now imagine the feeling that comes when the ah-hah! moment marks the realization that God is alive and present with you.

Three times Samuel had heard his name called, and three times he went to Eli the priest. Who else would have called him? Samuel said each time, “Here I am; you called me.” The first two times Eli’s response was, “I did not call; go back and lie down.” The third time, though, “Eli realized that the l o r d was calling the boy” (1 Samuel 3:4, 1 Samuel 3:8).

God is always alive and present and very active in His children’s lives. We just aren’t always expecting or aware of His calling.

When you think God may be calling to you, stop and listen carefully and prayerfully.

When we believe the Lord’s promises, He credits it to us as righteousness. What an exchange! And, when we listen, prayer becomes not just a one-way street, but the opportunity to hear His voice! Come share your thoughts with us on our blog. We want to hear from you about believing and listening.