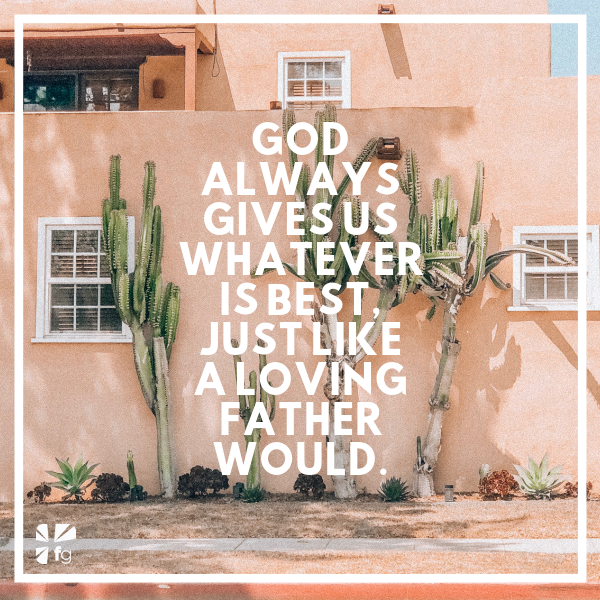 Editor’s note: Beloved is a unique devotional filled with the stories in the Bible about girls and women that will uplift and inspire you.

And Caleb said, ‘I will give my daughter Aksah in marriage to the man who attacks and captures Kiriath Sepher.’ — Joshua 15:16

Sometimes her name is spelled Achsah or Acsah, but don’t be confused. It’s all the same girl. Aksah, daughter of Caleb, the man who followed Moses as the leader of Israel. In fact, it was Caleb who brought Israel into the Promised Land because Moses was forbidden to enter. And here we have Aksah, Caleb’s only daughter, presented as a prize.

We’re modern women, so we probably recoil at the idea of being a spoil of war. And we should. It’s a stark reminder that women have, at various points in history, been seen as the property of their fathers — prizes to give away, if and when their fathers saw fit. It’s important to note that, while this practice is in the Bible, it doesn’t mean God approved of it.

It’s good to think of ourselves as prizes in one sense — valuable and worthy of being won over. But it’s dangerous when we see our worth as dependent on anyone else recognizing that we’re valuable. We risk reducing ourselves to objects. Human beings — men and women — are worth more than that.

God loves and cherishes each of us, and we should never allow others to objectify us as mere prizes.

Othniel son of Kenaz, Caleb’s brother, [captured Kiriath Sepher]; so Caleb gave his daughter Aksah to him in marriage. — Joshua 15:17

Aksah didn’t really have a choice in this matter. If she objected to a marriage with Othniel, we’ll never know. Given the cultural norms of Aksah’s time, that might not have even occurred to her. Arranged marriages were very common. If you had romantic feelings for your spouse, all the better, but that wasn’t necessarily the starting point for most marriages.

While arranged marriage is still common in some parts of the world, it’s very unusual in most western cultures. We have the liberty to choose our spouses based on whatever criteria we want — which is a wonderful freedom but can also be an overwhelming responsibility!

A lifelong marriage commitment is no small decision. Let’s make sure we’re seeking a partner who has the qualities that matter!

She replied, ‘Do me a special favor. Since you have given me land in the Negev, give me also springs of water.’ So Caleb gave her the upper and lower springs. This is the inheritance of the tribe of Judah, according to its clans. — Joshua 15:19-20

Water was vital in the Negev desert. Because Aksah is specifically asking for springs, we might speculate that she didn’t have any water sources on the land Caleb had given to her. Whatever the original water situation on the land, notice what her father does — he gives her both the upper and lower springs.

Isn’t that exactly like our Heavenly Father? In spite of all the good things God has already given to us, when we come to Him with requests of necessity or deep desire, He hears us and responds. And not only does He respond, He responds with something better than what we originally asked for.

Now, that doesn’t mean God gives us whatever we want, whenever we want it. Sometimes His response is a period of silence (ack!). Sometimes His response is a firm no. But God does always give us whatever is best, just like a loving father would. When we understand we have a loving father listening to our prayers, we can rest securely and peacefully in what He gives to us. His choices are always wise.

God loves and treasures you, just like Aksah. Our stories may not look exactly like hers, but we can trust that we can come to our Heavenly Father with whatever we need. He will provide! Come share your thoughts with us on our blog. We want to hear from you! ~ Devotionals Daily