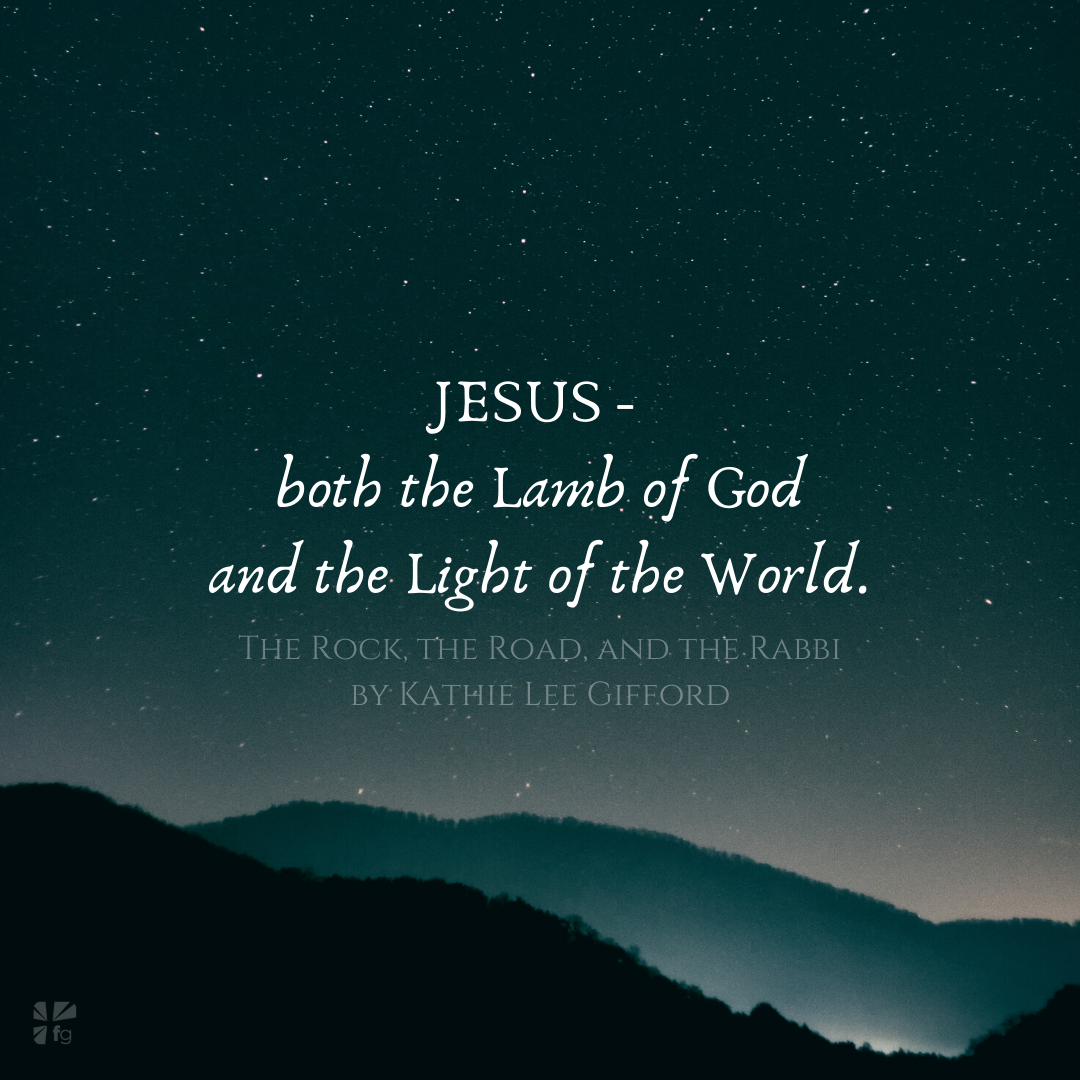 But you, Bethlehem Ephrathah, though you are small among the clans of Judah, out of you will come for me one who will be ruler over Israel, whose origins are from of old, from ancient times. — Micah 5:2

I was deeply disturbed when our tour group visited modern-day Bethlehem. Scripture tells us Bethlehem was the birthplace of Jesus, the Messiah, prophesied in Micah 5:2 sometime between 750 BC and 686 BC (seven hundred years before Jesus’ birth): “But you, Bethlehem Ephrathah, though you are small among the clans of Judah, out of you will come for me one who will be ruler over Israel, whose origins are from of old, from ancient times.”

Today, the city of Bethlehem is controlled by the Palestinian Authority, and it feels — as my daughter, Cassidy, described it — “darkly oppressive.” There are military checkpoints as you enter and exit. It hardly feels joyful or anything like the way the shepherds would have experienced it two millennia ago, as a place of great rejoicing at the Savior’s birth.

More from Rabbi Jason The Significance of Bethlehem

Shortly after the birth of Jesus in Bethlehem, an angel of the Lord appeared to shepherds guarding their sheep at night and announced to them,

Today in the town of David a Savior has been born to you; He is the Messiah, the Lord. — Luke 2:11

And the sign given to them was that they would find

Of all the possible signs that could have been given to these shepherds, why did the Lord choose a baby lying in a manger and wrapped in swaddling clothes? Why was this so significant?

To answer this question, we need to dig deeper and explore the Jewish context in which the New Testament was written. Good students of the Bible are like detectives who ask lots of questions of the text. The first question we need to ask is: Who are these shepherds? Is there anything unique about them?

I believe these were no ordinary shepherds. They were Levitical shepherds, trained and tasked with the responsibility of tending and guarding the flocks used for sacrifices in the temple in Jerusalem.

Next, we must ask, What is so significant about the location in which they found Jesus? When it was time for one of their flock to give birth, the shepherds would bring the sheep into one of the caves surrounding Bethlehem that were used for this purpose. These birthing caves were kept in a state of ritual purity since these lambs were destined to be used as sacrifices in the temple. In fact, many of the male lambs born around Bethlehem would be used for the Passover.1

Since there was no room in the local inn, Mary and Joseph used one of these caves around Bethlehem.

Messiah was not born in a stable behind some Econo Lodge or Motel Six. He was born in one of the many caves used for birthing these sacrificial lambs, because He Himself would be the ultimate sacrificial Lamb.

Not only would the location of Jesus’ birth be significant to these shepherds, but so would the fact that Jesus was swaddled in cloths.

These shepherds were responsible for making sure that the newborn lambs did not contract defects, for only animals without spot or blemish could be used as a sacrifice in the temple. Baby lambs are very clumsy when they are born, so many scholars believe that these shepherds would swaddle their newborn lambs in order to prevent these future sacrificial lambs from becoming blemished by injuring themselves on jagged parts of the cave.

Another key aspect of swaddling in ancient Israel was “salting” a newborn. After Jesus was born, Joseph would have washed and scrubbed Him with salt water. Practically, the salt killed any bacteria found on an infant’s body. But there is a lot of spiritual symbolism in this act as well.

Salt was symbolic of friendship and loyalty in the ancient world; it was a sign of covenant, as in the phrase “a covenant of salt” (2 Chronicles 13:5; Leviticus 2:13; Numbers 18:19). A common expression to denote friendship in Middle Eastern culture is, “there is salt between us.” A salt covenant is used to denote the eternal covenant of friendship and kingship that God made with David and his heirs: “Don’t you know that the Lord, the God of Israel, has given the kingship of Israel to David and his descendants forever by a covenant of salt?” (2 Chronicles 13:5). Jesus was not only born in Bethlehem, which is the city of David, but He was also the promised Son of David, the Messiah and King who came to fulfill the Davidic covenant — God’s promise that one of David’s descendants would live on the throne forever — and to establish the new covenant spoken of in Jeremiah:

Salt was also an indispensable part of every sacrifice offered in the temple, as we read in Leviticus:

Not only was Messiah born in the same location as the temple offering, but He was also washed in salt as part of the swaddling process, which points to His future sacrifice as the Passover Lamb of God who would take away the sins of the world and inaugurate the new covenant (Jeremiah 31:31).

Messiah came to make a covenant with us, and He was so committed to us that He chose to die in order establish it, demonstrating how seriously He takes His friendship with us! This is what John 15:13 alludes to:

Greater love has no one than this: to lay down one’s life for one’s friends.

the Lamb who was slain from the creation of the world. — Revelation 13:8,

so He needed to be salted as our true sacrifice to erase our sin and bring us into a covenant friendship with the Lord. Now, that’s a true friend. Isn’t it amazing? We must make sure we are valuing His friendship and taking full advantage of it.

Not only was the process of swaddling significant to the shepherds, but I believe the actual garments in which the baby Jesus was swaddled were meant to be a sign to them as well. Let’s explore their deeper meaning.

One of the oldest symbols of the Jewish faith is the menorah, a seven-branched candelabrum used in the temple. The Kohanim, the Levitical priests, lit the menorah in the sanctuary every evening and then cleaned it out every morning, replacing the old wicks with new ones.

What were the wicks of the menorah made from? The priests’ tunics. Any priestly garment that became so dirty to the point that its stains could not be washed out was no longer acceptable to be worn during priestly service. These unusable garments were not destroyed; instead, they were cut up, and the fabric was used for another holy purpose. The tunics of the ordinary priests were used to make wicks for the menorah that was to burn continually in the Holy Place in the temple.

This is speculation, but I believe Jesus’ swaddling clothes could have been made from the torn priestly garments that would have been used to make the wicks of the menorah. But where would Joseph and Mary have gotten them? My guess is that Mary got these cloths from her cousin Elizabeth, who was married to the priest Zechariah. As soon as Mary entered the home of Elizabeth, who had miraculously conceived in her later years, the unborn baby in her womb leaped, filled with the Holy Spirit. Elizabeth cried out,

You are blessed among women, and blessed is the fruit of your womb. Who am I, that the mother of my Master should come to me? For even when I just heard the sound of your greeting in my ear, the unborn child leaped with joy in my womb. Blessed is she who trusted that there would be a fulfillment of those things spoken to her by Adonai. — Luke 1:42-45 TLV

So the shepherd priests, who encountered angels, went to a place where the lambs used for the sacrifices were born and swaddled. There, they saw the baby Jesus swaddled like a sacrificial Passover lamb in priestly garments that were used for the lighting of the menorah in the temple, which symbolized the eternal presence and promise of God! Now it should make more sense as to why a baby wrapped in swaddling clothes and lying in a manger would be such a significant sign to these shepherds, for it pointed to Jesus being both the Lamb of God and the Light of the World.

This chapter of The Rock, the Road, and the Rabbi was filled with facts! Things we never knew and nothing anyone taught us. Which learning was your favorite from this chapter? Come share on our blog!