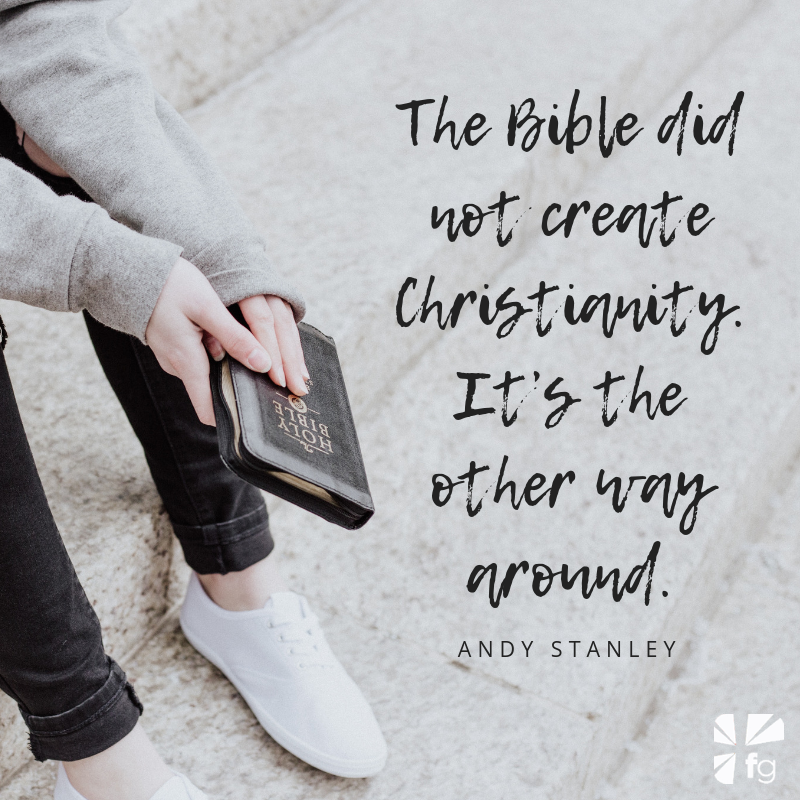 The Bible According to Jesus: Fully Filled

So what did Jesus mean when He said He came to fulfill the law? The Greek term translated fulfill is used by both Matthew in the Sermon on the Mount as well as Luke in his recitation of Jesus’ synagogue message.1 In both instances the term means to bring to a designated end.2 Jesus did not come to abolish — as in destroy — the validity of, or undermine the credibility of, the law. Jesus came to bring it to a designated end.

This was His way of saying God’s conditional, temporary covenant with Israel was coming to an end, the intended-from-the-beginning end. When God established His covenant with Israel, He set a timer. According to Jesus, the time had run out. But the law wasn’t just ending. The law was being fulfilled through Him. Dr. John Piper puts it this way:

Jesus was not just another member in the long line of wise men and prophets. He was the end of the line.3

To be sure, many instructions and rules and religious practices and rituals from the Old Testament are no longer to be practiced. But this is not because these practices and rules were wrong but because they were temporary and were pointing forward to the day when Jesus Christ would fulfill them, and thus end them. The coming of Christ did not abolish them, but it did make them obsolete.4

Perhaps an illustration will help.

I’m as smart as John Piper.

Why do we insist on equating Jesus’ new covenant with the fulfilled-and-now-obsolete old covenant? Doing so makes our apologetic, our approach to sharing and defending our faith, far more complicated than it needs to be.

Most evangelicals feel the need to defend the entire Bible, including God’s temporary covenant with Israel, in order to defend Christianity.

Because of our time-honored tradition of mixing, matching, and equating what God clearly separated.

It doesn’t help that both covenants are bound together for our convenience. The majority of people I’ve talked to who’ve abandoned their faith have lost faith in Jesus because they lost confidence in the Bible. Which part of the Bible? You guessed it — the part that doesn’t apply to or include us — the Old Testament. Once they could no longer defend the historicity or inerrancy of the entire Bible, they found their entire faith to be indefensible as well. That’s tragic.

It’s tragic because, as we’ll discuss later, Christianity predated the Bible by hundreds of years. There were thousands of Christians long before there was a Bible.

The Bible did not create Christianity. It’s the other way around.

According to Jesus, nothing in the law would “disappear” until everything was “accomplished.” Once it was accomplished, however, the law would begin to disappear. Which is exactly what happened.

For the next forty years, religious Israel would wrestle with the internal tension created by The Way. The harder they tried to stamp it out, the faster it grew. Thanks to the tireless efforts of the apostle Paul and others, Jews throughout the Roman world began abandoning strict adherence to the rules of the local synagogue to follow the resurrected teacher from Nazareth.

Then, on August 6 in the year AD 70, the transition came to an abrupt end. It was on that day that the four-year conflict between Jewish rebels and Rome came to a bloody and violent end. The Jewish temple was looted, burned, and razed. The destruction of the temple signaled the end of ancient Judaism. While the words of the covenant were preserved, Israel’s ability to live in accordance with those words vanished in a day.

Judaism, as prescribed by Moses at Mount Sinai, ceased to exist. To use Jesus’ term, it “disappeared.”

God’s covenant with Israel was no longer needed. It had been fulfilled and replaced with a better covenant.

New Testament scholars have long debated the significance of Jesus’ famous last words from the cross: “It is finished.”6 As His disheartened followers would soon discover, Jesus wasn’t finished. But something was. Perhaps, in His final moments, He was announcing to those gathered that the covenant He came to fulfill was at last fulfilled. And through the shedding of His blood, a new covenant, a better covenant, a broader covenant was being established between God and all who would choose to participate.

Do you feel the need to defend the whole Bible? Does the Old Testament seem to turn off and push away your friends when you talk about God with them? The good news is the New Testament is the new covenant! The Old was fulfilled by Jesus in its entirety. It’s a done deal. Finished. Complete. We live by the better covenant. Isn’t that great news? Come share your thoughts with us on our blog. We want to hear from you! ~ Devotionals Daily