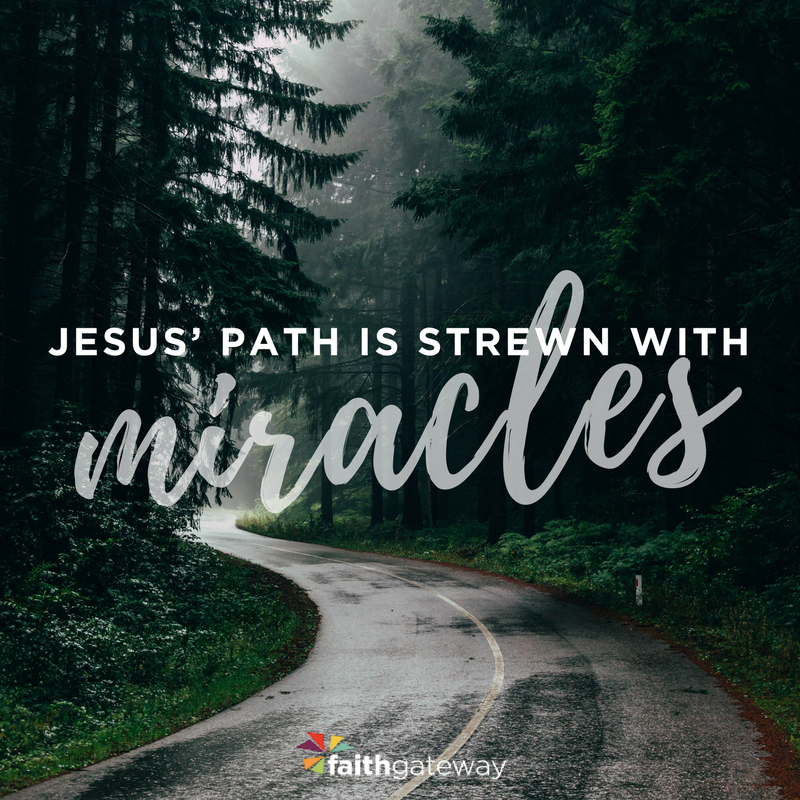 The Bible Is a Story

Stories have been used throughout time as vehicles for truth. Even today, every culture passes down its history and values through storytelling. Everyone loves a good movie —for its storyline. Stories can cut through biased assumptions and ignite our imaginations. Stories don’t prescribe doctrine. They engage the heart. For a story to exist, it must be told. And that’s what the Bible does. It tells.

If we’re to read the Bible as a story, then we need to be careful that we don’t pick and choose what we want, cutting out snippets for our own personal needs. Stories demand our entire attention and require us to read them in full, or we may miss an important detail. It is also important that we accurately understand what the stories teach. We are told in the Bible that we are to

This means we do not have the right to say it means whatever we want it to mean, but we must seek to understand the lesson it is trying to teach. In other words, it’s important that we take an honest approach to the lessons and stories found in the book.

The Bible has a beginning, a middle, and an end. It has characters, plot twists, and themes. Each story in the Bible contributes to the grand story, what we like to call the biblical narrative, and should be read with this big story in mind. If we read the stories in isolation and without context, we lose so much of what the story is telling us.

As with all stories, we find so much packed into the pages. We find beauty, mystery, war, suffering, victory, redemption, betrayal, love, hate, death, and life. Each of these elements holds true whether we believe the Bible or not.

The Bible is filled with people. It tells the stories of families, friends, nations, kings, queens, sons, daughters, fathers, and mothers. The Bible is filled with poetry and song. People the world over look to the longest book in the Bible, Psalms, for encouragement, peace, and healing, or to the book of Proverbs for the nuggets of wisdom it contains. When you stop and consider the amazing reality that the most famous book the world has ever seen is a collection of small stories that tell an even bigger story, you must marvel.

The Bible starts with an incredible line. It says,

Right from the start, we are faced with questions. What are we to think? Is there a God? Are we to believe what is written? Can any of this be true? From its first sentence, the Bible sets forth the existence of God as a self-evident fact. At the end of God’s creation work, the Bible says, He pronounced his work “good.”

Shortly thereafter we read the story of man’s disobedience. We encounter the story of Adam and Eve and learn how the serpent deceived them in the garden and how they broke God’s one rule: don’t eat from the Tree of Knowledge of Good and Evil. That was the only restriction man was given. Without that tree, there was no way for man to disobey and therefore no way to choose to obey or to love. This was the original religious freedom!

The Bible says that we are created in God’s image, and one of the unique aspects of humankind is our ability to choose, to love or not to love, because love requires a choice. The tree was God’s way of giving man choice. Man was told a lie, and because he believed the lie, he chose to disobey. That disobedience created a separation between God and man. The result can be seen in the chaos that followed. Death and destruction, culminating in the flood.

Imagine for a moment that it is springtime and you decide to do some spring cleaning. You send the kids out to play, and after a valiant effort, you are able to perfectly clean your house so that there is not a speck of dust; everything has a place, and everything is in its place. A real dream come true! Now you have a problem: you can’t let your children in the house. As soon as they step foot inside the house, it is no longer perfectly clean. That is the claim of the Bible. Because of our disobedience, our sin, we are no longer able to connect with God as we were created to connect. His perfection demands separation. It is this problem that the story goes on to deal with.

Then we learn about the birth and life of the nation of Israel. This section packs a punch; it’s loaded with stories of war and miracles. The story of Abraham disturbs and dazzles us—God tells Abraham to sacrifice his only son, and just as Abraham lifts his knife to kill his son on the altar of sacrifice, an angel stops him and shows him a ram stuck in a nearby thicket to sacrifice instead. Pretty intense drama!

We read about the extraordinary life of Moses. He is orphaned, then raised as a son to Pharaoh, living the life of royalty. After murder- ing an Egyptian for beating a Jew, Moses flees to the wilderness, where God appears to him in a bush that burns yet is not consumed by the fire. There God calls Moses to lead his people, the Jews, out of Egyptian slavery and into a promised land. This is the stuff movies are made of ! Moses accomplishes this but endures great challenge and peril. He is responsible for the most heralded event in Jewish history—the Exodus from Egypt, which is still commemorated to this day as Passover.

We also read about the young and handsome shepherd boy, David. David is one of the more popular figures in all the Bible. He’s described as “a man after [God’s] own heart” (1 Sam. 13:14).

There are stories of heroines like Ruth and Esther showing great courage, of prophets warning of God’s punishment because of disobedience, and of repentance and rebuilding after years of captivity. Each story teaches lessons itself, and yet each is a piece of a larger picture.

Then we read about a certain carpenter from Nazareth, Jesus, son of Mary. Jesus enters the scene when the nation of Israel waits to hear from God. Jesus arrives and says controversial things. His actions match His words, and He is quickly embraced by hordes of people because He heals them and eats and drinks with those considered to be the lowliest people in town.

How does He heal them? He speaks to them. He tells one young paralyzed man to pick up his mat and walk. And the man does! For a blind man, Jesus spits into dirt and makes mud, then puts the mud on the blind man’s eyes. Sight!

Another man, an invalid for thirty-eight years, has been sitting by a “healing pool” for a long time. But when Jesus sees him, Jesus asks if he wants to be healed. The man replies with a story about how he can never get into the healing pool quickly enough. Jesus replies,

Jesus shows up late to His friend’s house and discovers that he’s been dead for days. Overcome with grief, Jesus weeps.

Then He asks the locals to open up the tomb. The people fear the foul stench of the dead body but open the tomb. Jesus shouts to His friend,

His close friend rises from the dead and walks out of the tomb, grave clothes still wrapped around him.

Jesus’ path is strewn with miracles.

He claims to be the Messiah — just what the Israelites are waiting for! A national leader. But He disappoints many because He does not want to overthrow the oppressive Roman government. Instead He talks about a kingdom that is “not of this world” (John 18:36).

He talks about how He came to bring eternal life to the world by dying and coming back to life in three days. It’s crazy talk for this no-name son of a carpenter. Or is it? He claims to be the fulfillment of all the Law and the Prophets! He claims to be the one to fix the sin problem that has been there from the beginning. Believe it or not — you must read the story!

The name of Jesus stirs people up.

Most scandalous of all, Jesus says,

What do we do with such a claim? How do we fit this claim into our pluralistic society? Jesus, as a character in this Bible’s narrative, demands our attention. His life and resurrection stories are narratives worth exploring. His claims, if true, require more than attention; they require some kind of response: belief or disbelief.

After Jesus’ ascension into Heaven, we read from the likes of Peter and John, two of Jesus’ most beloved friends and disciples. We also read from the pen of Paul, a former persecutor of Christians. Luke, the writer of the book of Acts, records Paul’s dramatic conversion, when Jesus appears to Paul in blinding light. The light blinds Paul for days, as he finds his way to Damascus. A disciple of Jesus heals Paul after Jesus speaks to the disciple through a dream.

Having regained his sight, Paul heads straight for Peter and John and learns the teachings of Jesus. After his dramatic conversion, this former Christian-killer now follows Jesus and ends up writing most of the New Testament.

Here again, historians recognize there was a man named Paul, a follower of Jesus.

The Bible ends with an epic book that describes what life will be like in the end of days. John, who some refer to as “the beloved disciple,” wrote the book of Revelation. In this last book of the Bible, he encounters an angel from God who shows him what will happen in the last days before and after Jesus returns for a second time, to collect his followers and to banish evil once and for all.

Revelation is a book cloaked in controversy and outlandish interpretations. But for those who follow this Jesus, it also possesses advice and encouragement.

Excerpted with permission from This Dangerous Book by Steve and Jackie Green, copyright Steve Green, Jackie Green, and William High.

The Bible is an amazing book full of stories upon stories… The greatest stories ever told! If you haven’t already, pick it up and read it today! Come share your thoughts on the stories of the Bible on our blog. We want to hear from you! ~ Devotionals Daily