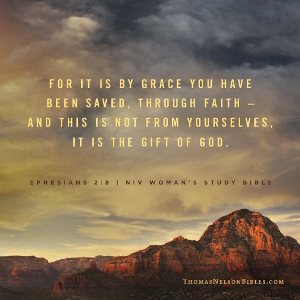 Grace was used in the early portions of the gospels to describe Jesus.

The Word became flesh and made his dwelling among us. We have seen his glory, the glory of the one and only Son, who came from the Father, full of grace and truth. — John 1:14 (NIV).

The word was also used as a descriptor of the two different covenants in John 1.

Out of his fullness we have all received grace in place of grace already given. — John 1:16 (NIV).

As a concept, Grace became prominent, beginning in Acts 4, and was used continuously through the last verse in the book of Revelation.

Many have learned to define Grace by the acronym: God’s Riches At Christ’s Expense.

It is a great way to remember grace, but does it fully define the word? Grace is much like a diamond. A well-cut diamond has many facets, each showing a different aspect of the diamond’s beauty. The light reflects differently, the coloring is different due to the refraction of the light, and each facet gives a different view into the depths of the diamond. No matter how many cuts of the diamond you view, it is still the same diamond.

A study of grace is much the same. The New Testament’s uses of grace gives us a glimpse at the many facets of its meaning. Grace was used as a synonym for the strength we gain from the gospel.

Bible Verses about Grace: For the grace of God has appeared that offers salvation to all people. It teaches us to say “No” to ungodliness and worldly passions, and to live self-controlled, upright and godly lives in this present age, while we wait for the blessed hope—the appearing of the glory of our great God and Savior, Jesus Christ, who gave himself for us to redeem us from all wickedness and to purify for himself a people that are his very own, eager to do what is good. — Titus 2:11-14 (NIV).

Do you know God’s grace? Then you can love boldly, live robustly. You can swing from trapeze to trapeze; his safety net will break your fall. Nothing fosters courage like a clear grasp of grace. — Max Lucado, Fearless

Bibles Verses about Grace in Relation to Salvation

Grace was used to describe as taking a vital part in salvation.

Bible Verses about Grace: In him we have redemption through his blood, the forgiveness of sins, in accordance with the riches of God’s grace. — Ephesians 1:7 (NIV).

Here is another example: “For all have sinned and fall short of the glory of God, and all are justified freely by his grace through the redemption that came by Christ Jesus” — Romans 3:23-24 (NIV).

Bible Verses about Grace: I can’t dismiss God’s grace, and I won’t. If being right with God depends on how we measure up to the law, then the Anointed’s sacrifice on the cross was the most tragic waste in all of history! — Galatians 2:21 (The Voice).

Grace was used to describe the strength, which is given to God’s people.

Bible Verses about Grace: But he said to me, “My grace is sufficient for you, for my power is made perfect in weakness.” Therefore I will boast all the more gladly about my weaknesses, so that Christ’s power may rest on me. — 2 Corinthians 12:9 (NIV).

You know what happens when someone sees the grace of God? When someone really tastes the forgiving and liberating grace of God? Some one who tastes God’s grace is the hardest worker, the most morally pure individual, and the person most willing to forgive. — Max Lucado, Grace for the Moment Volume II

Grace is tied to the abundance of gifts given by God.

Bible Verses about Grace: And God is able to make all grace abound toward you; that ye, always having all sufficiency in all things, may abound to every good work. — 2 Corinthians 9:8 (KJV).

It is Grace that makes all things happen so that we can abound in good works. The word Grace was also used to described the authority of God and his work in us.

Bible Verses about Grace: All the believers were one in heart and mind. No one claimed that any of their possessions was their own, but they shared everything they had. With great power the apostles continued to testify to the resurrection of the Lord Jesus. And God’s grace was so powerfully at work in them all that there were no needy persons among them. For from time to time those who owned land or houses sold them, brought the money from the sales and put it at the apostles’ feet, and it was distributed to anyone who had need. — Acts 4:32-35 (NIV).

The writer to the Romans stated this concept very succinctly.

Bible Verses about Grace: For sin shall no longer be your master, because you are not under the law, but under grace. — Romans 6:14 (NIV).

So, Grace is a word used for the gospel. It is a description of our salvation and Grace is the author of our salvation. Grace is the effect that salvation has on people, the gifts given to God’s people, and the authority of God’s work in us. Each facet appears different, but they are all pictures of the same diamond called grace. Viewing the different aspects helps us to see just how awesome God’s grace really is.

Throughout all of the Bible’s verses on grace that have been explored, there is one text which sums up everything having to do with grace.

Bible Verses about Grace:  For it is by grace you have been saved, through faith—and this is not from yourselves, it is the gift of God. — Ephesians 2:8 (NIV).

For all its stated uses, we must never forget that we are given salvation because of this wonderful word.

“Grace means the free, unmerited, unexpected love of God, and all the benefits, delights, and comforts, which flow from it. It means that while we were sinners and enemies we have been treated as sons and heirs.”  — R .P. C. Hanson, as featured in: God’s Daily Answer for Men: Devotions to Renew Your Soul

“There is nothing but God’s grace. We walk upon it; we breathe it; we live and die by it; it makes the nails and axles of the universe.” — Robert Louis Stevenson, as featured in: God’s Daily Answer for Mothers: Devotions to Renew Your Soul

“For grace is given not because we have done good works, but in order that we may be able to do them.” — Augustine, as featured in: Grace: More than We Deserve, Greater than We Imagine

“Grace is mentioned 170 times in the King James Version of the Bible, beginning with ‘Noah found grace in the eyes of the Lord’ (Genesis 6:8 KJV). Jesus never used the word grace. God left that for Paul and the apostles, but if you want to describe grace in one word, it is Jesus. Grace (Jesus) is the answer for our guilt and failure. Grace (Jesus) is the strength we need to cope with life. Grace (Jesus) is the promise that gives us the hope that keeps us going.” — Barbara Johnson, Daily Splashes of Joy 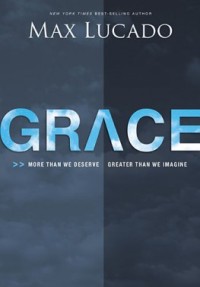 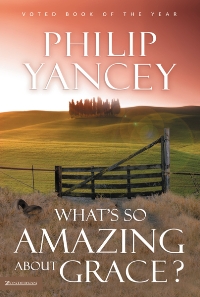