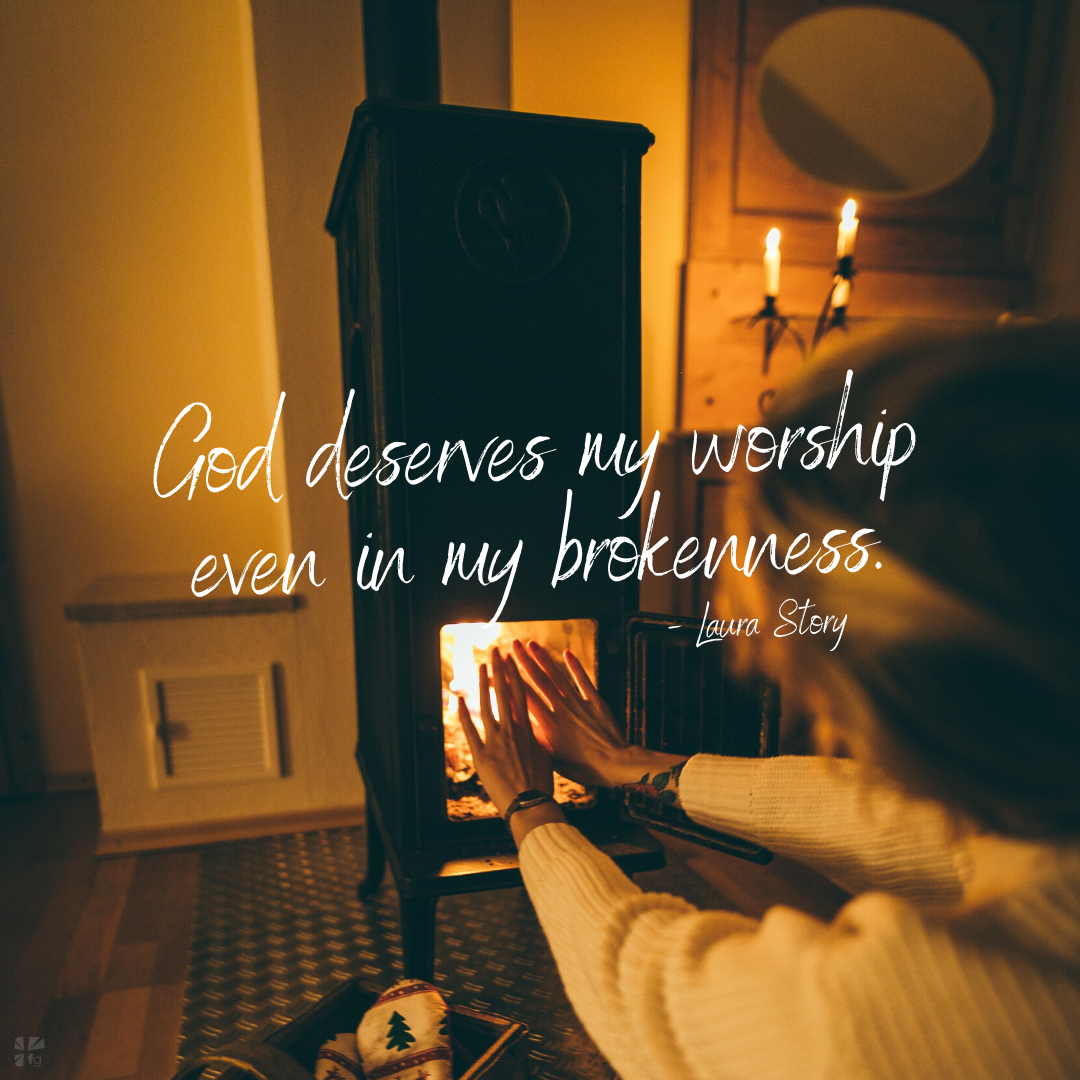 “We can start trying to have kids!” Martin said later that night. “I know, it’s crazy, isn’t it? Just think, nine months from now our
life could look very different!” I said.

I hadn’t gotten pregnant and now the disappointment we felt was worse. And it wasn’t just that I couldn’t get pregnant; it was that we also knew this was our only option. We would never qualify for an adoption through an agency. If we were going to have kids, they would have to be biological, and my body didn’t seem to be cooperating.

I won’t pretend I understood what was happening. No theological explanation made sense or made me feel better. We had prayed about having children, but my womb was still empty. Another Christmas would go by without the sound of a child’s feet pitter-pattering across the floor, and though it might sound stupid, that was the thing I was holding on to.

One thing that helped distract me was a call from one of my dearest friends, Marcus Myers. We knew each other well because we’d spent so much time touring together in a band called Silers Bald while I was in college. Marcus and his wife, Katie, had moved to Atlanta and they were temporarily living in an apartment. They wanted us to help them find a safe and cheap place where their daughters — Sadie, age three, and Reece, two — could play outside.

Martin and I met them for lunch one day and got to know their two beautiful girls. After lunch we invited them over to our home. Martin took Marcus downstairs to show him the extra space we had in the basement while Katie and I got something for the girls to drink. When the men came upstairs, Martin said, “Marcus and Katie are going to move in with us!”

I glanced at Katie, and she looked as stunned as I felt.

“What happened while you were downstairs?” I asked.

“I showed them all of the extra room we have, and we’re not doing anything with it, so I asked Marcus if he’d like to move in,” Martin said.

“Let’s take a little while to pray about this,” said Katie.

“Yeah,” I nodded in agreement.

When the girls finished their drinks, we stood in the driveway and said good-bye. As they drove off, I could see Sadie and Reece waving at us from their car seats.

We hadn’t been back inside the house five minutes when Katie called and said, “We’d love to move in!”

They were able to get out of their apartment lease and, practically overnight, we went from two in the house to six!

Katie worked as a night nurse in the Neonatal Intensive Care Unit (NICU) of a local hospital. On the nights she worked, Martin and I got to have a taste of what parenting was like. We’d help Marcus feed the girls, get their baths, brush their hair, and read bedtime stories. While they weren’t our children, it was still a sweet blessing.

I tried to keep busy burying myself in work, especially on the new album. We were almost finished, but we needed one more song. The problem was, we’d spent all of the money in the album budget so whatever we came up with had to have a simple approach.
“Well, I have this one song I haven’t really done much with,” I said to my producer. “I just wrote it a few months ago.”

Somewhere along the way, the label decided that “Blessings” should be the radio single. In February 2011, we released “Blessings” as the single, and the album followed in May, debuting at No. 2 on the Billboard Christian Albums chart. A few weeks later, in June, “Blessings” reached No. 1 on the Billboard Christian Songs chart and stayed there for four weeks. We were all dumbfounded how a song about worshipping God during hard times was such a big hit. It was humbling to think that the most commercially successful song I’d ever written was also my most intimate and personal song.

While sales numbers were nice because they paid for our groceries, the greatest blessing to me was that every time I sang the song in concert, it reminded me that God deserved my worship, even in my brokenness. [tweet this]

With the success of the new album, I was busier than ever with tours and concerts. Martin began to stay home more and not travel with me as much. It was easier for him since Marcus and Katie were at the house, so he wasn’t alone or lonely.

In December, Katie helped me get the Christmas decorations out of storage. As Katie hung up Sadie’s and Reece’s stockings, the girls started talking about Santa coming. Their faces lit up as they proudly hung ornaments they’d made on the tree.

Touring kept me busy almost up until Christmas Day. I was more exhausted than usual from the concerts on the road as well as all of the December musical events at church. On Christmas morning, I didn’t set an alarm. However, around seven that morning, I heard the Myers family up and about. Apparently the girls had awakened and couldn’t wait to see what Santa had brought.

When I heard the sound of Sadie’s bare feet on the hardwood floors downstairs, I got up and threw on my robe. Katie and Reece reached the family room at the same time I did. Marcus was already there plugging in the tree lights, and Martin was sitting on the couch and drinking coffee. I could hear Sadie squealing with delight as she found her stocking and presents with her name on them.

“Look, this one’s for you, Reece!” she said, bringing her baby sister a package with a big red bow.

I sat down on the couch and Sadie came running over. “Look what Santa brought me!” she said, holding out something pink and sparkly.

“Sorry if the kids woke you,” Marcus said. “I know you probably wanted to sleep later.”

“Nope. I’m glad I was awake for this. I wouldn’t have missed it for anything!”

And it was true. Sitting next to Martin on the couch, watching the girls bounce from adult to adult showing off their new gifts, gave me a deep sense of satisfaction — as if everything was right in the world. They weren’t my girls, in the way I’d wanted to have kids of my own, but there was no denying the genuine love I felt for them and the heal- ing they’d brought to our sorrow. I thought back to those moments of depression when I didn’t think I could possibly make it through another Christmas without a child, but I had. And I could even say I was happy.

That night, lying in bed next to Martin, I reminisced about waking up to the sounds of Sadie. God had answered my prayers. I’d heard the patter of their feet, and I’d seen the tree lights reflected in their eyes. When I told God that I couldn’t make it through another Christmas without a child, He’d sent two beautiful and precious girls to be with us. Somehow, having them with us made things better than I ever could have expected.

God was still faithful, and He still heard and answered my prayers.

Thank you, Jesus, for giving me this gift on Your birthday.

For so long, I thought God needed my help to make His will happen. But I was tired of playing God. For the past three years, I’d tried to control everything. I’d prayed and asked others to pray. We’d pursued adoption agencies and a private adoption, and all of them fell through. And for more than a year, I’d been trying to get pregnant and failed at that too. Though it had still been a magical Christmas, I was emotionally exhausted from trying to figure out God’s plan and from trying to help Him make it happen.

While lying in bed that night, thinking about Mary, the mother of Jesus, I realized that all of this wasn’t up to me. God was the only person who could create life, and He could do it in miraculous ways. I didn’t have to do anything. God was ultimately the one in control of the timing and the answer to my prayers and my pregnancy if that was His will. He was in charge, not me.

My role was to trust Him.

Excerpted with permission from When God Doesn’t Fix It by Laura Story, copyright Thomas Nelson.