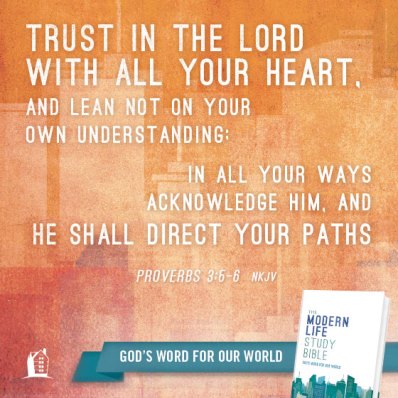 The Bible calls us to obey earthly authorities (Romans 13:1-7). But it also holds up examples of godly people who resisted human orders that violated God’s commands (Acts 4:13-22). There is no simple formula to relieve this tension; the inherent conflict requires us to rely on God rather than on a list of dos and don’ts.

But if we never feel tension between the authority of God and the mandates of human beings, we should wonder where our commitments lie. Apparently hardly anyone in Babylon felt any anxiety about bowing down to Nebuchadnezzar’s ninety-foot-tall golden image (Daniel 3:8-12), or if they did, they feared the fiery furnace (Daniel 3:6) more than anything else.

Therefore at that time certain Chaldeans came forward and accused the Jews. They spoke and said to King Nebuchadnezzar, “O king, live forever! You, O king, have made a decree that everyone who hears the sound of the horn, flute, harp, lyre, and psaltery, in symphony with all kinds of music, shall fall down and worship the gold image; and whoever does not fall down and worship shall be cast into the midst of a burning fiery furnace. There are certain Jews whom you have set over the affairs of the province of Babylon: Shadrach, Meshach, and Abed-Nego; these men, O king, have not paid due regard to you. They do not serve your gods or worship the gold image which you have set up.” – Daniel 3:8-12 (NKJV)

But Shadrack, Meshach, and Abed-Nego would not submit. They refused to violate the first and second commandments’ prohibitions against idolatry (Exodus 20:3-5). The refusal of these provincial governors to bow so outraged the king that he immediately threw the men into a superheated furnace (3:19-23). The brazen act of disloyalty to the king was a courageous act of loyalty to the Lord.

A similar incident occurred years later, during the reign of Darius. Informers exposed Daniel for violating a decree against praying to any god or ruler except the king (Daniel 6:6-13). The outcome was similar. Daniel was thrown to the lions (Daniel 6:16).

On both occasions, God delivered His faithful followers from death—though not from the threat of death. Their courageous stand influenced others to fear God and also resulted in suppressing their enemies (Daniel 3:26-29, Daniel 6:21-27).

Then Nebuchadnezzar went near the mouth of the burning fiery furnace and spoke, saying, “Shadrach, Meshach, and Abed-Nego, servants of the Most High God, come out, and come here.” Then Shadrach, Meshach, and Abed-Nego came from the midst of the fire. And the satraps, administrators, governors, and the king’s counselors gathered together, and they saw these men on whose bodies the fire had no power; the hair of their head was not singed nor were their garments affected, and the smell of fire was not on them.

Nebuchadnezzar spoke, saying, “Blessed be the God of Shadrach, Meshach, and Abed-Nego, who sent His Angel and delivered His servants who trusted in Him, and they have frustrated the king’s word, and yielded their bodies, that they should not serve nor worship any god except their own God! Therefore I make a decree that any people, nation, or language which speaks anything amiss against the God of Shadrach, Meshach, and Abed-Nego shall be cut in pieces, and their houses shall be made an ash heap; because there is no other God who can deliver like this.” – Daniel 6:26-29 (NKJV)

Then Daniel said to the king, “O king, live forever! My God sent His angel and shut the lions’ mouths, so that they have not hurt me, because I was found innocent before Him; and also, O king, I have done no wrong before you.” Now the king was exceedingly glad for him, and commanded that they should take Daniel up out of the den. So Daniel was taken up out of the den, and no injury whatever was found on him, because he believed in his God. And the king gave the command, and they brought those men who had accused Daniel, and they cast them into the den of lions—them, their children, and their wives; and the lions overpowered them, and broke all their bones in pieces before they ever came to the bottom of the den.

To all peoples, nations, and languages that dwell in all the earth:

Peace be multiplied to you.
I make a decree that in every dominion of my kingdom men must tremble and fear before the God of Daniel.
For He is the living God,  And steadfast forever;  His kingdom is the one which shall not be destroyed,  And His dominion shall endure to the end.
He delivers and rescues,  And He works signs and wonders, In heaven and on earth,  Who has delivered Daniel from the power of the lions. – Daniel 6:21-27 (NKJV)

Is this how Christians today should respond to laws they disagree with?

Again, there are no simple answers. But the following questions may help to discover God’s will:

1. Is this truly a matter of biblical principle—or preference, taste or style?

2. Why do I take issue with what I am being asked to do? Is it an issue of conscience and morality or something else, such as a personality conflict or simple discomfort?

3. Have I made an effort to understand what is required of me? Have I checked my perceptions by telling those in authority what I think I heard?

4. Do I understand how this conflicts with godly values? Have I studied God’s word, prayed for insight and thought things through?

5. Is this an either/or situation, or are there alternatives that might satisfy everyone involved? Like Daniel, can I come up with a creative alternative to my superior’s command (1:8-16)?

This bible study is excerpted with permission from The Modern Life Study Bible. Using historical context and fresh insights backed by biblical scholars, The Modern Life Study Bible explores the timeless truths that connect the people and stories of the Bible to the opportunities and demands we face today. God is at work in our world, inviting us to experience His presence. Learn more… 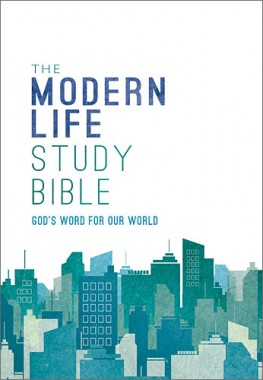