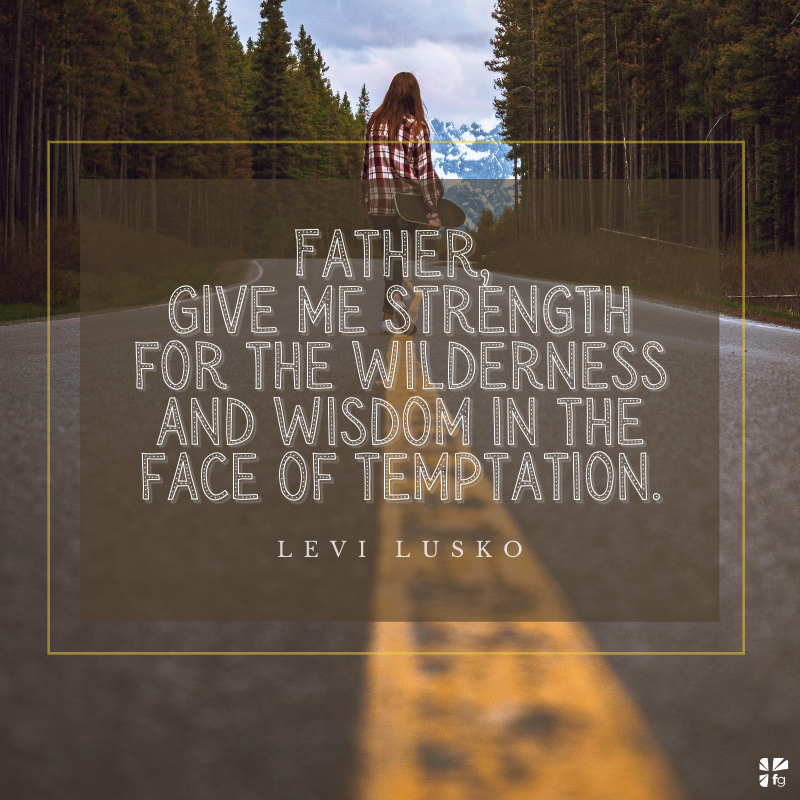 So that we would not be outwitted by Satan; for we are not ignorant of his designs. — 2 Corinthians 2:11 ESV

Now that we have established the fact that you are special and destined for impact, that you are living in the present but made for eternity, it’s time to recognize that, in addition, you’ve got a calling. But know this: God’s not the only one who knows you’re special and specially called. Your enemy knows it too, and he is desperate to keep you from realizing it and reaching your potential.

Our new lenses enable us to see eternity and what’s happening in the invisible around us. But they wouldn’t be doing their job if they didn’t also show us what’s happening on the other side, where darkness rules.

Paul said that we should not be ignorant of Satan’s devices (2 Corinthians 2:11). That means we open our eyes to his ways and his weapons. We get wise to the invisible war being waged all around us, and we learn to spot attacks.

God’s Word tells us what our enemy is like. Jesus said that he is the father of lies and that there isn’t a shred of truth in him (John 8:44). In other words, the way you can tell that the devil is lying is if his lips are moving. Nothing he says can be trusted. Scripture also tells us that he “walks about like a roaring lion, seeking whom he may devour” (1 Peter 5:8). He’s super dangerous too. He won’t even show up except to steal, to kill, and to destroy (John 10:10). And get this: he really hates you. A lot. He’s out to get you.

What’s his problem?
He’s going to hell.
God promised way back in the garden of Eden that the devil is going down.

He will be swiftly crushed under our feet (Romans 16:20). There’s nothing he can do about it, and he knows it. He doesn’t want to go down empty-handed, though, for misery loves company. Since he can’t stop God from throwing him into hell, he will try to hurt God by taking as many of the people God loves with him when he goes.

It’s similar to what happens at pool parties when people get thrown into the water. They hold on to things for as long as they can to try to keep from being thrown in, but then their strategy changes when they realize it’s inevitable. If I’m going in, I’m bringing you all with me is the prevailing thinking. That, coupled with a narcissistic god complex, just about sums up Satan’s MO.

We are just pawns to the devil. He knows that we matter to God, though, and since he can’t hurt God directly, he inflicts pain on Him indirectly by hurting us.

If you have put your faith in Jesus, Satan can’t pluck you out of God’s hand.

While we are no match for Satan, he is no match for God. Greater is He who is in us than he who is in the world (1 John 4:4). Satan might be like a lion — I think he’s more of a hyena — but Jesus is the Lion of the tribe of Judah, the true King of the jungle.

Satan would love for you to think he is all-powerful. He’s not.

He has to ask God for permission to mess with us. God has also established limits to temptation so that there is always a way to escape.

You can see this illustrated in the wilderness temptation of Jesus, when Satan stood behind Jesus and told Him to jump off the temple (Matthew 4:5-6). Why would the devil tell Jesus to jump? Because he couldn’t push him! I guarantee that if he could have, he would have. He could only whisper in Jesus’ ear, not make Him do it.

So it is when Satan comes your way with his bag of tricks. He doesn’t want you to know this, but he can’t make you do anything. You always have a choice. In that way, you are more dangerous to yourself than the devil is. He has to check with God before he can wreak havoc in your life, but you can do great damage to your calling without getting approval from anyone.

Our biggest mistake in this war is that we often underestimate our enemy’s creativity. We think he is only capable of surprise attacks, like a breaching great white shark. By default, when I think about Satan attacking, in my head I hear the Jaws theme song. An antagonistic coworker goes out of his way to make you look bad and lies about you for nothing other than your faith. A friend at school mocks you when she finds out you are a virgin and pressures you to get some action. Someone breaks into your house and robs you while you are on a mission trip. Outright attack is certainly an effective strategy that the devil does employ, but it is not his only trick.

Sticks and stones aren’t the only weapons in his arsenal. He often resorts to something much more dangerous, something I call panem et circenses. Wikipedia that if you want, but I’ll save you the time. It’s Latin for “bread and circuses,” and it’s part of a quote from a Roman writer named Juvenal, from around AD 100: “For the People who once upon a time handed out military command, high civil office, legions — everything, now restrains itself and anxiously hopes for just two things: bread and circuses.”

This ancient dude was describing the way the people of the Roman Empire had been tricked into giving up their freedom as citizens. They allowed the emperors to take away their power to vote, elect their own officials, and govern themselves. These priceless things had been purchased on the cheap. All it had taken was grain and games. Food and entertainment. Bread and circuses.

During the imperial age, under Julius Caesar, Augustus, Tiberius, Caligula, Claudius, Nero, and their successors, as many as 135 days out of the year were dedicated to games: gladiator matches, chariot races, juggling competitions, and elaborate entertainments. These emperors found that as long as people weren’t hungry or bored, their freedom could be stolen. In the process, the emperors could turn themselves from kings into gods. The free food and endless entertainment acted as an anesthetic. They kept people amused while their liberty was taken. It was poison laced with sugar, and it was incredibly effective. The people shortsightedly gave up things that mattered for things that were over in a short period of time.

The devil is all over bread and circuses. It’s his favorite. He wants you to give up what Christ died for you to have, and he knows that if he can distract you, he can destroy you.

This destruction by distraction is difficult to detect when it’s happening, because it doesn’t involve bad things but good things that take the place of the most important things.

You do not have to fall for Satan’s tricks. Open your eyes! Use your lenses! Life is more than who’s fighting whom in UFC, what so-and-so tweeted, which celebrities just broke up, and what the latest and greatest food truck is serving up. You were meant to live on a higher level.

When your life is focused on the superficial, you can be kept from your calling and deprived of your destiny.

The enemy’s end game is to play the fiddle while the life you were meant to live goes up in smoke.

Don’t mistake what I’m saying. There’s nothing wrong with food or fun. Football, wine, cycling, travel, Twitter, and fashion. These are all good things God wants us to enjoy while we are on earth. I’m convinced that He takes pleasure as we enjoy our lives. He smiles as we eat and laugh, run and play. But these things, in and of themselves, aren’t enough. We were never supposed to live our lives purely on the physical playing field. We were meant for so much more.

Father, give me strength for the wilderness and wisdom in the face of temptation. Keep me from distraction so I can keep my eyes on what truly matters — the best thing. Amen.

Excerpted with permission from Take Back Your Life by Levi Lusko, copyright Levi Lusko.

Friends, let’s not be distracted by bread and circuses! Let’s keep focused on eternity and the path Jesus has set us on. Let’s keep our eyes on the prize! Come share your thoughts with us on our blog. We want to hear from you! ~ Devotionals Daily