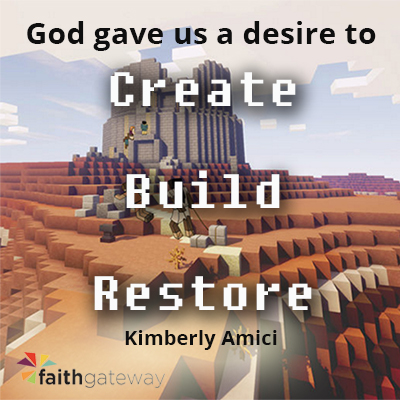 Me: “Aaron”
No asnwer

I called his name a few times but he didn’t respond.

I stomped into the living room hoping to make my presence known. All I saw were the tops of three little heads. My kids were engrossed in a game together, their eyes fixated on their individual tablets.  They were not playing a board game or a card game; they were in a virtual world, foraging for supplies, bartering goods, and building intricate homes and gardens.

When my kids first downloaded the app I didn’t see the appeal. The graphics were rough and the landscape was barren. How could this possibly be fun? But, over time, I witnessed the imaginations of my kids flourish. They sketched their ideas on paper and then, on screen, created compounds that rival those of the rich and famous. Brick by brick, what they envisioned in their minds became virtual reality.

As a designer, it was easy for me to appreciate the creativity this simple app unleashed. The idea of building something out of nothing and repairing what is broken brings me to life.

The desire to create, build, and restore is not unique to our family. Throughout the Bible, and even today, God invites His people to co-labor with Him in restoration, both physical and spiritual.

The story of Nehemiah is just one example.

The Jewish people spent many years in captivity in Babylonia. After being allowed to return to their homeland, the people of Judah struggled to flourish. They were vulnerable and suffered an attack from enemies that destroyed their walls. Nehemiah, a Jew serving as a cupbearer in the Persian court of King Artaxerxes I, heard about the devastation back home and was heartbroken; he fasted and prayed. God ignited in him a passion to return to the land of his ancestors and bring order to the chaos.

Nehemiah’s position gave him special access to the king. He was able to ask the king’s permission to return to Jerusalem, to rebuild the city and its fortifications. Not only that, he requested letters from the king to ensure safe passage and to obtain supplies from the king’s forest for the gates and walls of Jerusalem.

Once he arrived in Jerusalem He enlisted the help of the people to repair the breaches in the wall. He also set up guards to defend them against enemy armies and those who opposed their efforts. Brick by brick, they repaired and rebuilt Jerusalem’s walls and gates in just 52 days!

My kids may not be rebuilding physical walls but, like Nehemiah, they are learning to plan, persevere, and collaborate as they create their virtual worlds.

There are many ways to nurture your child’s creativity. For us, it includes them playing games that tap into the God-given desire to create, to build, and restore.

If they are, the Minecrafters Bible is bound to pique their interest. This Bible features full-color illustrations in the style of your kids’ favorite virtual-world-building games. How fun is that? And it engages them with scripture through the easy to read text of the NIrV translation of the Bible. It’s wonderful resources like these that connect children with their interests and with the Word of God. 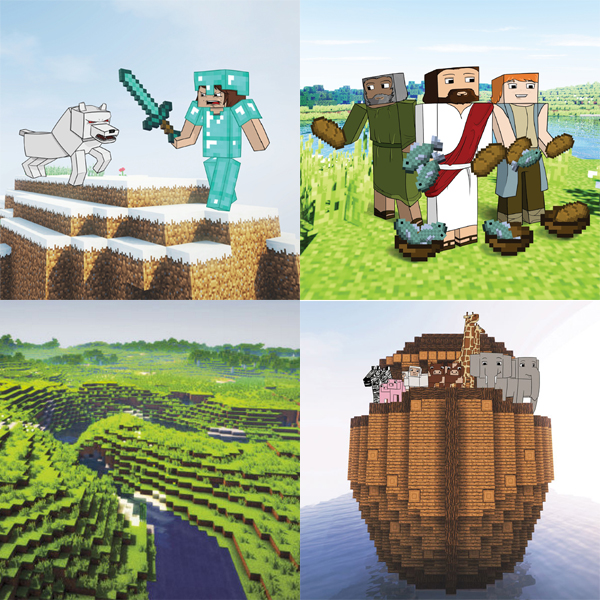 Are there any favorite apps or games your children love? What other ways do they like to express their creativity? Do you have any other ideas about how children can tap into that God-given desire to build and restore His world? We’d love to hear from you in the comments about more ways you encourage your child’s creativity!