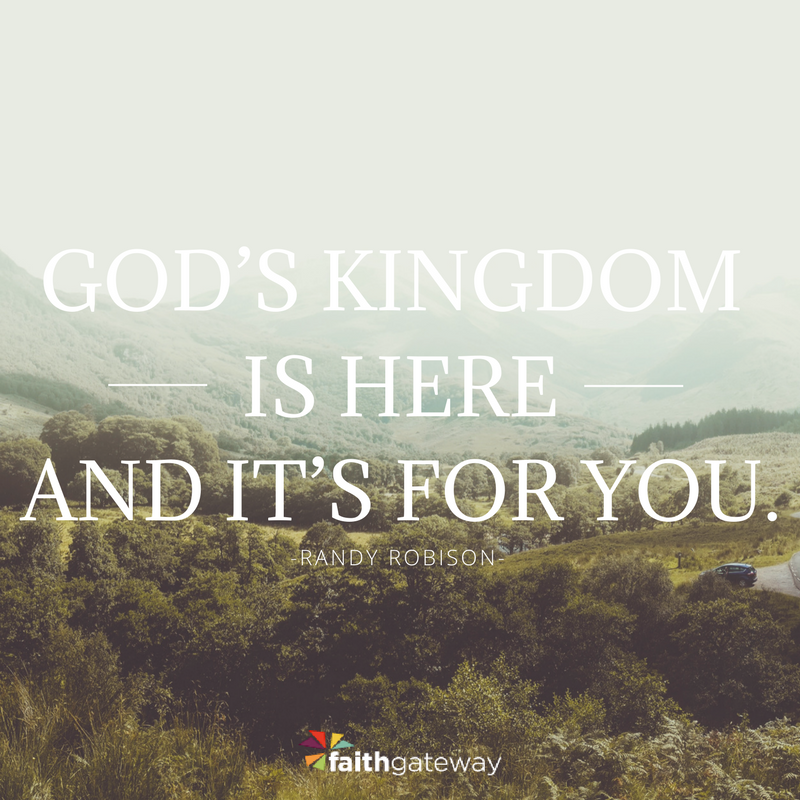 You Bring God’s Kingdom To Earth

What exactly is a kingdom?

The classic definition is “the territory subject to the rule of a king.” But there is another definition equally as operative in the Greek for the word basileia, which is used in the biblical phrase “the kingdom of Heaven.” It is a “royal power, kingship, and dominion not to be confused with an actual kingdom but rather the right or authority to rule over a kingdom.” In other words, a kingdom isn’t necessarily a tract of land or a collection of cities. It is a sphere of influence under the authority of a sole ruler.

When Jesus was brought before Pilate, just before His crucifixion, Pilate asked Him if He was indeed the King of the Jews. Jesus told him,

Christ’s kingdom is one of influence and authority, not borders and cities.

Another telling characteristic comes from Paul’s assertion that

the kingdom of God does not consist in words but in power. — 1 Corinthians 4:20

The proof of His kingdom doesn’t come on Sunday morning when the congregation is watching. It comes during the week when you’re alone. It’s not about how loudly it’s declared, but how soundly it’s lived. It’s easy to make a show of it through forceful words, but the real measure comes in the quiet times. When transgression takes hold, discord sets in, discontent reigns, patience evaporates, and every other fruit of the Spirit withers, the kingdom of heaven is not present.  Even so, it is still near. It’s just a matter of changing our mind and renewing our spirit.

The way we live indicates whether we are abiding in His kingdom. Paul encouraged believers to

walk in a manner worthy of the God who calls you into His own kingdom and glory. — 1 Thessalonians 2:12

He goes on to say that we do this by receiving His word. This evidence that we have received it comes when it “performs its work” in us. Its work is changing our minds. When our minds change, aligning with His truth, it changes everything – the way we think, speak, and act. This enables us to spread His kingdom by expanding His influence.

This is not a call to abandon the temporary because of the eternal. In fact, just the opposite. Those with an eternal view are far more suited to steward the temporary. We just understand that there is more than what we can touch, see, and hear. We build our lives on more than the earth on which we live; we build it on an unshakeable foundation.

God’s kingdom is here and it’s for you.

You need not die to enter into His kingdom. It’s as simple and profound as, “Your kingdom come.” It comes when “Your will be done, on earth as it is in heaven” (Matthew 6:10). It brings peace, joy, and righteousness. His kingdom in your life impacts those around you. It can be beautifully shocking to people, like a blind man who suddenly sees. The promise of power in the Holy Spirit means you can touch others with the supremacy of His kingdom, showing them the entrance.

You are the welcoming party for those ready to enter the kingdom of God.

Original devotion by Randy Robison, author of The Age of Promise.

“The way we live indicates whether we are abiding in His kingdom”, so today we can choose again to live and walk with Jesus. We’re His emissaries! Come and share your thoughts with us on our blog. We want to hear from you about God’s kingdom! ~ Devotionals Daily