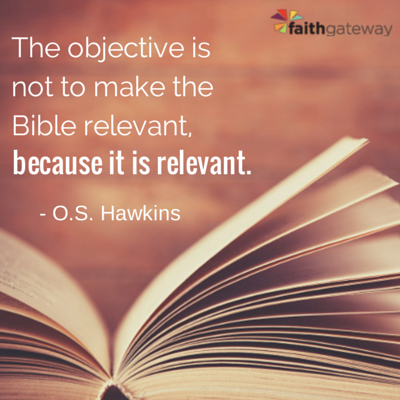 We way overcomplicate this thing we call evangelism. God can use you to bring others into His Kingdom. Otherwise, why would God have commanded us to do so? The calling of God is the enabling of God, and He wants to use all believers to bring people to Himself.

The fruit of the righteous is a tree of life, and he who wins souls is wise. – Proverbs 11:30

The world today is actually hungry for the message we have to offer. People are in a spiritual search mode—especially young people. There are opportunities for sharing this message that will be either seized or lost. We must take hold of the moment or we may lose it forever.

The Seven Principles of Effective Evangelism

The principles used in the first century for proclaiming the Gospel still hold true for us today. In Acts 17, we find a page right out of the apostle Paul’s playbook as we observe this master communicator bringing his message to Athens. Seeing the situation in Athens, Paul could have cursed the darkness, but instead he turned on the light. And that brings us to our first principle of effective evangelism.

Paul’s message began when his spirit was stirred. He was grieved to see the absolute absence of the living God and, in His place, every conceivable substitute. So he took action.

While Paul was waiting for them in Athens, he was greatly distressed to see that the city was full of idols. So he reasoned in the synagogue with the Jews and the God-fearing Greeks, as well as in the marketplace day by day with those who happened to be there (Acts 17:16–17). Paul was burdened to the point that he declared, “Woe is me if I do not preach the Gospel!” (1 Corinthians 9:16).

We simply have to care, or nothing will happen in the way of effective evangelism.

Does your heart ache for lost people?

C.H. Spurgeon knew the need for such a burden when he said, “The Holy Spirit will move them by first moving you. If you can rest without their being saved, they will rest too. But if you are filled with an agony for them, if you cannot bear that they should be lost, you will soon find that they are uneasy too.”

We need to know the people we are speaking to. Paul went right to where these people were and brought the Gospel to them. We see Paul taking the time to familiarize himself with these people and what they believed.

He examined their idols. He read their poets. He understood their culture. And He wanted to build a bridge to them.

It is important for us to have contact with—to be out and among— the people we are speaking to. Jesus certainly modeled this. Time and time again, we see Him breaking free from the multitudes to bring the message to one individual. From the midst of a crowd, He called Zacchaeus out of the tree. In the blazing noonday sun, He engaged the Samaritan woman in conversation. He managed a late-night meeting with Nicodemus, the religious man.

Paul could have blasted his listeners with both barrels. But amazingly, he sought instead to build a bridge to them and quoted one of their own poets:

For in Him we live and move and have our being, as also some of your own poets have said, ‘For we are also His off spring’. – Acts 17:28

It is so important that our listeners know we are living in the same world as they are.

We don’t necessarily want to build our message on these issues, but to completely ignore them is to miss an opportunity.

We need to keep up with the times. Far too often, those of us who are called to communicate are out of touch with the people we are speaking to. Jesus made an interesting statement on this same subject:

For the sons of this world are more shrewd in their generation than the sons of light. – Luke 16:8

Principle 4: Effective Evangelism Must Be Biblical

Paul’s message was biblical. He opened with a cultural connection, but then took his listeners to the Word of God. This is important because God’s Word will never return void (see Isaiah 55:11). Illustrations have their place, but the power is in God’s Word. Paul reminded Timothy of the power and sufficiency of Scripture:

From childhood you have known the Holy Scriptures, which are able to make you wise for salvation through faith which is in Christ Jesus. All Scripture is given by inspiration of God, and is profitable for doctrine, for reproof, for correction, for instruction in righteousness, that the man of God may be complete, thoroughly equipped for every good work. (2 Timothy 3:15–17, emphasis mine)

Everything we need to know about God is found in the Bible. We don’t need some new revelation.

The objective is not to make the Bible relevant, because it is relevant.

However, if we do not believe, as Paul stated, that “all Scripture is given by inspiration of God,” then we will have problems from the very beginning.

Principle 5: Effective Evangelism Must Focus on Jesus, Crucified and Risen

An effective evangelistic message will always make a beeline to the cross. Paul concluded his message in Athens with,

He has appointed a day on which He will judge the world in righteousness by the Man whom He has ordained. He has given assurance of this to all by raising Him from the dead. – Acts 17:31

I have been amazed to hear entire evangelistic messages that make only a passing reference to the cross at best.

Rarely do we hear about judgment in our day and age. Yet if we fail to talk about it, then we are not declaring the whole counsel of God. I am not suggesting that we preach hellfire and brimstone, but we do want to help people fully appreciate the good news of Jesus Christ. And to do that, they must first understand the bad news of their situation.

If we don’t tell people they need to repent, then we have not told them the entire Gospel.

There are a lot of people who feel remorse for their sin, but they never truly repent.

When Paul stood before the Roman Governor Agrippa, he told of how, on the road to Damascus, Jesus met him and told him, I will deliver you from the Jewish people, as well as from the Gentiles, to whom I now send you, to open their eyes, in order to turn them from darkness to light, and from the power of Satan to God, that they may receive forgiveness of sins and an inheritance among those who are sanctified by faith in Me. – Acts 26:17–18, emphasis mine

Paul laid out for Agrippa (and for us today) the process of salvation, which clearly includes repentance:

Our job is not just to make people feel good. It is to tell them the truth.

Principle 7: Effective Evangelism Leaves the Results in the Hands of God

God will hold us responsible for proclaiming the truth and being faithful. But the rest is up to Him. Even the great apostle Paul had days when the response was minimal. One of the greatest communicators of all time didn’t have the most successful meeting imaginable:

And when they heard of the resurrection of the dead, some mocked, while others said, ‘We will hear you again on this matter.’ So Paul departed from among them. However, some men joined him and believed, among them Dionysius the Areopagite, a woman named Damaris, and others with them. – Acts 17:32–34

The word mocked in verse 32 could be translated “some of them sneered and burst out laughing.” Paul had just shared the Gospel, and they started laughing in his face. These elitists, who thought they were so brilliant, dismissed out of hand the preaching of the Gospel from one of the greatest preachers in the history of the Church.

This is a reminder to us that no matter how effectively we communicate, some people will react that way. And that will hurt. It happened to Paul; it will happen to us. That is why we need to be praying that God will open their eyes and help them see the reality of what we are saying.

Conversion is the work of God and God alone.

We need to remember that it is all in the hands of God. It is the Gospel. The results are up to Him. All that God holds us responsible for is faithfulness and proclamation, not how many people responded. That is not my job. People don’t convert people—the Holy Spirit does.

Our job, if you will, is to proclaim the Gospel faithfully, lovingly, accurately, clearly, and understandably, and then let the Lord do His work with His message in His way.

What challenges have you encountered in the area of evangelism? Hawkins reminds us that we carry the message of Christ but only the Holy Spirit can change hearts. Join the conversation on our blog. We would love to hear from you!