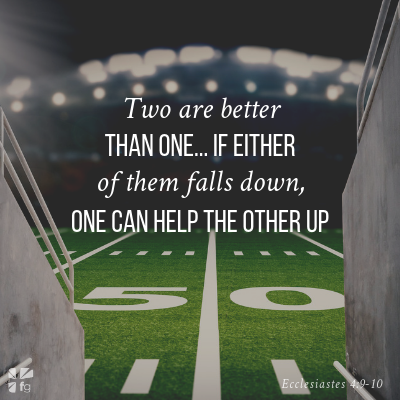 Editor’s Note: Shaquem Griffin’s story is one of the most unlikely in sports history. Born with a prenatal condition that led to him having his hand amputated at the age of 4, Shaquem became the first modern one-handed player in the NFL when he was drafted in the fifth round of the 2018 draft. If that weren’t enough, he was selected by the Seattle Seahawks, who had drafted his identical twin brother Shaquill the year before. In their brand new book Inseparable, the Griffin brothers share the previously untold details of their powerful and inspiring story — and how their faith, devotion, sacrifice, and love carried them through adversity on their way to the NFL. Enjoy today’s excerpt.

On March 2, 2018, I awoke at a hotel in downtown Indianapolis for the most important job interview of my life. I ate eggs and fruit for breakfast, and then I met with trainers and medical personnel from Michael Johnson Performance. I was competing in the bench press that day, followed by the 40-yard dash the next day.

Rick Stroud, a columnist from the Tampa Bay Times, was there when I lay on a weight bench, preparing for the bench press, with TV cameras and all eyes directly on me. I took a deep breath and started lifting.

“He began pumping his arms like pistons, and the crowd started to get revved up,” Stroud wrote. “One, two, three, four… it was getting louder. Five, six, seven, eight… the fans began counting out loud. Griffin did twenty reps. The building shook.”9

That’s right: I lifted 225 pounds a whopping twenty times at the NFL Combine. That was three more than Shaquill had the year before, and more than eleven offensive linemen, who were supposed to be a lot stronger than me. Once I reached ten, the fans in Lucas Oil Stadium started counting out loud. As soon as I heard sixteen, I was like, “Oh, yeah, I’m going for twenty.” Adrenaline just took over; it was more than I’d ever lifted in my life. When I hopped off the bench, I was one step closer to everything I wanted to accomplish.

The Seattle Seahawks were the only team that interviewed me in Indianapolis. Coach Pete Carroll was in the room, and I told him he’d better not blink on Sunday or he might miss my 40-yard dash.

The next day, I ran the 40-yard dash in 4.38 seconds, which was the fastest time by a linebacker at the combine in fifteen years. It was the exact same time my brother ran the year before. It was also faster than Cowboys running back Ezekiel Elliott, Atlanta Falcons receiver Julio Jones, and Seahawks cornerback Richard Sherman, who were all supposed to be faster than me. Coach Carroll watched me run from a suite in the stadium. When my time posted, he pumped his fist and said one word: “Wow!”

To be honest, I couldn’t have asked for a better performance at the combine — or the reaction I received from others. NFL players applauded me on social media, including Seahawks quarterback Russell Wilson, who tweeted: “Unbelievable. Can’t no one stop what God has for you!” Houston Texans star J. J. Watt wrote, “Shaquem Griffin killing it.” And Pro Football Hall of Fame cornerback Deion Sanders said, “You are straight balling man! You gon mess around and get the call Lol ‘If you ball you get the call.’”

I’d done everything possible to prove that I belonged in the NFL. Now it was a matter of one of the thirty-two teams wanting me.

On the third day of the NFL Draft, I decided to stay in my hotel room, away from reporters and TV cameras. The fourth round came and went, again without my name being called. At the beginning of the fifth round, I walked into the bathroom, and during the few moments I was away, my telephone rang. Shaquill recognized the phone number. It was someone calling from the Seattle Seahawks — his team.

He grabbed my phone and ran into the bathroom, yelling, “You have to get this!” He knew why the Seahawks were calling, and my brother tackled me before I could even answer. It was the phone call I’d been waiting to receive my entire life.

When I did answer the phone, I broke down and couldn’t breathe. Shaquill was telling me I needed to focus, but I was at a loss for words. I didn’t know what to say. I was so excited and overwhelmed. Tears were streaming down my face.

Seahawks general manager John Schneider informed me that the team was drafting me with its first pick of the fifth round, and then Coach Pete Carroll got on the phone and told me how happy he was. My mom, Tangie Griffin, was lying on the sofa crying tears of joy and thanking God. She was so happy her sons were going to be together again.

A few minutes later, we watched on TV as NFL Network announcers Rich Eisen, Charles Davis, and others reported that the Seahawks had selected me. My family members jumped and screamed around me. I hugged Shaquill and started crying again. This time, they were tears of joy and relief. It was literally like a dream or fairy tale. It was unexplainable.

Since high school, Shaquill and I have had the same ritual before games. We’ll hold hands, bow our heads, and pray. Some weeks I’ll say the prayer as Shaquill listens. Other weeks I’ll listen as he prays.

Before my first NFL game on September 9, 2018, I prayed and asked God to protect our teammates, opponents, and each other. I also spent a few moments thanking him for the many blessings he bestowed upon us. God blessed us with good physical and mental health, a loving and supportive family, and, of course, an unbelievable opportunity to play professional football.

Mostly, I wanted to express our gratitude to God because Shaquill and I knew that our football careers could end at any moment—even that day. Football is a dangerous and violent sport, and we wanted God to know that we were thankful for his protection. I was grateful that I was playing football. I had the game taken away from me, and I’m never going to take it for granted again. I wanted to thank him for everything in our lives—the blessings and even the hard lessons over the years. Without those challenges, we wouldn’t have been standing there together on that field.

After the prayer, I hugged Shaquill, and then we embraced our mother on the sideline. We were all crying. It was such an emotional and surreal moment for us. We couldn’t believe everything we’d dreamed was about to come true.

It seemed only fitting that the Seahawks opened the 2018 regular season against the Denver Broncos at Mile High Stadium. I was floating on cloud nine. I was playing in the NFL — with my twin brother. It was the culmination of a vision that started in our parents’ backyard when we were young boys. Shaquill and I had taken nearly every step together, through the good times and bad, and that Sunday we finally reached the mountaintop.

On top of that, K. J. Wright was still sidelined with a knee injury, so I was starting at weakside linebacker against the Broncos — right in front of my brother. Shaquill and I became the first twin brothers to start as teammates in an NFL game in ninety years.

“Two are better than one, because they have a good return for their labor: If either of them falls down, one can help the other up.” — Ecclesiastes 4:9-10

What adversity are you facing? You don’t have to go it alone. Who in your life can you lean as you navigate tough circumstances and strive for goals? We’d love to hear your thoughts in the comments! 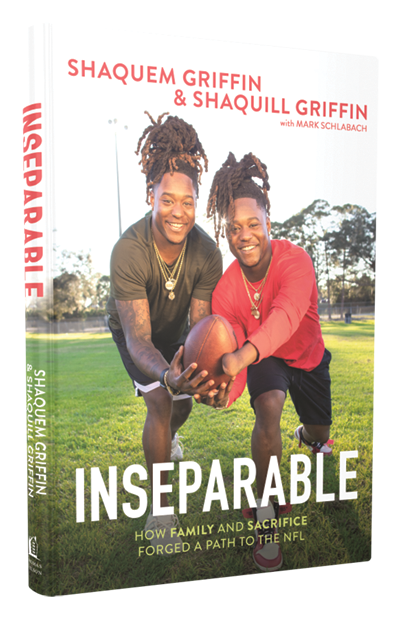