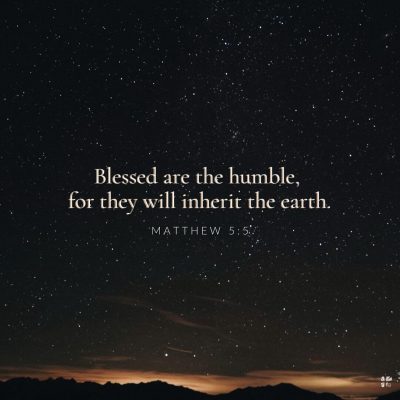 Moses was eighty years old when God strengthened him to lead the children of Israel out of Egypt. God gave Moses a new strength to perform a divine mission and calling at eighty years old. But why did Moses initially resist God’s call? Strangely, it had to do with his character. Moses’ humility endeared him and made him a great man and leader. This one trait also explains why Moses resisted the Lord’s call to become Israel’s redeemer, even though it was a tremendous honor. One of the things that endeared Moses to the Lord was that Moses, according to the book of Numbers (Numbers 12:3, Numbers 12:6-8), was the humblest man in all of the earth.

What does all this mean for you and me? Moses had a unique relationship with God. He performed these extraordinary miracles in front of Pharaoh. He had this calling upon his life, but calling and character always go together.

This idea of character and calling is vital because you might have a great calling on your life. But to be called is one thing; to have the character humble enough to listen to God’s direction, keep His will, and persevere despite people’s adverse reactions.

And God called to Moses.

Moses was so humble that he didn’t want to write what the directly Lord gave him. The last letter of the word Vayyiqra, “and God called.” Moses wrote this word with a very small letter, aleph. Aleph is the first letter and therefore the “lead” or “chief” letter of the Hebrew alphabet. Aleph represents the Lord (Abba, Adonai begin with the letter aleph). It is also the letter that represents leadership. This small letter aleph expressed Moses’ humility.

Why is that so important? Because that is the essence and definition of what humulity is. Humility is making yourself small in the sight of God, smaller in the sight of others, and smaller in your sight. Another way to understand it is humility is about occupying the right amount of space. When you occupy too much space, more than what God has allotted to you, that is pride.

Philippians 2 tells us about Yeshua’s humility. Out of His great love for us, He did His Father’s will and died a painful death on the Cross. While pride is essentially selfish, humility is occupying the right space regardless of how it makes us look. Jesus died a horrible death but rose in victory. Like Moses, His humility led to freedom and salvation.

Friends, humility is the way to greatness in the Kingdom. It’s the foundation of spiritual service. It’s about making yourself small so that God can be great because you can’t be full of yourself and have room for the Lord in your life.

And you can’t be full of yourself and have room for relationships and the service to others. Suppose you want to be a great leader. In that case, if you’re going to be like Messiah and like Moses, who embodied humility, you have to humble yourself in the sight of the Lord, and He will lift you up. Even as the scripture said,

Blessed are the humble, for they will inherit the earth.

Written for Devotionals Daily by Rabbi Jason Sobel, author of Mysteries of the Messiah.

Humility isn’t always natural; it’s something we practice. We don’t get to have big egos as believers. We’re servants, humble as Jesus was, without pride. It’s a beautiful thing! ~ Devotionals Daily