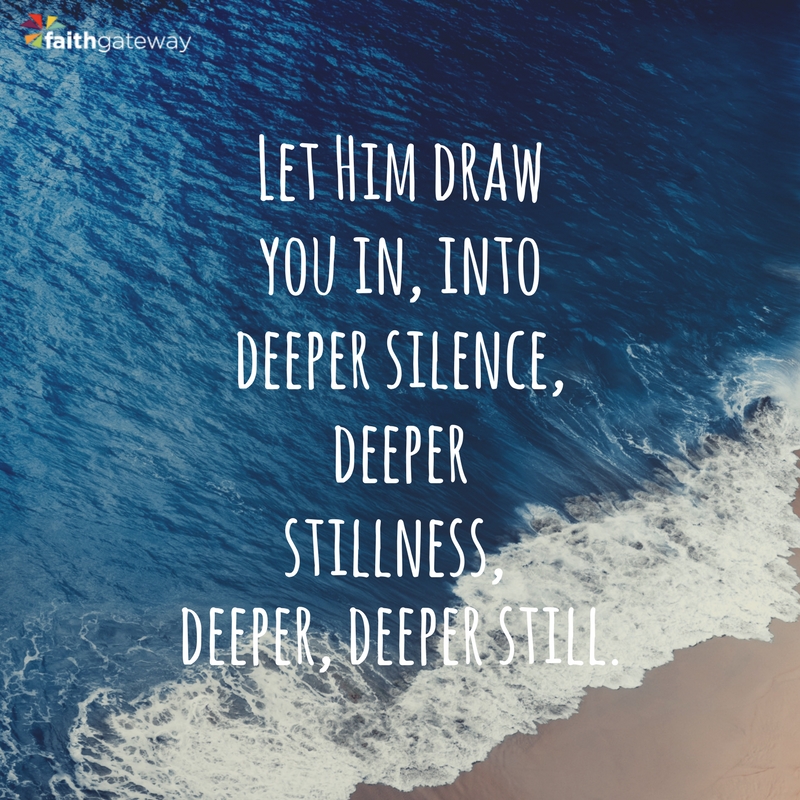 Then He arose and rebuked the wind, and said to the sea, “Peace, be still!” And the wind ceased and there was a great calm. — Mark 4:39

There’s little dispute that watching and listening to the ocean — the rhythm and repetition, the graceful waves — reduces stress and calms nerves. Any number of CDs and DVDs offer nice replications of the experience, but nothing compares to the original, live show.

In an instant, however, this same environment can make us anxious and fearful.

It’s ironic that the words normally associated with the calming, comforting effect are not calming words — the crashing waves, the roaring surf. If you think about it, these exact phrases can also be used to describe stormy conditions.

So, who’s in charge of the context? And who should be?

Let me preface today’s passage: All day Jesus sat in a boat, teaching. The boat was in a lake, so there were no rolling waves along the shoreline. The water was obviously calm. Later that night, however, Jesus and His disciples were traveling to the other side, and a massive storm erupted. Waves and wind tossed the little boat around. (Can you imagine the nausea as they feverishly bailed water?). How can a situation that is so calm one minute be so hazardous the next? And all Jesus could do was sleep?! Seriously?! The disciples needed all hands on deck!

Panicked, they ran to Jesus and woke Him up. He rose and simply told the storm to stop. (Did He sigh an exasperated sigh first?) He didn’t have to ask what was wrong, which reinforces the point He made to His disciples that night: He was aware, even though it didn’t appear that way to them.

They didn’t need all hands on deck; they just needed Jesus. They needed to trust that He was there.

When you look across the ocean and feel that calming lull, consider also the storms that have visited that exact spot. Similarly, is there someone or something in your life who has brought you both joy and sorrow? Where peace and calamity somehow coexisted? Who is in charge of the context?

As your frazzled nerves and tightened muscles give way to the sight and sound of peaceful waves, and you’re thinking about this situation or person, take to heart the command of our Lord: “Peace, be still!” Let Him draw you in, into deeper silence, deeper stillness, deeper, deeper still.

Lord, I sit. I stare. I hear. But I’m not there. There is a squall in my spirit that You know about and that You are handling. Wash over me as the waves do the sand. I need not fear — You are in the context.

Excerpted with permission from Devotions for the Beach by Miriam Drennan, copyright Thomas Nelson.

Peace, be still. Not just the waves, but our own hearts, Lord. Help us to trust You and be at peace no matter the squall. Come share your thoughts with us on our blog. We want to hear from you! ~ Devotionals Daily