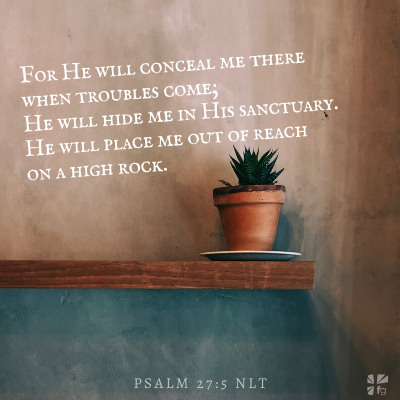 Video surgeries make me squirm. Normally, a close-up shot of a scalpel has me groping for the remote. But today I pulled the covers close to my face and watched as a tumor was carefully removed from someone’s brain.

I decided to watch the procedure after Courtney Warner shared with her online followers her diagnosis of stage 3 brain cancer. Weeks after revealing she would have a tumor extracted, she announced her decision to film the entire process… live. Due to the location of Courtney’s tumor, the surgeons would need her to verbally communicate throughout the process. Yes. You read that right. She would have to remain awake through the entire operation. Maybe it’s just me, but the thought of trying to make small talk during brain surgery unnerves me to the core.

Via YouTube, Courtney shared, “Hey guys… I had a pretty cool video today… I don’t know if everyone is going to like it… but I think it is very interesting. A couple of weeks before my surgery I decided to film everything about the surgery. I wanted to show you how it was for me… beginning to end and from my perspective.”

With a GoPro attached to her bed rail, Courtney is led to surgery. As the operating doors swing open, she continues to talk. “I just keep thinking, this is actually happening right now,” she says.

Surgeons perform the operation while a speech therapist holds up picture flash-cards, asking Courtney to identify the images being shown. At one point the video captures a trig- gered seizure; the right side of Courtney’s face twitches, and she is unable to communicate. She says on a later video, “I started to cry because I thought the seizure was my fault.” Within a minute the seizure subsides and Courtney is once again able to identify the images. Step-by-step, Courtney courageously talks her way through the footage. The final clip ends with the subtitle, This is when they were taking my tumor out.1

As the screen faded to black, I silently asked myself, What personal crisis would I make public if I knew it would make my sisters stronger? Courtney’s ability to turn private adversity into a shared adventure left me thinking, Sometimes heroes don’t wear capes but wear hospital gowns.

Maybe you’ve never been in a situation like Courtney’s, where you’ve had to don a hospital gown so someone can slice open your skull. But I imagine you have your own stories of times when your life spun out of control.

My friend Lauren knows the pain of watching life spin out of control. A mom of three boys — Josh, Dylan, and Ty — her life was supercharged. Between the boys’ busy schedules and helping her husband, Jack, with his construction company, she watched the years slip right on by.

As she stared at the coffin, it was hard to believe twenty years had passed since first meeting Jack on a south Florida campus. It was harder to imagine that after today she would would you make never see his face again.

His death was completely unexpected.

There had been no signs of heart trouble. He wasn’t overweight or out of shape. No family history of coronary issues. There was no explanation for why his heart stopped. As she gently reached to touch Jack’s hand, her middle son, Dylan, slipped his hand into hers. As much as she wanted to climb in the coffin with Jack, the boys needed her to claw her way back to sanity.

The months ahead were more difficult than she could have imagined. Lauren confided in me that she left off counting how many times she woke up thinking Jack was asleep beside her. She would reach for his hand only to find a pillow in his place. And she wasn’t the only one grief was engulfing. Father’s Day was gut-wrenching for the boys. Ty refused to eat; he simply pushed peas around his plate. Dylan missed the entire week of school, and Josh worked overtime to keep his mind distracted. Their lives were forever altered.

How do we climb out of something so deep we can’t see the surface? A good place to start is on our faces in holy surrender.

Sometimes surrender is the safest way to get through a season. For those of us who were born fighters, the word surrender has become synonymous with defeat. The truth is, surrender is only defeat when we hand over our authority to an equal or lesser power. Falling forward before our Father means we are surrendering but without being defeated. If there are situations that you need to surrender to God, let these words bring you comfort:

For He will conceal me there when troubles come; He will hide me in His sanctuary. He will place me out of reach on a high rock. — Psalm 27:5 NLT

The Lord Himself goes before you and will be with you; He will never leave you nor forsake you. Do not be afraid; do not be discouraged. — Deuteronomy 31:8 NIV

Spending time with her Father was the first step in restoring Lauren’s life. Over time and with the help of other sisters who had experienced similar pain and were willing to share their stories of restoration, her world found a new normal, and she found the strength and the courage to move on. Lauren would be the first to tell you the road to restoration wasn’t without bumps or delays. There were days she felt lonely and nights that left her longing for morning. Her journey is not one any of us would want to take, but the peace she discovered in the presence of Hope Himself is something she will carry forever. Inscribed on the cover of her Bible is her life verse:

Weeping may last through the night, but joy comes with the morning. — Psalm 30:5 NLT

If you don’t have a life verse, ask God to lead you to one, and proclaim it daily. As we’ve discussed in previous chapters, we are made powerful by the words we proclaim. And what we hide in our hearts during secure seasons will make our hearts strong and our words sound during stormy seasons.

What personal crisis would you make public if you knew it would make your sisters and brothers stronger? What truths are you hiding in your heart for whatever challenges and storms may come? Share with us on our blog! We want to hear from you! ~ Devotionals Daily