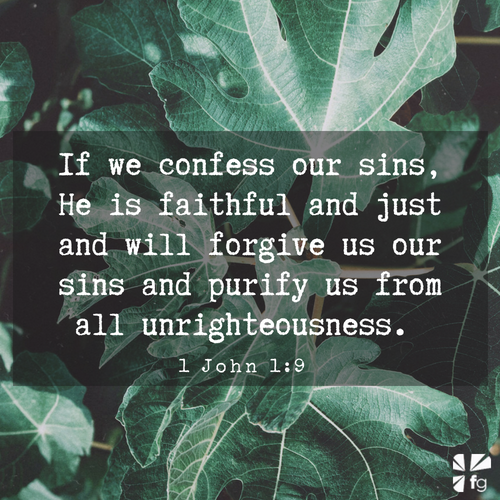 Editor’s note: Today’s article begins in the middle of the story of Heidi and Brad, a Pastor “fallen from grace”. The question Heidi faced after he confessed to committing adultery was “Can I forgive him?” Her answer came slowly as she watched Brad be truly repentant – yes. The next question for them was…

Broken and repentant, full of regret and remorse, Brad had no illusions about the depth of his sin and the noxious consequences that were befalling him and his family. Was he forgiven by Christ? Yes, because god’s grace covers the most vile of transgressions. Was he forgiven by Heidi? Yes, because of her fidelity to Christ’s teachings despite Brad’s infidelity to her.

But experiencing forgiveness and feeling liberated from shame and self-condemnation — those were far more difficult for Brad to achieve. “You can only experience God’s grace to the degree that you’re willing to accept full responsibility for what you’ve done,” Brad said to me. “Could I try to find excuses? Sure. I could look back at how depleted I was, at how others weren’t appreciating me, at the stress of the church, at the fact that our marriage wasn’t doing well — but there have been people in far worse situations who have stayed faithful to Jesus.

“I didn’t. I failed. I made the choices that I made. I can’t point the finger at anyone else. Remember how Heidi had to understand the details of what I had done to fully forgive me? Well, I needed to completely accept responsibility for what I had done so I could feel fully forgiven by God. That’s why I needed to stand up in front of the congregation and admit my sin without equivocation. Also, they needed to hear it from me to protect against gossip and people taking sides. I didn’t want more damage done to the church.”

“Has it been a struggle to stop living in shame?”

He nodded. “Absolutely. Shame says that you didn’t merely sin, but that you are an irredeemable sinner — that you’re forever worthless as a person, that your core identity is hopelessly soiled, that God can never use you again. I can’t prevent those emotions from coming up, but I can choose to deal with them in a biblical way.”

“I remind myself that shame is not from God. What I did in the past was sinful, but it does not define who I am now, and it doesn’t define my future. Tomans 8:1 says,

Therefore, there is now no condemnation for those who are in Christ Jesus.

“Christ paid for my sins on the Cross. When I’m stuck in shame, that’s me taking back on myself what Jesus took on Himself. I’m diminishing what Christ accomplished. Jesus doesn’t want me to stay punished, because He took the punishment for what I did, and that gives me the freedom to move ahead with confidence and in grace.

If we confess our sins, He is faithful and just and will forgive us our sins and purify us from all unrighteousness. — 1 John 1:9

But when I take on shame, then I’m saying that I’m not really purified, that the Cross was a failure, that Jesus’s sacrifice for me was lacking.

“All of those are facts,” I said, “but it’s also a fact that God disciplines His children. After they sinned, Adam and Eve tried to avoid that by hiding from God. Was that a temptation for you?”

“Yeah, part of me wanted to flee,” he replied. “I had to consciously open myself up to God’s discipline, because I knew it was for my own good. Hebrews 12:10-11 says God’s discipline produces holiness, righteousness, peace, and healing in us. those were four things I desperately needed.

“If I tried to wiggle out of God’s discipline by running from the consequences of my sin, then I’d be resisting what God wanted to accomplish in me. Only by facing my sin could god use it to change me for the better. The Bible warns that God’s discipline isn’t pleasant, but in the end the changes god produces in our character are worth it. That was true for me.”

“What about hiding from people? Did you want to withdraw from others to avoid embarrassment?”

“Both of us fought that impulse. It would have been easy to isolate ourselves. Sometimes when you’re in pain, you don’t even have the emotional energy to engage with people. But Heidi and I stayed in our small groups, we kept going to church, and we maintained relationships with Christian friends. During that time, we saw the church at its best. People prayed with us, shared wisdom with us, kept us accountable, and encouraged us.

“I remember a Southern Baptist state official who called me. He went through the list of people in the Bible who sinned, but god restored them and kept using them in ministry.”

Brad’s voice began to quake. “Man, I needed to hear that. He breathed hope into me. Just maybe, I thought, God is big enough to take the carnage I had created and use it for His glory.”

Brad and Heidi excused themselves to get ready for dinner, and as I sat there my mind started to wander. Glancing out the window, where pine trees shaded my backyard, I imagined a picnic — a fortieth-birthday party for a person whose face I couldn’t make out. A couple of adult children laughed as they recounted family stories. Maybe there was even a grandchild in one of their arms.

It’s the anniversaries that trigger my memories. Four decades earlier, a frightened friend stopped me on the university of Missouri campus. I’m pregnant, and my boyfriend has walked away. What should I do? Lee, I trust your advice. Tell me what I should do.

I was so flip, so cavalier in my opinions. Well, if the baby’s in your way, get rid of it. Abortion is legal in New York. I can help you make the arrangements. We’ll find the money for it. It’s not a big deal.

When I came to faith in Christ a decade later, there were a lot of regrets I nailed to the cross. I knew that God’s grace covered them all. Yet like Brad, forgiving myself was another matter. I was tortured by the “might have beens.”

What would this child have been like? Who would he have become? As friends and family offered a toast on his fortieth birthday, what stories would they have told about the ways he had blessed them? Or maybe the child would have been a girl who grew into a woman, a mother who had ushered more lives into the world.

Over time, I kept reminding myself of the fullness of God’s forgiveness, and that helped. Still, it was hard to ward off the shame. So finally I decided to write a letter to the child. I told him I was sorry. I said I wished I could go back and undo what I had done. Most of all, I said I was looking forward to being with him in Heaven.

I can’t remember what happened to that letter. I kept it for a long time, but then it was gone. In a way, I’m glad it’s not here anymore. Christ has forgiven me. He acts as if this never happened. His grace has eased my shame. Yet my sin still echoes through time. It’s the birthdays that are hardest for me.

Brad’s affair — no, his adultery — will have consequences into the future. Maybe a member of his church, disillusioned by Brad’s failure, has walked away from the faith. Certainly the effects of sin should never be whitewashed. Nevertheless, Brad was right about this — God is big enough to redeem even the most hurtful of sins and use the circumstances for good.

One day when Brad and Heidi were in counseling, the therapist told them, “Your marriage will emerge better because of all this.”

Brad and Heidi laughed. The counselor said, “Someday you’ll use this to help other people.” They laughed again. “If you think we’ll ever talk about this publicly,” said Heidi, “you’re dead wrong.” he replied, “We’ll see.”

Can You Help Us?

On a sweltering summer day in rural Ohio, more than fifteen thousand people were attending a Christian music festival. Between acts, hundreds of them would crowd into tents to hear speakers on a variety of topics.

Three sessions were being taught by the new pastor of a nearby church and his wife. They had moved to the area after a couple of years in South Carolina. Calling their ministry “Build Your Marriage,” they talked about communication, intimacy, and conflict resolution; unlike many of their events, this time the subject of adultery wasn’t on the agenda.1

After one session, a woman — her sheepish husband in tow — came up to the speakers, Brad and Heidi. “I don’t know if you can help us, but three months ago my husband revealed that he had an affair,” the woman said. “And I don’t know if there’s any hope for us.”

Heidi couldn’t hold back a sympathetic smile. “Yes,” Heidi assured her, “we can help.”

Excerpted with permission from The Case for Grace by Lee Strobel, copyright Lee Strobel.

What guilt are you carrying still? What shame haunts you? Do you know that Christ paid for it once and for all? You can put it down now and believe in faith that He will use it to help others! Come share your thoughts with us on our blog. We want to hear your stories of redemption. ~ Devotionals Daily