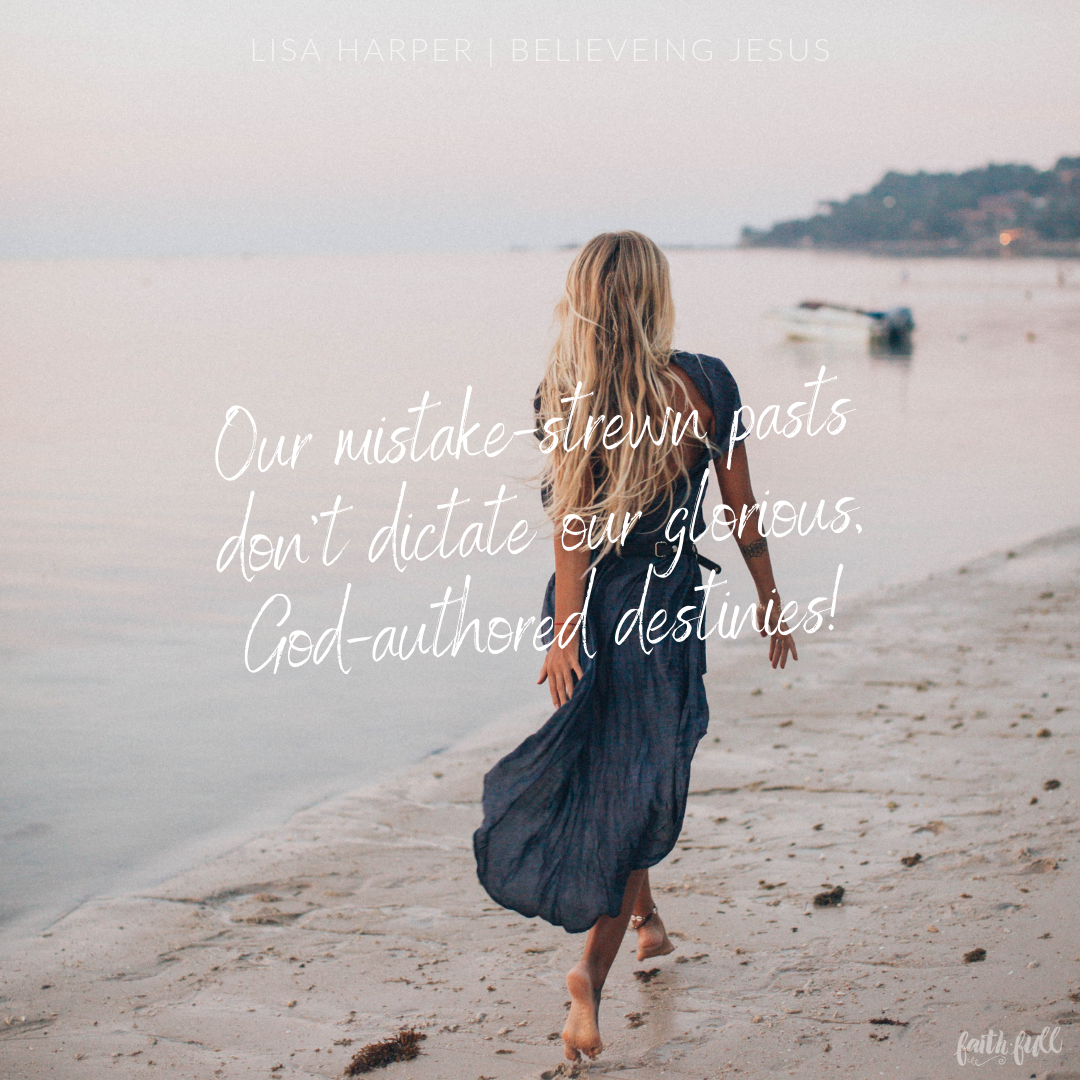 The journey to become Missy’s mama started when I was seventeen years old, when Cindy Whelchel — my best friend in high school — and I led our youth group Bible study through the theme of adoption in Scripture. We made a pact to adopt babies that no one else wanted when we grew up. We were as sincere as we knew how to be when we made that solemn promise, while wearing matching pink Izods and flipping our Farrah Fawcett–inspired hair wings in 1981. We were walking in the light of all the revelation we had as perky, mostly devout teenage followers of Jesus.

We had no idea Cindy would marry Peter after college, that they would struggle with infertility and then go on to adopt two beautiful children. Nor did we imagine that I’d still be single at fifty. I often tease and say my husband won’t stop to ask for directions.

Frankly, being unmarried is the main reason I pondered adoption for so long but never seriously pursued it. I grew up in the Waltons era, so the idea of having a child without a dad was pretty foreign to me. I think every child deserves two loving parents. But I attended a breakout session at a missions conference ten years ago and heard a speaker talk about the 147 million orphans in the world who are languishing in desperate situations in Third World countries with a slim-to-none shot at survival. She described the thousands of documented orphans here in America who are unwanted or about to age-out of foster care and how they don’t have much hope for the future either unless someone steps up and fights for them. That’s when the embers of the fire that had been lit two decades before began to stir. I found myself wondering, You know, for kids like that who don’t have anybody to love them, maybe an older, verbose, unmarried chick with a strong Southern accent, chemically dependent hair, and a guacamole addiction could work? I mean, if the choice is between me or life on the streets or even death, I just might be the better option!

I drove home from the missions conference with James’s admonition ringing in my ears:

Pure and genuine religion in the sight of God the Father means caring for orphans and widows in their distress. — James 1:27

The conversation in my head about this seemingly crazy idea grew more animated, Okay, it sure doesn’t sound like God’s saying only married people with robust 401Ks have the assignment to take care of orphans in their distress. I’m pretty sure that verse is for the body of Christ. Which means maybe this scary excitement bubbling up in me that feels kind of like the start of a stomach virus could be the conviction of the Holy Spirit. After a week or so of wrestling with what turned out not to be a stomach virus, I decided to call a social worker I’d met at church and begin some preliminary adoption paperwork. I also decided to share my budding hope with four girls I trusted from Bible study to ask them to pray with me as I began walking toward the riskiest decision I’d ever made. I wasn’t ready to rent a billboard or anything, but I thought seeking counsel from a small circle of Christian friends was a smart thing to do while sticking my toe in the adoption pond.

Three of them gave me big teary hugs and an enthusiastic thumbs up. But one of them gave me a thin smile and asked if I’d be willing to meet her for coffee later. If you’re wincing while reading this, your intuition is correct. I learned the hard way that when a rigid, religious “friend” wearing crop pants and toting a Bible clad in a personalized, quilted cover asks to chat with you privately in a condescending sing-song voice, you might want to bring a backup friend for support. A couple of days later, she clubbed my baby seal of a dream into a coma. She informed me that since I’d been sexually molested as a child, I wasn’t good mom material. That even though I’d had extensive counseling, I probably still had toxic residue left over from the abuse and was therefore likely to spill icky emotional stuff on an unsuspecting child. She wrapped up her closing argument with another thin smile and this observation, “You know, Lisa, it’s understandable that you’re lonely. Why don’t you just go to the Humane Society and get another dog because you’re so good with pets?”

I wish I could tell you I had the wisdom and spiritual maturity to realize that while Jesus might say “No” or “Wait” in response to my desire to adopt, He would never tell me I wasn’t good enough to be a parent.

I also wish I could tell you that I leaned across the table, took Negative Nancy’s hand and said, “I’m so sorry for the places you’ve been wounded.” Because obviously that kind of shriveled fruit comes from a tree that’s suffered a devastating drought somewhere along the way. But I didn’t. I just sat there stunned, paralyzed by a volley of accusations seasoned with just enough truth to be palatable. It would take seven more years before I was brave enough to limp toward the risky dream of adoption again.

Satan’s strategy is effective because he sprinkles his poisonous brew with just enough veracity that we’ll swallow it.

Case in point, that old snake never throws me off course by saying, “Lisa, you’re a woman of few words and a shockingly high metabolism.” Nope. I’d recognize that lie from at least a mile away. But when he weaves in excerpts from the shameful chapters of my past, those ugly whispers have the power to make me pause. Somewhere in the core of my all-too-human heart, I’m afraid my former life could sabotage the abundant future Jesus promised those of us who put our hope in Him.

Which is why Peter will always be one of the biblical personalities I resonate with most. His story is at the top of my favorite list because the trajectory of his life proves that our mistake-strewn pasts don’t dictate our glorious, God-authored destinies! [tweet this]

Our enemy is a liar. He’s the king of liars. But, as Lisa pointed out, he’s a smart liar and know how to weave in just enough truth to make it believable. God doesn’t shame us — He convicts us and loves us! Have you been shamed out of your God-authored destinies when the devil used your checkered past to knock the wind out of your dreams? I have. When you hear that old snake whispering cruel lies and condemnation to shrink you away from God’s plan, how have you responded? Or has he possibly used a Bible-toting “friend” to club you down? What do you want to say back to the enemy and what do you want to do about it? Let’s say NO to the shame-game together! Come join the conversation on our blog! We want to hear from you about fighting back against Satan’s lies! ~ Laurie McClure, Faith.Full