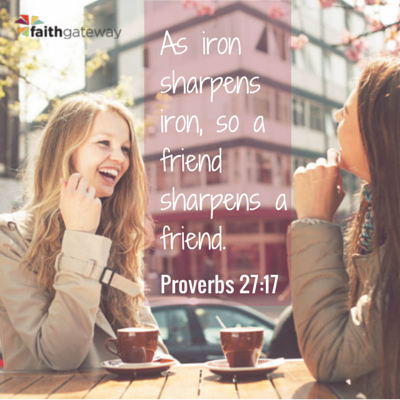 Sometimes the only way to return is to go. — Josh Garrels

Leaving behind four years of friendships in Nashville, I moved to California, confidently running, fearless in my decision to escape. It was like my runaway attempt when I was in kindergarten, except now I was taller than the corn stalks and could see my way to a new home. The safety I craved appeared to exist in anonymity. I had nothing to prove to anyone, no ques-tions to answer or expectations to meet. Surely this was the right choice. The voice of my independence distorted the voices of my friends in Nashville telling me to stay.

A new job, new friends, and the healing air of the Pacific Ocean blowing through the windows assured me my decision to move to California was a good move to make.

After work each day, I drove to the house where I rented a room, perched up on the side of a mountain, and watched the sun drop into the ocean as though it had a five-hundred-pound weight attached to the bottom of it. This was my daily commute, and in spite of the small fortune I spent in tolls each way, it was breathtaking every time. My days were kept busy at a growing architecture firm where I helped plan events and managed publicity. It was easy to spend twelve hours a day at work finding something to improve or a new project to begin.

The busyness didn’t bother me at all; in fact, it was a welcome distraction to the grief I was experiencing over the loss of my marriage. Soon, I found myself hopping from plane to plane, running across airport terminals all over the United States for company events. That accomplished two things: it caused a diversion to the growing pain I was desperately avoiding and it separated me from the beginnings of community I was starting to form in California. In the midst of my new job, I was also on a book tour promoting my second book, Permission to Speak Freely, which took me away from my new home in California even more.

The stress of being a full-time author and speaker as well as a full-time publicity manager affected me physically, and I lost weight and couldn’t sleep most nights. But somehow this was okay. Only a month and a half into my new life as a California girl, in between a taping for a Christian television broadcast in Texas for my book and an architecture meeting in Arkansas, I sent a text message to my friend Liz. Liz was a friend who I knew would speak words of truth that I was willing to listen to.

Me: Can I be honest? I’m not sure if moving to California was the right thing.

A few moments later, she replied. Can I call you?

Sure. Give me fifteen minutes to get to my hotel room.

Fifteen minutes later, I sat cross-legged on one of the double beds in my hotel room in Little Rock and waited for Liz to call.

“Why isn’t it working out?” she asked.

“I just feel so disconnected. From everything. I’m traveling so much I can’t do things with my new friends in California. The time zone makes it hard to connect with my old friends back in Nashville. I’m starting to recognize flight attendants on the Dallas to Orange County segment I’m on every week. I feel as if they know what’s going on in my life more than my roommates even do.”

“I think moving to California was a mistake,” she said without pause.

“What do you want me to tell you, Anne? You’re running.”

“I just needed a fresh start.”

I sat silently, staring at the dated pink floral pattern of the bedspread.

“Go,” she said. “Go to the place where it hurts your heart so much you simply can’t stand it and you feel like you want to die. Go to the place where the infection is thick and rotting and it smells and burns. You have to go to the bottom of the wound and start there. It is the only way to begin healing. Where is that place for you?”

“It’s Nashville. It’s haunted to me. The ghosts of what should have been are everywhere.”

“Now, where’s the place where people love you? Where you know you can call someone or just go out to eat with someone? Where’s your church home? Is that in California?”

“That’s where you need to be.”

I resisted. “I can’t go back and make it through the pain on my own, and I’m on my own now. I can’t do this alone.”

“So what are you saying?”

“I think you need to move back.”

“But people will think I failed at this California thing. That I’m a flake.”

“That’s not true, and it doesn’t matter what people think anyway. You need to take time off from writing and speaking and this persona of “Anne Jackson” you’ve become, and you need to heal. And you need people who you let into that wound. You need to bare it all. Ask a handful of people to commit to go into that infection with you and help you work your way out. It sounds forced, but ask them for eighteen months of prayer and counsel and accountability. Give them the freedom to say no, but when they say yes, you’ve got to give them the permission to enter into your life in the most vulnerable way. You asked me what I think you should do. And that’s what I think you should do.”

“Are you going to do this?”

“You just let me in. God’s created us to live like this, Anne. You can do this.”

I knew she was right on every account. I knew I was running from my grief. I knew I needed to go back to Nashville and heal the wounds there before I could truly move on—geographically or otherwise. I knew I needed to let others carry me for a while. After all, that’s what I’d been proselytizing in Permission to Speak Freely.

“We get to carry each other,” I penned, quoting the song “One” by U2. Was I willing to? If I chose to stay on the path I was on, I would survive. I would have a great job and money and friends to spend time with and eventually the pain would be pushed so far down I wouldn’t feel it anymore. I could be committed and not vulnerable. However, if I chose to let people into the sludge of my very soul; if I asked them to willingly climb down to my rock bottom and help me find my way back up, the amount of work and pain I would face would be intolerable—maybe even emotionally fatal—if I ended up abandoned. Again.

There would be risk. How much life could I really live if I allowed my grief to win and destroy the abundance and joy that God has promised me? Do I give up or do I give myself up and trust others and trust God with this process?

That night was a restless one as the two options battled in my mind. I knew the right answer, but fear would crash over it whenever I was close to choosing it. I couldn’t sleep. I felt sick to my stomach and sat on the bathroom floor in the hotel. I was hot and cold at the same time. I curled up next to the toilet, afraid I might vomit. A fight was definitely being fought and I was caught in the middle. As the morning sun quietly brightened my room, I pulled out my laptop and sent an e-mail to fifteen very different people asking them to meet me at the bottom of my busted, muddled, seemingly impossible wound. They would be required to sacrifice time and energy for me. I would submit myself to them for guidance. I would be accountable to them in every area of my life, from my finances to my faith to my relationships and my career. I gave them access to it all. Ten wrote back almost immediately and said yes.

Life Is Breaking Through

When I asked my group of friends — this team — to commit to helping me through the crisis of my marriage ending, I never doubted that it was a wise step to finding health and wholeness in my relationship with God and others. However, I didn’t realize at the time how life-saving and life-giving this decision would be.

In fact, it wasn’t until two years after this group formed that I was able to look back and see the big picture of how God worked through this community. Life didn’t become easier. In fact, there were actually more moments of heartache and shadows than I expected. However, that pain was a gift.

Through these relationships — and others that followed — I discovered a joy that was far beyond the happiness I ever hoped for, and I wanted everyone to have hope that the same joy existed for them too. As I shared my story with friends, I realized there were specific patterns and themes that appeared throughout this time of planned community.

There were decisions I made that were steps into vulnerability and commitment, and there were responses from my friends that helped me take those steps along the way. The mosaic of our choices and the context in which they were made and the dynamics of where each unique person was in his or her own life allowed these relationships to grow from a structured place to a truly flourishing and genuine community that had no constraint.

It began to grow so unpredictably in such a beautiful and holy way that it reminded me of when I ran away from home as a child, and I hid under the blooms of that honeysuckle plant that overtook our cement porch with its life and wonder. My community was now my shelter and it was under this canopy where I began to find a refuge and sweetness. I knew I did not need to run or hide anymore.

Excerpted with permission from Lean On Me: Finding Intentional, Vulnerable, and Consistent Community by Anne Marie Miller, copyright Thomas Nelson, 2014.

The heartfelt counsel of a friend is as sweet as perfume and incense. – Proverbs 27:9

As iron sharpens iron, so a friend sharpens a friend. – Proverbs 27:17

Two people are better off than one, for they can help each other succeed. If one person falls, the other can reach out and help. But someone who falls alone is in real trouble. Likewise, two people lying close together can keep each other warm. But how can one be warm alone? A person standing alone can be attacked and defeated, but two can stand back-to-back and conquer. Three are even better, for a triple-braided cord is not easily broken. – Ecclesiastes 4:9-12

The Bible is full of wise counsel to forge trusted friends. Do you have a circle of safe and healthy people you trust who have your permission to speak into your life even if what they have to say hurts or stretches? Do you have a Team? Maybe you’re like me and you’ve had seasons without a Team and seasons when you did have those important friendships. I know that I need at least one person in my life whom I can call and talk turkey with and share my heart unedited. What about you? Come join the conversation on our blog! We would love to hear from you about the importance of friendships and safe relationships! ~ Laurie McClure, FaithGateway Women