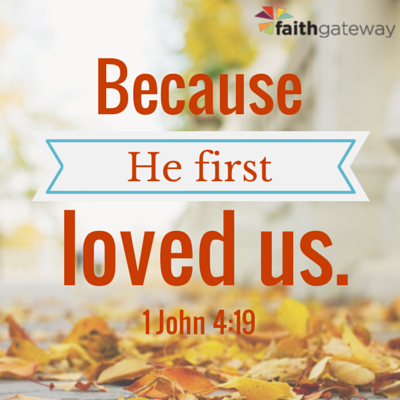 Mama was a strange mixture of the holy and the profane. If Mama and Canadian Mist were a mixed drink, it would be called Intemperance. Mama drank too much, got drunk, and did stupid things, like driving her green Ford LTD around and around the yellow house at a very high speed.

She’d crank up her music to blaring levels as she listened to “Night Moves” in the comfort of her home. There was nothing unusual about that, but then she’d raise all the windows in the house, open the front and back doors, and turn “Hollywood Nights” up as loud as that stereo would go, so the whole neighborhood could hear it.

Like a vinyl Bob Seger record, Mama had an A side and a B side. The only consistency in her life was her inconsistency.

She could be sitting Indian-style on the living room floor singing “Highway to Hell” on Saturday night, then come Sunday morning, she’d be at the Baptist church, front and center, singing “I’ll Fly Away.”

In a similar manner, after several months of late-night partying and early morning toilet-hugging, Mama would eventually crawl her way through the beer cans and liquor bottles strewn across our floor, back into the loving, forgiving arms of Jesus.

Mama got saved just about every other month, or whenever the rent money ran short. Patricia and I always knew when Mama had invited Jesus back in the house by the overwhelming smell of Pine-Sol. When Mama was off the bottle, she was in the Bible; and when she was in the Bible, she made Patricia and me clean the house all day long and read Scripture to her before bedtime. Mispronouncing a biblical term was our worst fear, but words such as propitiation or names like Melchizedek and Nebuchadnezzar were simply not in my nine-year-old vocabulary. When we couldn’t pronounce the words, Mama would yell at us, and then she’d whip us—sometimes severely.

Although Mama didn’t know how to pronounce all the words in the Bible either, to her, anyone who couldn’t read the Bible was either purposely insulting God or was demon possessed, and she was not about to allow her kids to be either. I almost hated to hear Mama say, “Jimmy, read to me,” as she handed me the Bible.

Mama made me afraid of Christians, Jesus, and Pine-Sol.

That summer a group from a church up the street came knocking on doors in our neighborhood, informing parents about their upcoming Vacation Bible School. It was a good deal for parents in our neighborhood—several hours of free babysitting, some snacks, and even some cute crafts, combined with some good moral teaching— what lazy parent wouldn’t want their kid to go to Vacation Bible School?

I didn’t want to hang out with people like Mama, who hit kids when they mispronounced Scripture, but Mama made me go anyway. I arrived on Monday morning at the big, brick Baptist church, carrying with me a big, bad attitude. I knew I couldn’t buck Mama’s decision that I go, so my best alternative, I figured, was to misbehave and get kicked out as soon as possible. I walked into the classroom, where all the other kids were already seated. The teacher was handing out beads and wire to be used in making a craft. “Hello!” she said, sounding genuinely happy to see me. “Just have a seat over there.” She pointed at an empty chair in the back left corner of the small room. I took my seat as the teacher walked around the room, handing out supplies.

Intent on getting kicked out, I made a few funny noises, trying to interrupt the class as she talked, but she pretended she didn’t hear me. She then walked back to the front of the class and told everyone to take the wire and begin threading it through one of the beads. As we followed her instructions, she began telling the story about Jesus and why He died on the cross. I made a few more noises but soon realized she wasn’t going to allow me to disrupt her or to control the class.

After a while I gave up and listened to the story.

As much as I didn’t want to admit it, I was intrigued.

The class continued threading beads and twisting wire while the teacher explained how the nails were driven into the hands of Jesus and how a crown of thorns was cruelly forced onto His head. She emphasized that, by giving His life for us, Jesus paid the penalty for all the bad things we had done, and He did that because He loved us.

Mama had taken Patricia and me to church periodically throughout our lives, but I’d never heard the story told that way. Mama tended to emphasize the fear of God rather than the love of God. She knew she deserved to go to hell, and she was determined to keep us on the straight and narrow path by scaring the hell out of us.

But as I listened to the teacher in Vacation Bible School, I was inspired to learn that Someone actually loved me, that Jesus loved Mama and my sister and me so much that He would die on a cross for us.

By the end of the teacher’s story, we all had made crosses out of the beads and wire, and the craft was ours to take home with us that day. But I couldn’t have cared less about the handmade cross we had just made. I wanted to learn more about Jesus—the One who didn’t smell like Pine-Sol.

Excerpted with permission from Walk to Beautiful by Jimmy Wayne, copyright Thomas Nelson, 2014.

Have you ever been like Jimmy, living in fear of punishment from God or judgment from other Christians? Was there a moment when you realized that God was a loving God seeking an intimate relationship with you? Come join the conversation on our blog. We would love to hear from you!