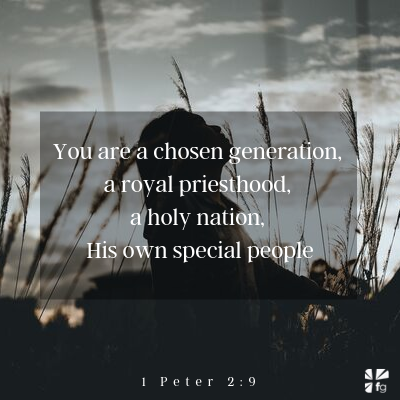 Nate Roman of Marlborough, Massachusetts, came home from work one spring afternoon to discover someone had broken into his house. But this was no routine burglary, because nothing was missing. Instead, the intruder had cleaned Roman’s house top to bottom, spic and span. The rugs were vacuumed, the beds made, and the bathrooms scrubbed. Even the toilet paper was adorned with origami roses.

Roman called the police, but the evidence of the break-in had been — well, swept away. It was what you could call a clean crime scene. “It’s funny now, but didn’t feel funny at the time,” Roman said. “I kept the toilet paper roses as souvenirs.” He wondered if a cleaning crew had come to the wrong address. But if so, how did they get in? There was no good explanation for the incident. It remained a mystery.1

As you read this, you may be wondering how to get in touch with that particular intruder! But you don’t need an intruder to clean up your life. One of the wonderful surprises about committing your life to Christ is discovering His cleansing power. He stands at the door of your heart and knocks. When you open the door and invite Him in, He comes, as it were, with a broom and mop.

Jesus knows how to clean house.

In the Gospels, He cleansed the temple (John 2:13-17), and the Bible constantly speaks of His cleansing power and His ability to purify His people.

Jesus is holy, pure, and sinless. As you grow in Him, He makes you increasingly like Him. As you progress in your Christian journey, you’ll develop an instinctive yearning for moral uprightness, for the need for your inner life to reflect Christ’s cleanliness of spirit. Put simply: we all need someone who can disinfect our hearts, clean up our habits, vacuum our values, sweep the dirt out of our minds, launder our motives, spruce up our attitudes, and tidy up our testimonies!

Several years after becoming a Christian, I reflected on all the parts of my life that God had changed. Rather than occasionally telling other people what I thought they wanted to hear — I believe that’s called lying — I allowed God to make me a person of truth. Instead of sharing the latest rumors about mutual friends with others — I think that’s called gossiping — I learned to hold my tongue.

One of the more stubborn stains in Craig’s life involved his movie-viewing habits, but the Lord gradually helped clean up those patterns too. Craig wrote, “It’s time to come clean… if you would love to detoxify your soul from guilt, fear, regret, and all the impurities that pollute your relationship with God.”2

When you receive Jesus Christ as Savior, you’re forgiven, made pure in God’s sight, and given eternal life; but you aren’t yet perfect. Growing in God’s holiness is a lifelong endeavor. It’s the process of godliness. But like all the qualities we’ve studied, it doesn’t happen to us passively.

We have a part to play. The Bible says,

Therefore, since we have these promises, dear friends, let us purify ourselves from everything that contaminates body and spirit, perfecting holiness out of reverence for God. — 2 Corinthians 7:1 NIV

Does that have a familiar ring to it? It’s similar to what Peter wrote in the great passage we’re studying, 2 Peter 1:3-11. Remember how the paragraph opens in verse 3?

His divine power has given to us all things that pertain to life and godliness.

Notice that word. God has already given you everything you need for a godly life. But then Peter told us in verses 5 and 6 to add to our faith diligence, virtue, knowledge, self-control, perseverance, and… godliness!

But before you accuse Peter of circular reasoning, remember our approach. God does His part, and with His help, you do yours. Your spiritual formation and growth are a joint exercise between you and Christ, with Him providing the multiplied grace. Your role is to diligently add the needed effort to grow in godliness.

I’m told a portrait once hung near the entrance of the Alamo in San Antonio. It was supposed to be of James Butler Bonham. However, Bonham died in battle before his portrait could be drawn. Since his nephew bore a striking resemblance to him, the nephew stood in for the portrait of his uncle so future generations could know what the man who died for freedom looked like.3

In a similar way, Jesus Christ is the earthly portrait of God. The Bible says,

No one has ever seen God, but the one and only Son, who is Himself God and is in closest relationship with the Father, has made Him known. — John 1:18 NIV

The book of Hebrews adds,

The Son is the radiance of God’s glory and the exact representation of His being, sustaining all things by His powerful word. — Hebrews 1:3 NIV

By everything He said and did and was, Jesus, who is God the Son, manifested and revealed God to us. In the same way, your job is to manifest and reveal Christ to the world by what you say, what you do, and who you are. The essence of the Christian life is to increasingly resemble Christ. Godliness is Christlikeness, and Christlikeness is godliness.

As you grow in godliness, you become an increasingly accurate portrait of Christ for those who see you.

Adoniram Judson was America’s first overseas Protestant missionary, and he spent almost four decades serving and suffering in Burma. When he was dying, his wife, Emily, sat by his bedside reading newspaper clippings that described his lifetime of work. Some compared him to Peter and Paul. Others compared him to the heroes of Christian history. Judson quickly had enough. He clapped his hands together, burst into tears, and said, “Do not read me any more of those clippings. I do not want to be like any man. I want to be more like Jesus.”

So do we! But how exactly do we do that?

Peter didn’t give us a further definition of godliness in 2 Peter, perhaps because he had already devoted his first letter to that subject. The book of 1 Peter is all about responding to circumstances as Christ did. Peter told us that Christ left us an example and that we should follow in His steps (1 Peter 2:21). Writing to people who were facing persecution, he constantly reminded them that whatever happened in life, they should arm themselves with the attitude of Christ (1 Peter 4:1).

One paragraph in particular seems to capture the essence of godliness — 1 Peter 2:9-12:

But you are a chosen generation, a royal priesthood, a holy nation, His own special people, that you may proclaim the praises of Him who called you out of darkness into His marvelous light; who once were not a people but are now the people of God, who had not obtained mercy but now have obtained mercy. Beloved, I beg you as sojourners and pilgrims, abstain from fleshly lusts which war against the soul, having your conduct honorable among the Gentiles, that when they speak against you as evildoers, they may, by your good works which they observe, glorify God in the day of visitation.

When you come to Jesus Christ, you are His own special person. To add godliness in your life, remember to Whom you belong! How can you live a godly life without remembering you are God’s special possession, someone He redeemed by the blood of Jesus to be His very own? He called you out of darkness and into His marvelous light.

This lesson was a great help to Janet Holm McHenry, who speaks to women’s groups across the nation. “I never felt special,” she wrote, looking back over her life.

I wasn’t the smartest kid in the class — there were always others smarter than I. I wasn’t the most athletic. The one swim contest I entered I got third… out of three. I also never thought I was attractive. Enough said. To matter in this world, I took on leadership roles to earn others’ respect. In my senior year in high school I ran for and won SIX offices, including senior class secretary… I thought I’d make my mark by DOING things. Instead, I only made myself exhausted.

Two years after graduating from high school, Janet learned she could have a personal relationship with Jesus and — this was totally new to her  —she realized “HE wanted a relationship with ME. Like the Israelites I learned this scriptural truth: ‘The Lord your God has chosen you out of all the peoples on the face of the earth to be his people, his treasured possession’ (Deuteronomy 7:6).”

The effect on Janet was astounding. “I am treasured,” she wrote. “God values me and wants a relationship with me. He wants to delight me, inspire me, fulfill me, and walk with me, day by day.”

In the years since, Janet tells people, “YOU are His treasured possession too. And if you’re trying to find your worth in doing things or winning things or being the prettiest/smartest/most athletic… just STOP, okay? Just stop. Because Jesus loves you… and He is enough.”4

Excerpted with permission from Everything You Need by David Jeremiah, copyright David P. Jeremiah.

Jesus knows how to clean house! How wonderful that in relationship with Him, we have the opportunity to be made more like Him every day! He loves you! Come share your thoughts with us on our blog. We want to hear from you! ~ Devotionals Daily