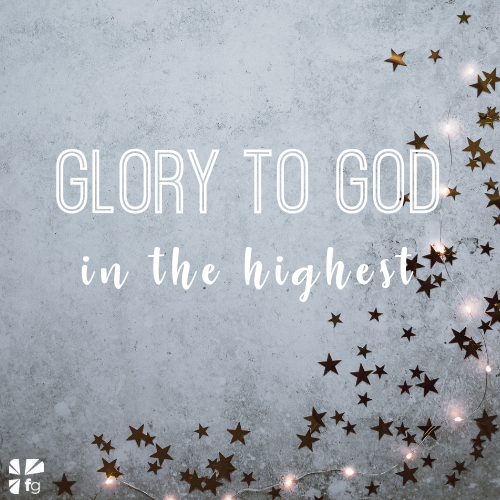 Do you think that I cannot appeal to my Father, and He will at once send me more than twelve legions of angels? — Matthew 26:53 ESV

On the Sunday before Christmas, our family hurries home from church, excited to light the “Angel Candle.” The circle of light was finally complete on our Advent wreath, and our celebration of Christmas was just around the corner.

It’s no wonder so many ornaments feature angels. They played a huge role in Jesus’s arrival on earth. Gabriel appeared to Mary to prepare her for the role she would fill. Then an angel came to Joseph in a dream to encourage him to take Mary as his wife. The night Jesus was born, a whole host of angels filled the skies over the Bethlehem fields to sing with joy. Later, an angel warned Joseph of Herod’s plot to kill Jesus, so they could escape to Egypt; and later still, an angel told Joseph when it was time to return to Israel.

The intersection of the heavenly realm with the experience of humans on earth is especially vibrant during the wonder of the incarnation, but there are other glimpses of angels throughout Jesus’s life. After the temptation in the wilderness, angels came and ministered to Him. And as He prayed in the garden on the eve of His death, an angel came to strengthen Him.

All of this interaction with angels makes Jesus’s words in Matthew 26 especially powerful. The Lord of Heaven and earth, who was comforted by angels, chooses the road of suffering to reveal His glory.

As we prepare our hearts for our celebration of Christmas, we are reminded of the reason for His birth. He loves us enough to take on the burden of humanity, to die, and to rise again. Glory to God in the highest!

Faith Step: Take a cue from the angelic choir and sing praise to Jesus today.

Excerpted with permission from Mornings With Jesus 2019, copyright Guideposts.