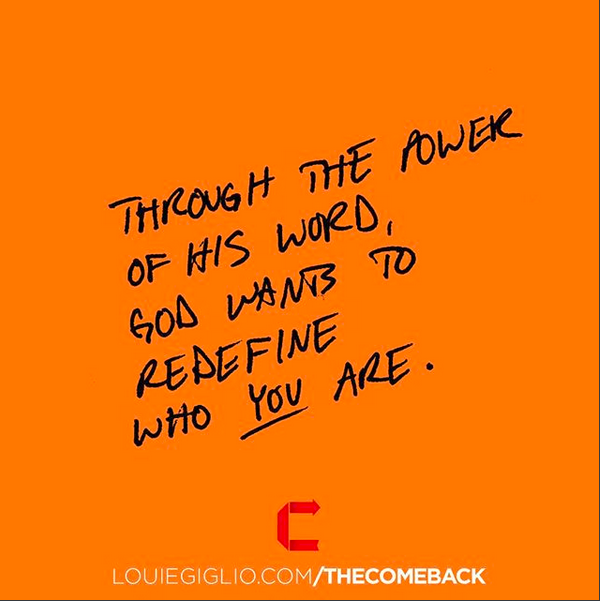 The legendary singer Johnny Cash was known as the Man in Black, but in a lot of senses he could be called the king of come- backs. He spent much of his life coming back from his addictions and problems that tore through his family like tornadoes. Cash’s comebacks were genuine turnarounds, but then he would slip back into a lifestyle that as a child of God he had deplored. He had career comebacks, too, returning from near oblivion to the top of the charts in the country, rock, and gospel music worlds.

Possibly his biggest comeback came near the end of his life. Johnny was nearly blind by then, suffering with advanced diabetes. He could no longer walk and was under constant nursing care. He had suffered the loss of his pillar of strength, his beloved wife, June Carter Cash. In the car on the way home from her funeral, Johnny turned to his son and said, “I have to get to work. I have to get into the studio.”1

Four days later, they were in the studio, recording, laying down track after track. “Such resolve could only have come from God,” said John Carter Cash. “The place where he found the greatest solace was in the studio.”2 In a burst of strength, Johnny recorded sixty more songs in the few months he had left. He presented a surprise public concert, singing, among other songs, the iconic “Ring of Fire.” It was a comeback that was a tribute to his wife and his God. Johnny Cash died September 12, 2003, just a little more than three months after his wife June. Johnny stepped out of his personal ring of fire and into the arms of his Father, the last comeback he’d ever need.

Are You In Need of a Comeback?

Whatever you need to come back from, I want you to hear this: if Jesus is alive from the dead — and He is — and if Jesus has conquered death and hell — and He has — then it’s possible for every person to have a comeback story.

Maybe you’re thinking that the comeback principle is all well and good for other people. For you, it’s simply too late. The Enemy has deposited a boatload of hopelessness into your world. You might think you’ve gone too far, you’ve stepped over the line of no return, you’ve blown all your chances, it’s over.

Maybe you think it’s too late for any kind of comeback because you’re too jaded or too scarred or maybe you think you’re simply too old. Life feels like it’s running out too fast, and there isn’t enough time left to turn around in any significant way. 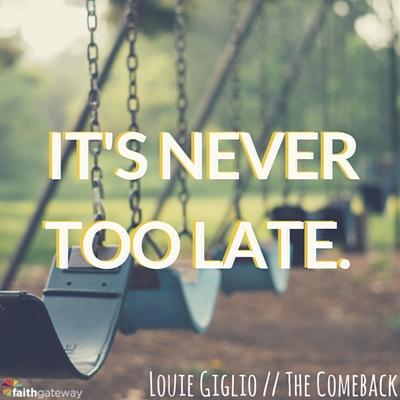 What about you? Do you feel like it’s too late for you? Or too late for someone in your life? It’s not! God loves giving thirtieth and forty-fifth and hundredth chances. He loves setting His kids up for comebacks. Do you need a comeback today? Join the conversation on our blog! We want to hear from you. ~ Devotionals Daily