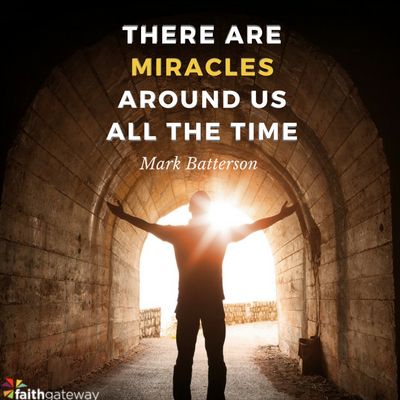 Cloudy with a Chance of Quail

I love miracles, and I love food, so I really love food miracles.

And while there are multiple food miracles in Scripture, the day God provided quail meat in the middle of nowhere may rank as the most amazing. When the Israelites exited Egypt, a quailstorm was definitely not in the forecast.

The people of Israel also began to complain, “Oh, for some meat!” they exclaimed. “We remember the fish we used to eat for free in Egypt. And we had all the cucumbers, melons, leeks, onions, and garlic we wanted. But now our appetites are gone. All we ever see is this manna!”

The Israelites were complaining. I know, shocking! Instead of manna, they want meat to eat. And as a hardcore carnivore, I under- stand that. If you haven’t eaten at an all-you-can-eat Brazilian steakhouse, you aren’t ready to die yet. But talk about selective memory!

The Israelites longingly remember the free fish they ate in Egypt, and forget the little fact that the food was free because they weren’t.

The Israelites weren’t just slaves; they had been the victims of genocide. Yet they missed the meat on the menu? And isn’t it just a little ironic that the Israelites were complaining about one miracle while asking for another one? Their capacity for complaining was simply astounding, and we scoff at the Israelites for grumbling about a meal of manna that was miraculously delivered to their doorsteps every day, but don’t we do the same thing?

There are miracles all around us all the time, yet it’s so easy to find something to complain about in the midst of those miracles. The simple act of reading involves millions of impulses firing across billions of synapses. While you’re reading, your heart goes about its business circulating five quarts of blood through a hundred thousand miles of veins, arteries, and capillaries. And it’s amazing you can even concentrate, given the fact that you’re on a planet that is traveling 67,000 miles per hour through space while spinning around its axis at a speed of 1,000 miles per hour. But we take those manna miracles, the miracles that happen day in, day out, for granted.

Despite the Israelites’ incessant complaining, God patiently responds to their food tantrum with one of the most unfathomable promises in Scripture. He doesn’t just promise a one-course meal of meat; God promises meat for a month. And Moses can hardly believe it. Literally.

Moses is doing the math in his mind, and it doesn’t add up. Not even close! He is trying to think of any conceivable way that God could fulfill this promise, and he can’t think of a single scenario. He doesn’t see how God can fulfill His impossible promise for a day, let alone a month.

Have you ever been there?

A couple years ago, Adam Taylor went on one of our annual mission trips to Ethiopia. While he was there, he knew God was calling him to invest more than one week of his life. God was calling him to go all in. The defining moment was when a fifteen-year-old boy named Lilly popped out of a sewer manhole cover. He didn’t have any shoes on, so Adam spontaneously gave him his. Lilly took Adam on a tour of the sewer where he found an entire community of orphans living under the streets. In that moment, Adam knew that Ethiopia was his Jericho.

The prospect of leaving a six-digit salary didn’t add up, but Adam didn’t care. He moved to Addis Ababa, Ethiopia, trusting that God would provide, and he started a ministry called Change Boys, which rescues street kids and gives them a home to live in. In fact, twenty-two kids live with Adam in a house that God miraculously provided. Adam signed the lease on the house, not knowing how God would provide. Meanwhile, we released our annual Christmas catalog that raises money for a variety of mission projects. Adam didn’t know it, but Change Boys was one of those projects. How appropriate that Adam’s spiritual family, National Community Church, would cover an entire year’s lease. When Adam heard the news, he cried. Then we cried.

Adam’s story has inspired others within our church to step out in faith too. In fact, his name has been turned into a verb. “Pulling an Adam Taylor” has become synonymous with taking a step of faith that doesn’t add up.

This predicament reminds me of another food miracle that happened in the Judean wilderness about fifteen hundred years later. A crowd of five thousand is listening to Jesus speak. He doesn’t want to send them away hungry, but there aren’t any eating establishments anywhere. Then a nameless boy offers his brown-bag lunch of five loaves and two fish to Jesus. It’s a nice gesture, but Andrew verbalizes what all the other disciples must have been thinking: “How far will they go among so many?” Like Moses, Andrew starts doing the math in his head and it doesn’t add up.

If you put what little you have in your hand into the hand of God, it won’t just add up; God will make it multiply.

The quail promise was one of those defining moments for Moses. He had a defining decision to make: to circle or not to circle.

So Moses went out and told the people what the Lord had said.

Moses risked his reputation and circled the promise. He pushed all of his credibility chips to the middle of the table and told the Israelites that God was going to give them meat to eat. This had to be one of the toughest decisions he ever made, one of the scariest sermons he ever preached, one of the craziest visions he ever cast. It doesn’t add up, but the will of God never does add up by human calculation. Moses had no earthly idea how God was going to keep His promise, but that isn’t our business anyway. That is God’s business. Too often we let how get in the way of what God wants us to do. We can’t figure out how to do what God has called us to do, so we don’t do it at all.

I had one of those “this is crazy” moments last summer while traveling in Peru. After hiking the Inca Trail to Machu Picchu, Parker and I had an opportunity to check a goal off our life goal list by paragliding over the Sacred Valley. Paragliding is one of those experiences that sounds amazing when your feet are firmly planted on terra firma, but the closer you get to the cliff the more you question whether you should be running off it. I have a minor fear of heights, and that fear was not alleviated by the sixty-second orientation given in broken English by my Peruvian tandem partner, who was half my height. His instructions? Run as fast as you can toward the cliff. That’s it.

We ran off the cliff and caught an updraft in our parachute. The next thing I knew we were sailing over the Sacred Valley at 14,000 feet. Despite the fact that I lost my lunch seven times in twenty minutes, paragliding ranks as one of the most exhilarating experiences of my life. I learned that if you aren’t willing to put yourself in “this is crazy” situations, you’ll never experience “this is awesome” moments. If you aren’t willing to run off the cliff, you’ll never fly. I also learned that paragliding is amazing for your prayer life.

You can’t not pray when you are running off a cliff. The same is true when we take a flying leap of faith.

Can you relate with complaining even in the middle of miracles? Are you ready to start thanking instead of complaining and taking a leap of faith or two? Come join the conversation! We want to hear from you about leaping into some “this is awesome”! ~ Devotionals Daily