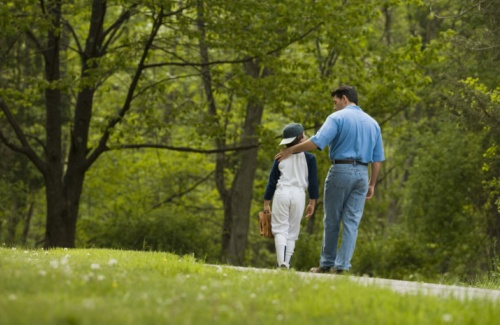 I used to tell my staff, “People don’t care how much you know until they know how much you care.” They would groan because they heard me say it so much, but they recognized that it was true nonetheless. You develop credibility when you connect with people and show that you genuinely care and want to help them. And as a result, they usually respond in kind and want to help you.

An excellent example of a leader who was able to connect with both audiences and individuals was President Ronald Reagan. His ability to develop rapport with an audience is reflected in the nickname he received as president: the Great Communicator. But he also had the ability to touch the hearts of the individuals close to him. He really could have been called the Great Connector.

Former Reagan speechwriter Peggy Noonan said that when Reagan used to return to the White House from long trips and the staff heard his helicopter landing on the lawn, everyone would stop working, and staff member Donna Elliott would say, “Daddy’s home!” They couldn’t wait to see him. Some employees dread it when their boss shows up. Reagan’s people felt encouraged because he connected with them.

Connect With People One at a Time

I’ve had the opportunity to speak to some wonderful audiences during the course of my career. The largest have been in stadiums with more than sixty thousand people in attendance. Some of my colleagues who also speak for a living have asked me, “How in the world do you speak to that many people?” The secret is simple. I don’t try to talk to the thousands. I focus on talking to one person. That’s the only way to connect with people. It’s the same way when writing a book. I don’t think of the millions of people who have read my books. I think of you. I believe that if I can connect with you as an individual, then what I have to offer might be able to help you. If I’m not connecting, you’ll stop reading and go do something else.

1. First, Connect with Yourself

You must know who you are and have confidence in yourself if you desire to connect with others. People don’t heed the call of an uncertain trumpet. Be confident and be yourself. If you don’t believe in who you are and where you want to lead, work on that before doing anything else.

2. Communicate with Openness and Sincerity

People can smell a phony a mile away. Legendary NFL coach Bill Walsh observed, “Nothing is more effective than sincere, accurate praise, and nothing is more lame than a cookie-cutter compliment.” Authentic leaders connect.

When you work with individuals, knowing your audience means learning people’s names, finding out about their histories, asking about their dreams. When you communicate to an audience, you learn about the organization and its goals. You want to speak to what they care about, not just what you care about.

Perhaps the most important thing you can do as a leader and communicator is to practice what you preach. That’s where credibility comes from. Plenty of people out in the marketplace are willing to say one thing to an audience but do something else. They don’t last.

As a communicator, I dislike any kind of barrier to communication. I don’t like to be too far from my audience or too high above them on a stage. And I definitely don’t want any physical barriers between me and the people. But a person’s method of communication can also be a barrier. Whether I’m speaking from a stage or sitting across from someone in my office, I try to speak the other person’s language, to go to that person. I try to be attuned to others’ culture, background, education, and so on. I adapt to others; I don’t expect them to adapt to me.

6. Focus on Them, Not Yourself

People expect leaders to help them get where they want to go. But good leaders do that and more. French general Napoleon Bonaparte said, “Leaders are dealers in hope.” That is so true. When you give people hope, you give them a future.

How do you connect with people? Which of these eight tips are areas where you need to focus on changing or improving your communication style? Leave a comment below. 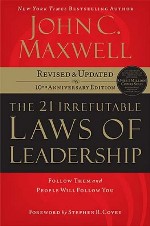 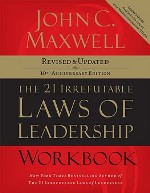